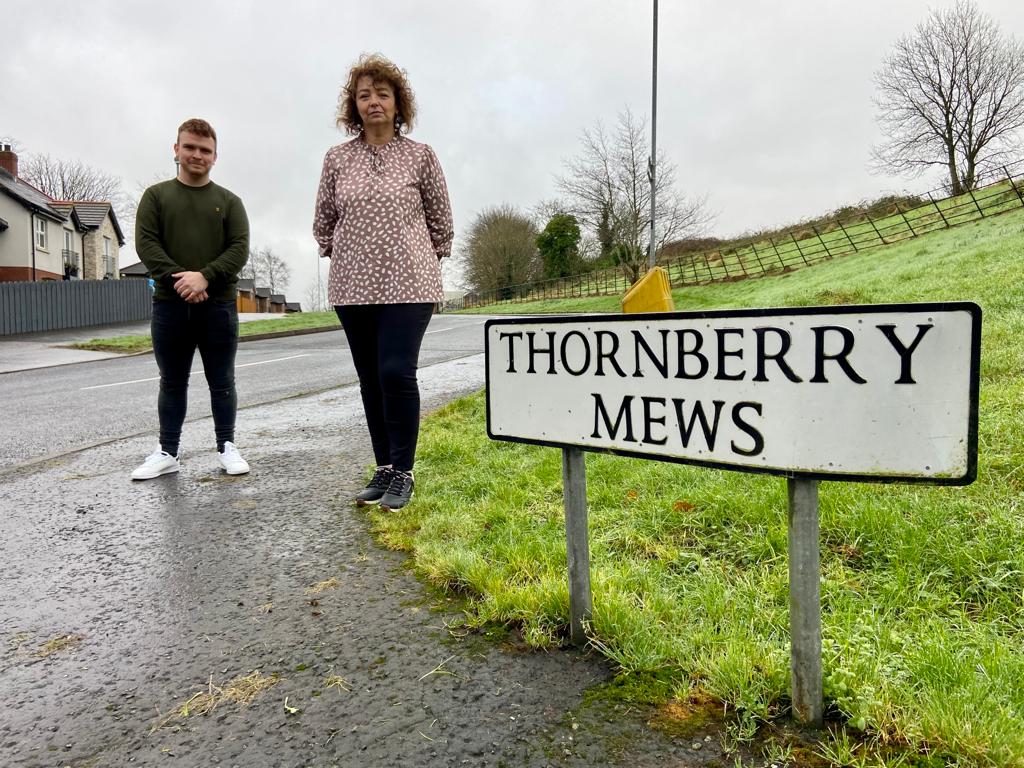 RESIDENTS in Ligoniel are being "denied" gritting services during cold snaps, a Sinn Féin councillor has complained.

Councillor Ryan Murphy was speaking after failure from the Department for Infrastructure to provide gritting services for the Thornberry and Mill Road areas following recent icy and snowy weather.

Cllr Murphy says he does not understand why buses are able to operate on the routes, but gritting lorries cannot.

“This is the second year in a row that the Department For Infrastructure has denied local people gritting services for the Thornberry and Mill Road areas," he explained.

"Their argument makes absolutely no sense whatsoever as buses use these routes yet we are told gritter lorries from the same government department can’t.

“Not only is this an equality and safety issue it is also a denial of other services when residents can’t even get their bins emptied in icy conditions.

“Increasing numbers of people are choosing to make the Ligoniel community their home and government department’s must keep pace with the speed  of development and stop hiding behind an argument between officials  and developers.

“Icy conditions can be severe at times in the winter and Ligoniel actually needs an additional focus to ensure services continue however we aren’t even getting the minimum standard of service currently and that needs urgently resolved.”

A Department for Infrastructure spokesperson said: “The Department is aware that the roads highlighted are on a bus route however the consideration of roads for inclusion in the Department’s winter service schedule of treated routes is restricted to the adopted road network.

"Unfortunately, as a substantial section of the roads highlighted are not adopted, they cannot be added to the salting schedule at this time.

"In relation to the adopted road network in this area, the Department has provided nine salt boxes to assist road users on a self-help basis during wintery conditions and the Minister has asked officials to keep this road under review.

"There are a number of developers presently working in this area with developments at different stages and Departmental officials are in regular contact with them to ensure they are fully aware of the outstanding issues that need to be addressed to progress adoption of these roads.

"When the developers complete the housing development and the road network, the Department will progress the adoption process as soon as is practicably possible.

"Once adoption is complete the Department will carry out a winter service assessment.”