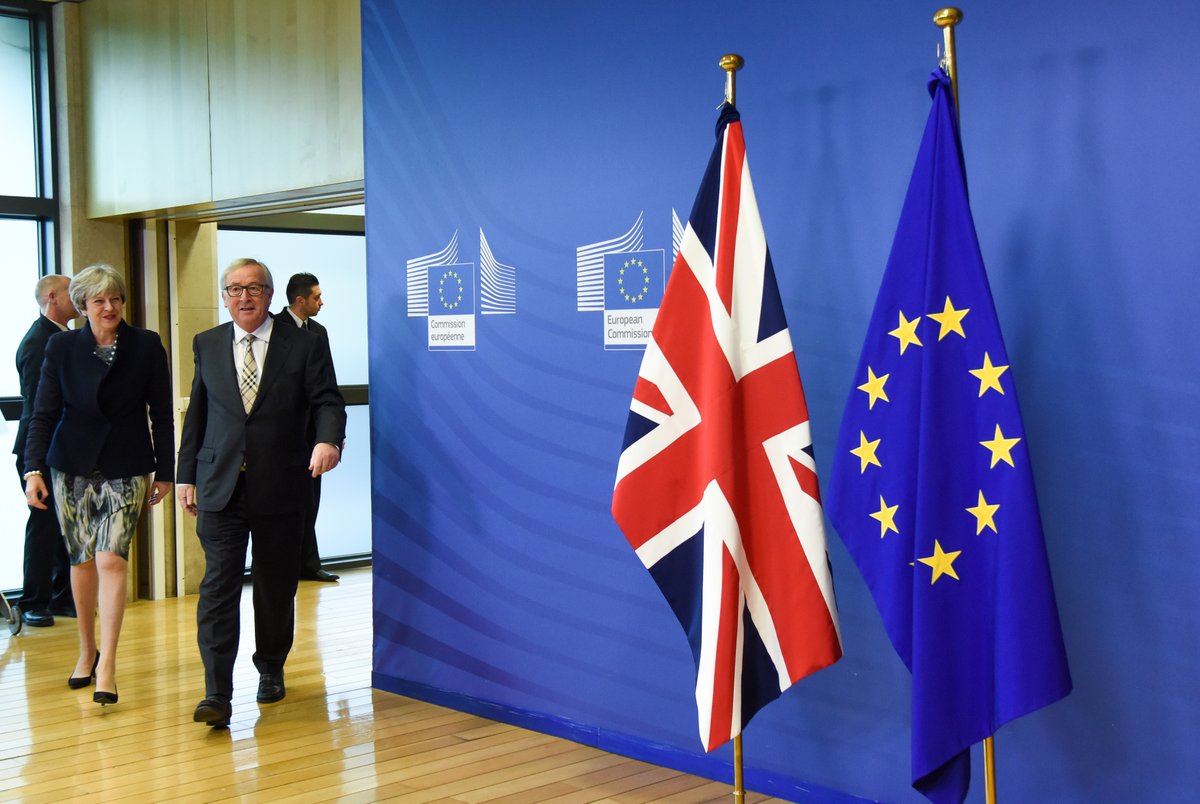 Theresa May and Jean-Claude Juncker said negotiations would continue

Sinn Féin and the SDLP have again told British government and EU negotiators that a hard border in Ireland would not be acceptable after a deal fell through at the last minute yesterday.
Amid claims that Theresa May had agreed that the north should not have any regulatory difference with the south post-Brexit, a hard hitting statement from the DUP saying they wouldn’t stand for the six counties having a different deal from Britain led to last minute backtracking by the Prime Minister with doubt surrounding the possibility of a new deal being delivered ahead of next week’s December 15 deadline.
The apparent collapse of the deal saw nationalist parties reiterate their commitment to securing special status.
Sinn Féin MEP Matt Carthy said that continued to be his party’s goal.
“Sinn Féin has repeatedly put forward the position that we need to see Designated Special Status for the North of Ireland, within the European Union,” he said.
“People in the north of Ireland voted to remain in the EU. There is no mandate for Brexit in any part of Ireland.
“It is therefore crucial that the north remains in the Customs Union and the Single Market.
“The Peace Process and the Good Friday Agreement, in all its parts, must be protected.
“The rights of Irish and EU citizens in the North must be upheld.
“It's now time for those farmers, businesses, trade unionists and communities who support the DUP to challenge that party’s reckless and irresponsible stance.
“The actions of the DUP are in direct conflict with the best interests of those whom they claim to represent and those who voted for them."
Speaking after meeting tourism leaders, the SDLP’s John Dallat said a hard Brexit would be detrimental to the local economy
“The SDLP has been campaigning for a long time for incentives to boost the local industry but much of that work – on VAT on hospitality products, for example – will be totally negated if we erect barriers to all island tourism.
“This is a matter I will be exploring with the tourism authorities across this island. But it’s clear that the border must be open for tourists. The easiest way to do that, of course, is for the north to remain in the Single Market and Customs Union, guaranteeing free movement across the island.”