GERRY FALOONA - THE MOTOR MAN: Have a weekend away with a difference 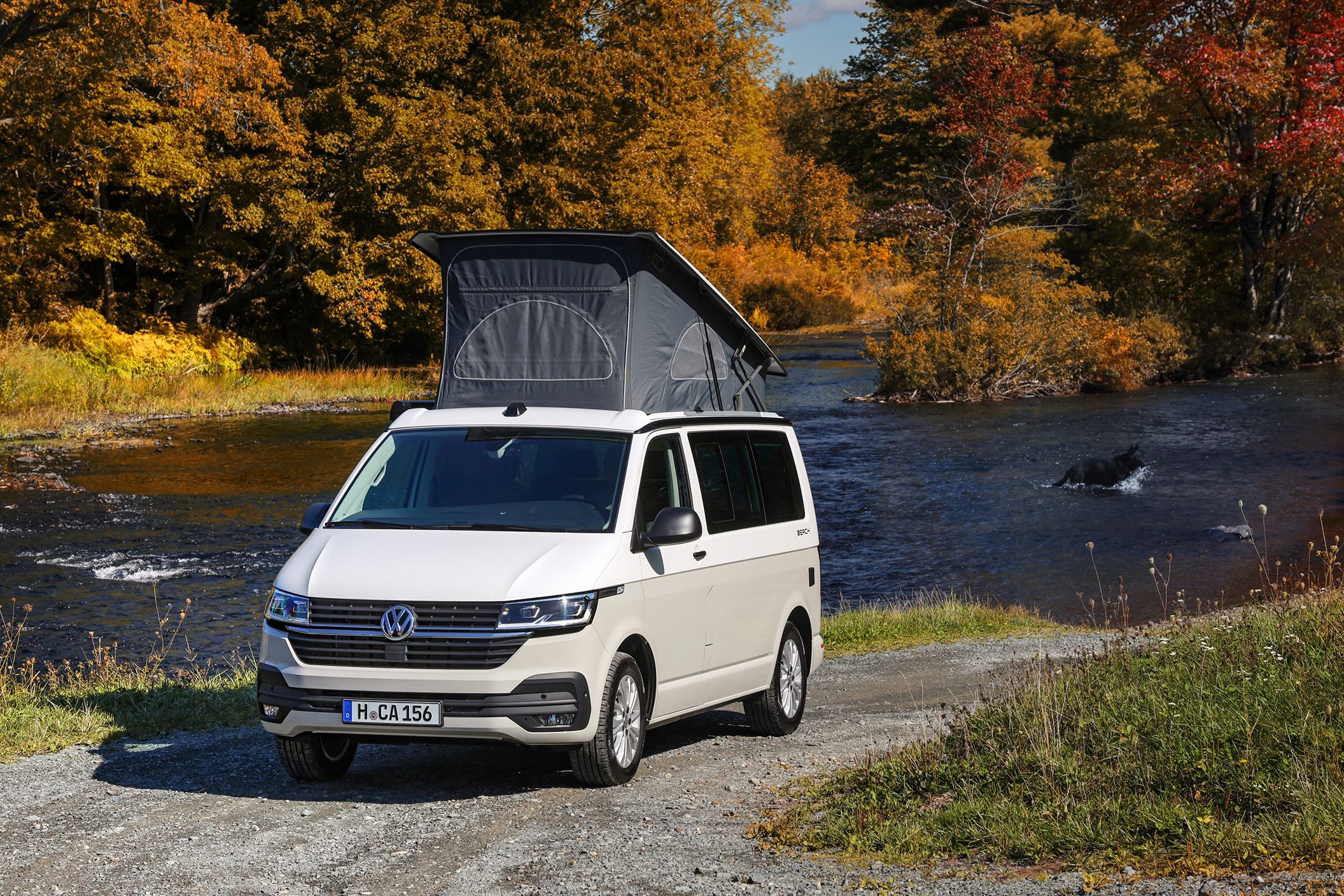 HOME FROM HOME: There will be no stopping you touring the country in a California Beach

THE VW Campervan is an iconic piece of automotive history, it has never gone out of fashion and is supported by many famous owners including Rick Stein, Jensen Button, Richard Hammond and Robbie Williams to name but a few. And now with the growing trend of campervan holidays and glamping fuelling demand VW has launched two new models of their “California Beach” campervans called the “Camper” and the “Tour”.

When the original campervan was released in 1949 it cost around £600, times have changed and the new vehicle will set you back more than £52,000. The original had a top speed of 65mph the new van will almost double that at around 120mph and of course the trim is a world apart. VW has reintroduced the Beach model to the line-up following this surge in demand, which will feature two variants, the Camper and the Tour, making the California 6.1 line-up more attractive to larger families and to those who need a more flexible Multi Purpose Vehicle (MPV) to accommodate their hobbies or occasional journey rest stops.

Prices for the “Tour” will start from £52,062 and it features five seats as standard, with the option to increase to six or seven, making it the only campervan on the market flexible enough to seat this number of people. Prices for the “Camper” will start from £52,302 and it offers four seats as standard with an option to increase to five, as well as a pull-out mini kitchen with a single gas hob, and pull-out awning.

With order books now open, Volkswagen Van Centre teams are available by phone or online for sales enquiries or appointment booking and VW have confirmed that all their Van Centres are complying with the latest advice on COVID-19. VW also guarantees that it will not pass on any post-Brexit tariffs to orders placed before the 2nd of December 2020, providing confidence and offering certainty in uncertain times. Deliveries for the Camper and Tour models are expected by March 2021. Both are powered by a 2.0 TDI 148hp seven-speed diesel engine with direct-shift gearbox and feature a manual pop-up hydraulic roof, 17-inch alloy wheels, DAB radio with App Connect and a camping table with two folding chairs.

Product Manager at VW Commercial Vehicles, Alice Axtell, said: “The California van has been the camper of choice for many over many years and provides the ideal companion to explore some of the most popular destinations as more people continue to opt for staycations instead of travelling abroad.”

If you are looking for a camper that will facilitate the odd weekend away for fishing, a festival or attending sporting event, something that will let you take an overnight break on long journeys then the California may just be right for you, but, if you are looking for a luxury glampervan for family holidays or long breaks, this may not be vehicle of choice for you, the VW is a great weekender it’s not a motorhome.

THE expected ban on the sale of new petrol and diesel engine cars in the UK set to commence in 2040 has been brought forward to 2030 in an effort to speed up widespread electric vehicle (EV) adoption, the EU has muted it may bring it forward to 2025. The proposal was first announced in 2018 as part of a strategy to reach net-zero carbon emissions by 2050. While the ban on petrol and diesel cars will be brought forward, news that hybrid cars can be sold until 2035 will be a boost to petrol retailers whose businesses could be decimated. Something that has not been made clear in the announcement is how the legislation will apply here post Brexit, in respect of car sales, at the moment, no one really knows.

Criticism of the plan centres on the state of the public charging network, which is widely thought to be incapable of accommodating an influx of EVs. In May last year, the Committee on Climate Change voiced concern that the original 2040 date wasn't soon enough to meet the net-zero target, calling upon the British government to “continue to support strengthening of the charging infrastructure, including helping drivers who do not have access to off-street parking”. In response, the government increased charger grants in an effort to encourage EV uptake in urban areas. It also suggested that some public money could be used to develop a publicly accessible charger monitoring platform, which could be integrated into sat-nav systems.

“But as well as accelerating the phase-out, the British government must set out a credible plan to get there, a plan that backs the low-carbon jobs and industries of the future and ensures that workers and communities are properly supported in the transition to a fairer and cleaner economy.

Not good news for the EV rollout was a study by Kwik Fit that revealed that just 8% of car owners expect their next vehicle to be electric, a third of those who said no highlighted a lack of fast charging points, a third highlighted the inability to charge at home and a third blamed the distance the cars could travel on a single charge. Many highlighted cost compared to an equivalent petrol or diesel model and others worried about battery life.

Comment: With the phasing out of petrol and diesel engined vehicle sales how will revenues be raised to maintain our roads? Currently electric vehicles pay no road tax with the entire financial burden of maintaining roads spread across the conventionally powered vehicle owners, £40 billion per annum to be exact. Does this mean the end of free road tax for electric vehicles perhaps it means an increase in other taxes such as income tax or VAT? Have the law makers thought this through fully. Green is good, but there will be cost implications. Watch this space.