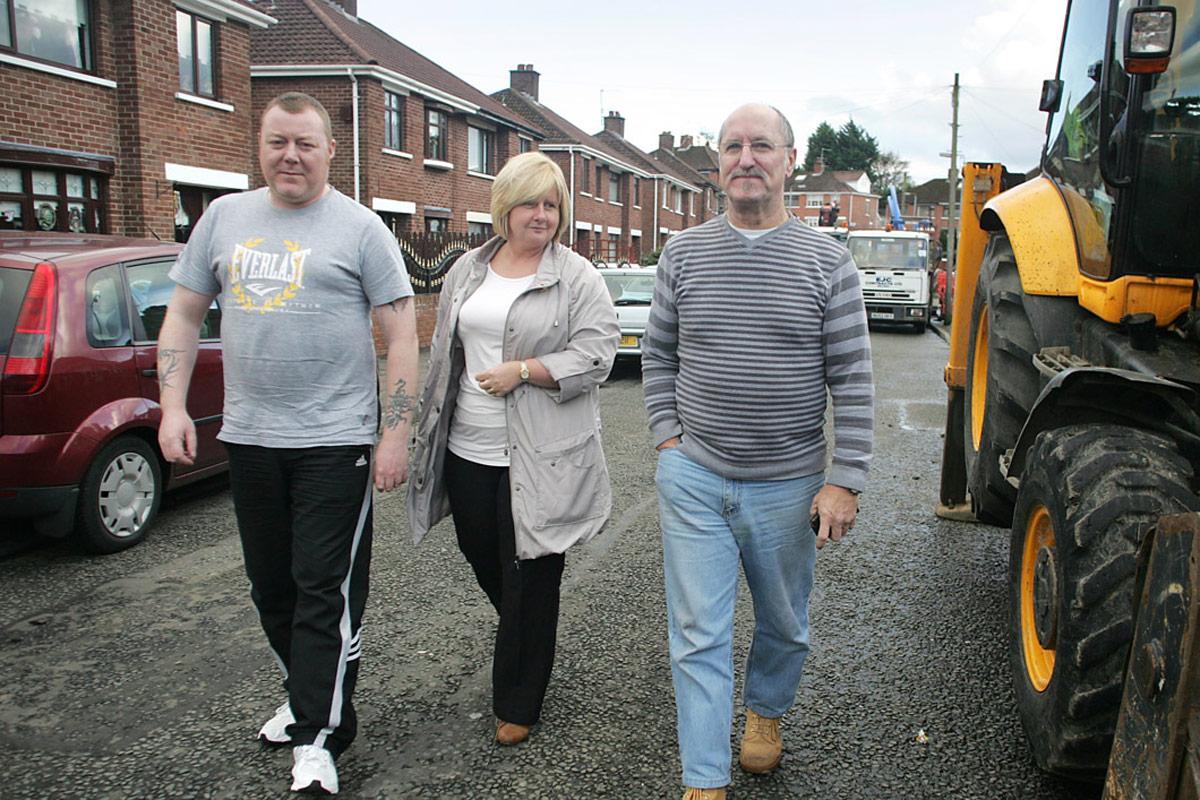 Residents of an Ardoyne street say they feel like they are trapped in their own homes because of ongoing roadworks blocking access.

Residents say they have had no warning from the utility supplier that roads would be blocked to traffic by heavy vehicles. They have also expressed their concern that water supplies and street lighting have been affected.

When we visited the area this week we were unable to access Mountainview Parade by car because of the heavy vehicles in the street.

Fidel Ewing, who lives in the street, said streetlights and water supplies have been affected without warning.

“These are major roadworks and we have had no indication that the road was going to be closed,” he said. “There has been no street lighting at night for the past five nights and our water was off on Tuesday morning without any prior warning. We should be compensated for this. They knew this was happening and they should have held a meeting with the people to let us know exactly what was going to be happening.”

Bernadette Keenan, who also lives in Mountainview Parade, said elderly people are afraid to leave their homes at night.

“We can’t drive up and down our street, there are no signs, the place is filthy. There are pensioners living in this street and they are afraid to go out at night because it is so dark,” she said.

A spokesperson for NI Water said the road hasn’t been closed because they are “making every effort to accommodate local residents”.

“Whenever necessary, we are facilitating residents and delivery lorries etc through the work site.  However as it is a construction site, delays will be inevitable as plant/machinery needs to be moved to enable vehicles to pass. Access in and out of the estate on either side of our works is not affected.”