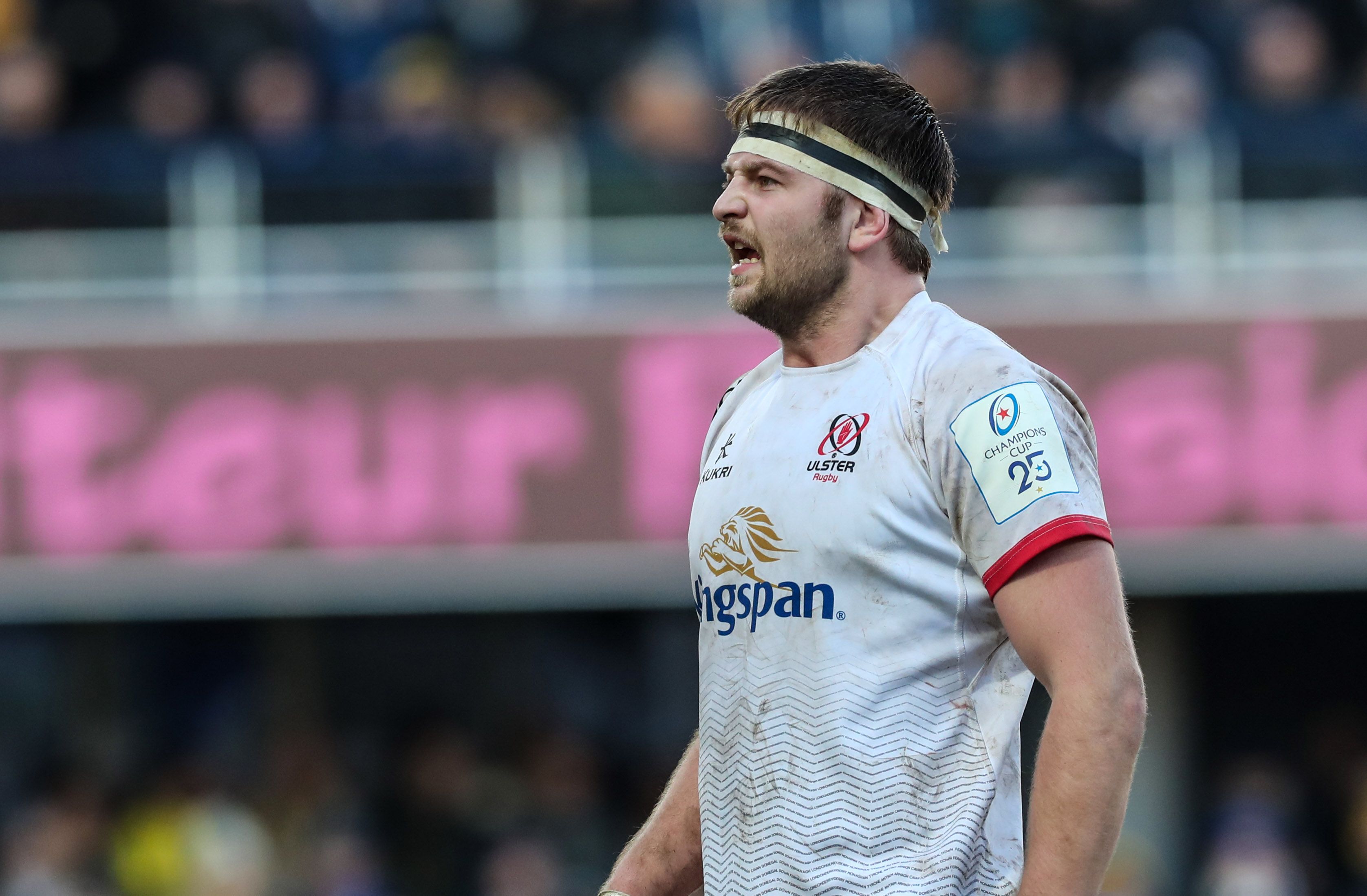 ULSTER captain Iain Henderson returns to the starting line-up for tonight’s Rainbow Cup opener against Connacht at the Kingspan Stadium (kick-off 8.15pm).
The Irish international picked up a shoulder injury during the Six Nations victory over England at the Aviva Stadium last month.
The return of the second row is a huge boost to Ulster coach Dan McFarland ahead of the European Challenge Cup semi-final at Leicester Tigers next Friday night.
Jacob Stockdale moves from the wing to full-back while Will Addison has recovered from a long-standing back injury to take his place among the replacements.
Henderson is joined by Kieran Treadwell in the second row with Andrew Warwick starting at loose-head prop.
Tom O’Toole is at tight-head, Rob Herring starts at hooker with Matty Rea, Sean Reidy and Nick Timoney making up the back row.
With Stockdale moving to full-back, Ethan McIlroy and Robert Baloucoune are selected on the wings with Stewart Moore and James Hume at midfield.
John Cooney starts as scrum-half with Billy Burns at fly-half.

Connacht have made three switches for the trip to Belfast with Caolin Blade coming in at scrum-half, Ben O’Donnell starts on the wing and Jordan Duggan is in at loose-head prop.
Earlier this week, it was confirmed that the Rainbow Cup would be split into two tournaments as the South African teams were not permitted to travel to Europe due to ongoing Covid-19 restrictions.
The tournament was due to feature the 12 Pro14 sides and South Africans team Bulls, Sharks, Stormers and Lions.
Now, two tournaments will be held – one in Europe and one in South Africa.
The tournament was designed to be a precursor to the South African sides joining the Pro14 permanently from next season.

Ulster coach Dan Soper is expecting a typically competitive battle against inter-provincial rials Connacht tonight and feels it should act as the perfect test ahead of next week’s European Challenge Cup semi-final.
“Whatever the competition is, when you play an Inter-Pro, that brings a lift in intensity, so we’re expecting that this week,” said Soper.
“Yes, there’s the Challenge Cup semi-final next week, but our eyes are firmly on Connacht this week.
“It’s actually pretty good prep with a really good hit-out on Friday night against one of our nearest and dearest. Inter-Pros are always very tough so we’re expecting that this week.
“Connacht are an excellent side and they’ll be looking at this, as most teams will be, as a clean sheet starting at zero again. It’s a chance to go and win something. It’s just nice to be playing tough, meaningful games week-to-week and we’re certainly going to have that for at least the next four weeks with three Inter-Pros and a semi-final. There’ll be no complaints from us in terms of not getting tough fixtures.
“With Connacht we’ve had good, tough games. We were delighted to go down there and win at Christmas time, the first win in five years at The Sportsground.
“We were happy with that win because Connacht are a very physical side with a first-class set piece.
“They bring a lot of really inventive rugby to the party in how they play. You need to be really switched-on defensively because they always have a trick or two up their sleeve.
“I enjoy watching them as they’re an entertaining team to watch. We know it’s going to be a tough Inter-Pro and they’ll be smarting from us beating them at Christmas. They’ve had a good result up here in the last couple of years so they’ll be coming with belief, I’ve no doubt about that.”