DÚLRA: Here’s a bird that can look after itself 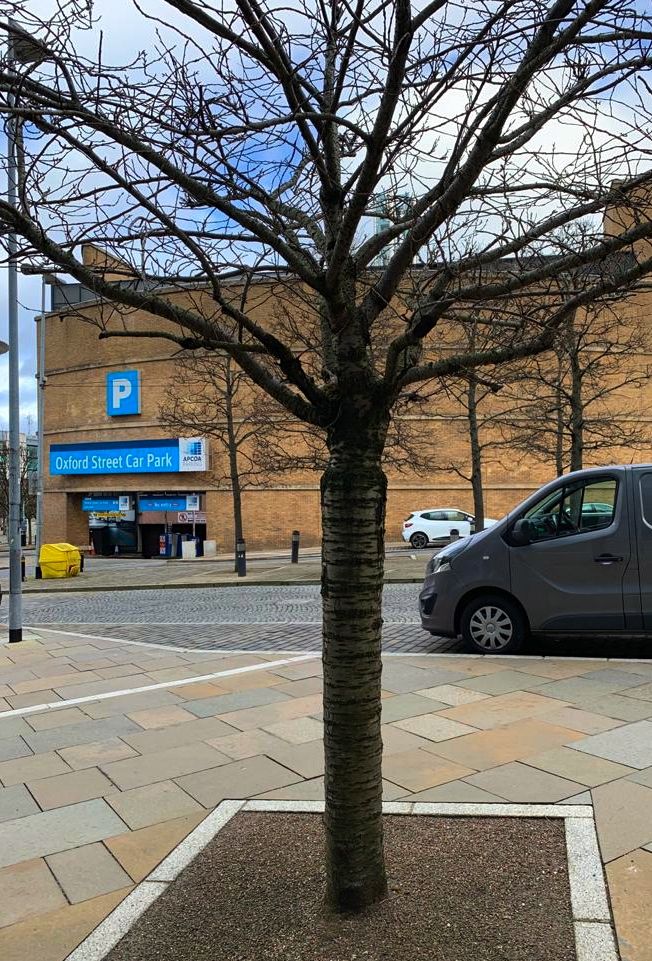 BREEDING SEASON: With the city centre quiet, this cherry tree in Lanyon Plaza is the nesting place of a mistle thrush

THIS mother bird sitting on her nest in downtown Belfast this week tells us all we need to know about the long winter – it’s over!

The mistle thrush is incubating her eggs in the heart of the city just outside BT Tower and the Hilton Hotel, an area which is usually bustling with workers. Of course now with most people working from home she’s got the city all to herself.

A row of cherry trees has been planted here, and it’s amazing how even small inner-city trees like these can be so vital for nature.

Last year Dúlra wrote about a colony of goldfinches that built nests in the same trees. A bird-watching worker in the tower block had heard their delightful twitter from an open window and told Dúlra about their nests, which were built among tangles of leaves on the extremities of the trees.

This mistle thrush isn’t so careful. It’s our biggest native thrush – in fact the biggest in Europe – and so it's strong enough to see off most intruders. It doesn’t go to any great lengths to hide its nest, normally choosing a fork in a tree. But with so few trees in Ireland, the bird took to building a nest on stone walls – Dúlra would always check out any abandoned cottages while out walkng and as often as not you’d find a nest sitting on a wall, usually around head height.

And that’s what’s remarkable about this nest in the photograph – not only is it in the city centre, but it’s at head height. This bird is confident. Any seagulls or magpies that happen to spot the nest will soon find it’s not worth the hassle to rob – they’ll face two strong parents willing to fight to the death for their offspring.

They'll see off sparrowhawks and, incredibly, even force cats into retreat. If any city worker on their lunch break is stupid enough to go too close to this nesting bird, they too could find themselves being sliced by a sharp beak.

Other smaller birds appreciate this big thrush’s aggression. Chaffinches treat them like a personal security team and often nest beside them. The small finch knows nothing will  mess with the thrushes, while the thrushes in turn benefit from the chaffinches’ vigilance.

While so many other birds are declining, this thrush adapted. Until 1920 in Europe, it was only found in coniferous forests. But then it decided to move into farmland and soon urban parks, although most gardens don’t have enough big trees to attract them.

Its Irish name is liatráisc – a sort of ‘grey thrush’ – but it’s a word you won’t find in the vast annals of early Irish literature. Because the mistle thrush was first sighted in Ireland in 1800. But it liked what it saw – it had colonised the whole country by 1850. On the other hand its smaller, cuter cousin, the song thrush – smólach – is referenced in many old poems and stories for its brilliant singing.

The mistle thrush doesn’t have such a rich repertoire, but its bigger size means that it can throw its voice much further – it’s audible two kilometres away!

Despite its height and voice, most of us aren’t familiar with it. One book points out that it’s easy to cross their large territories without noticing them.

They’re all around us, they’re big and they can be noisy, but they seem somehow to always blend into the background like they’re invisible.

Even in Lanyon Plaza, outside what is normally one of our busiest hotels, this mother bird incubating her eggs will go unnoticed to everyone – except Dúlra, of course! 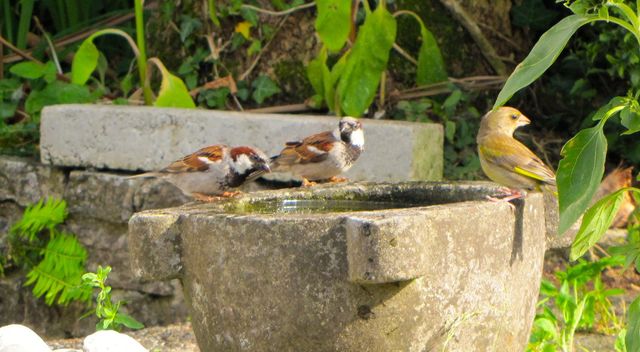 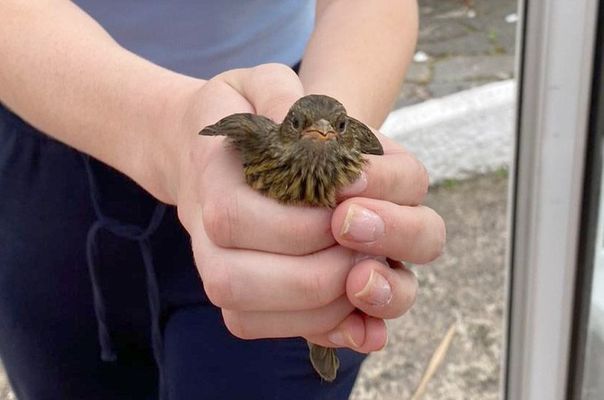 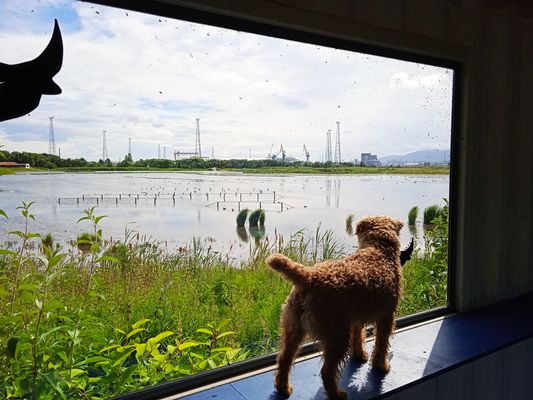 DÚLRA: Poor wee Mac stuck on the inside looking out