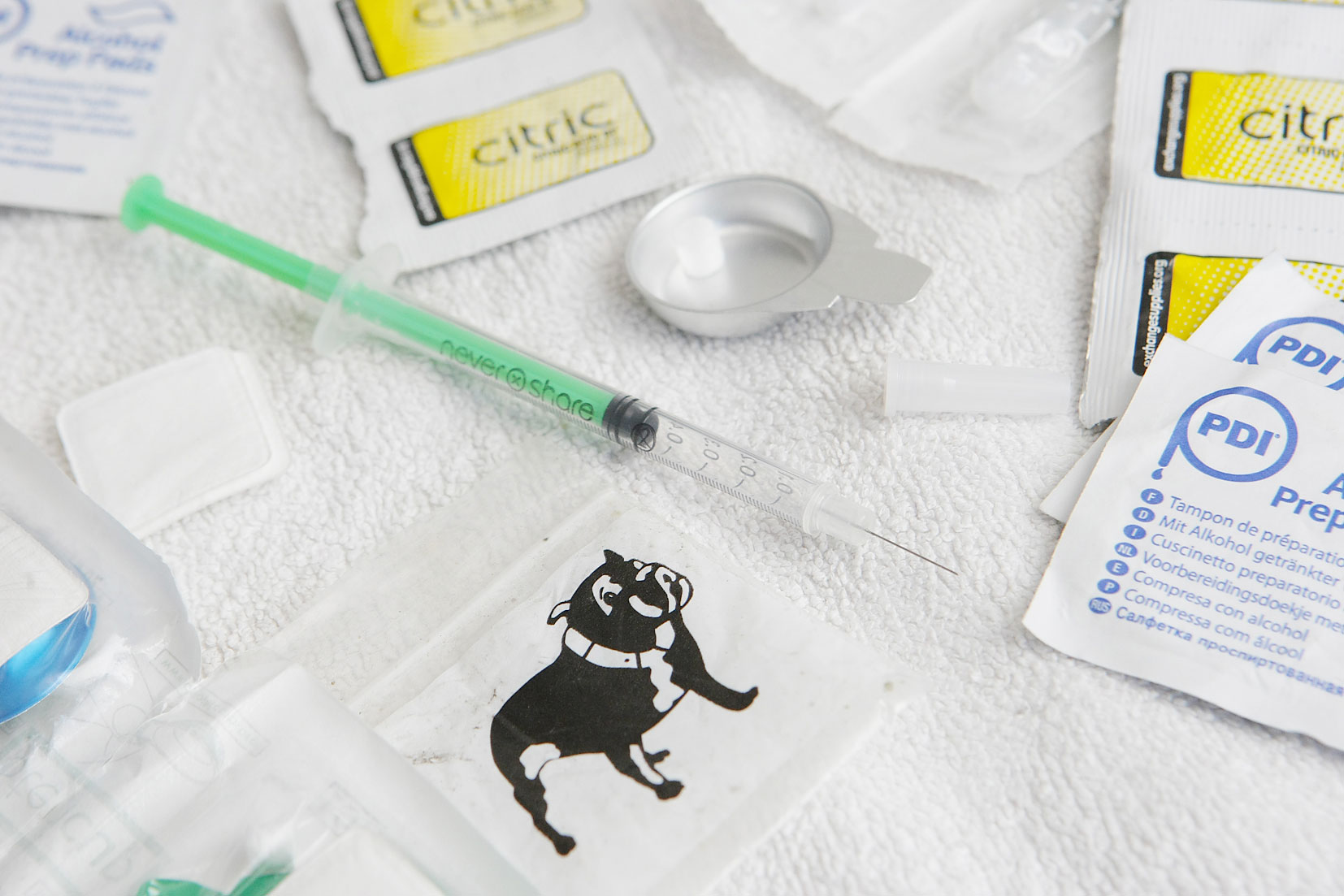 A lower Falls community worker is calling for strict drug safety measures to be implemented after the discovery of a heroin kit and other drug paraphernalia in the district.

The grim discovery was made on Saturday afternoon in a back garden close to the popular Divis Play Project crèche at the Frank Gillen Centre.

Speaking to the Andersonstown News, local community worker Gerard Fitzpatrick said the kit, made up of syringes, sachets of citric acid and alcohol prep pads, was thrown over a wall into the back garden of a house in Clonfadden Crescent on Saturday afternoon.

“The drugs were given to me by a representative from the Joe McKelvey Republican Society who had obtained it from a local resident,” said Kevin. “It was discovered in their back garden where their young grandchildren play all the time. This grim discovery must be highlighted as the local community is at risk.”
Gerard stressed the need for urgent safety measures in and around the area.

“There is an issue here and the PSNI are aware of this problem and have been for some time but they are turning a blind eye.

“The drug kit was found close to where there are young children about. I mean, there are two nursery schools in the area and what if a young child had’ve came across this? I’ve a four-year daughter myself and it’s not worth thinking about.