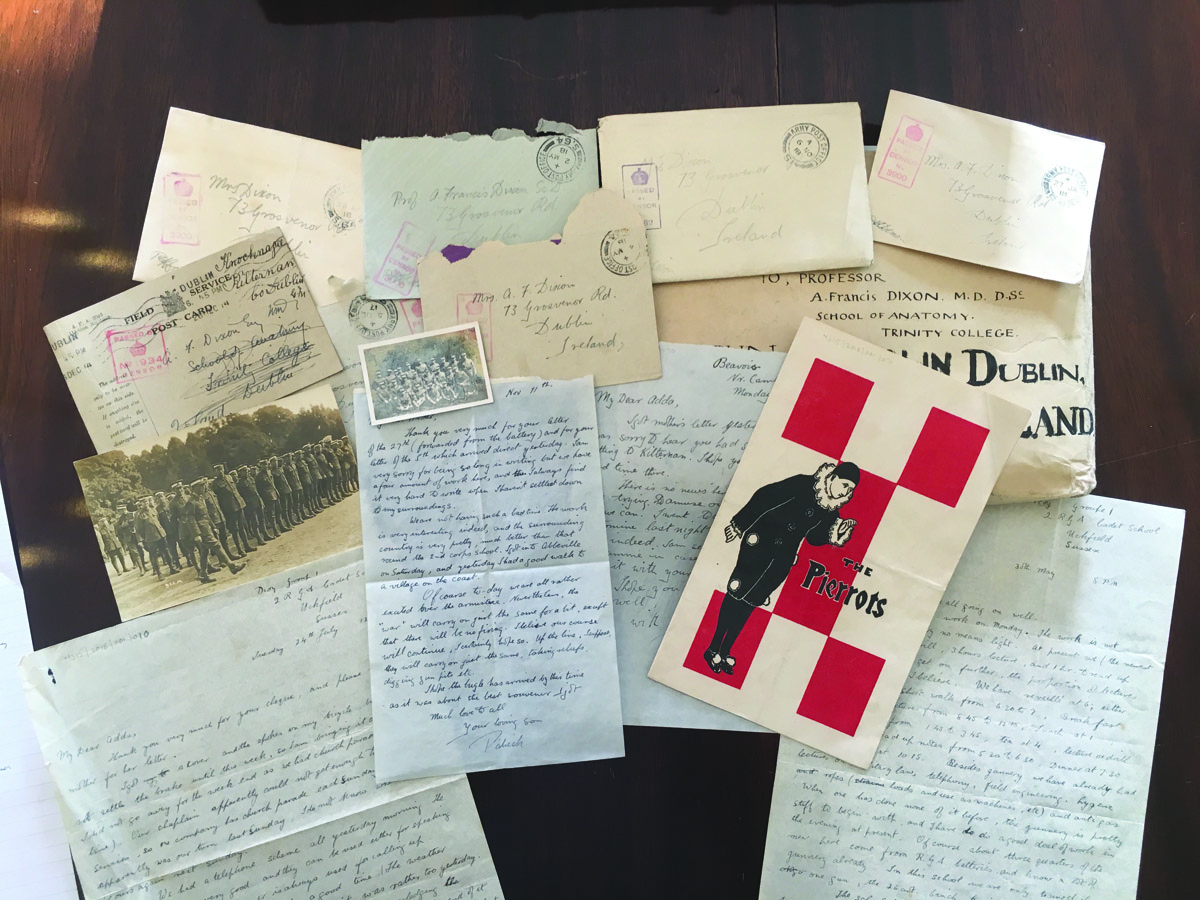 THE BELFAST Charitable Society has uncovered a suitcase of letters and material from World War One while preparing for its autumn series of lectures.
180 letters tell the story of Irish Pfficer Patrick Dixon’s life at the front during the war through correspondence with his parents in upper middle class Dublin.
Paula Reynolds, CEO of the Belfast Charitable Society, said: “Our colleague and volunteer, Jim McFerran, has been tirelessly working his way through the Dixon family papers ensuring they are all documented and sorted appropriately.
“When our Archive and Heritage Officer unearthed the letters we were astonished at first of all the amount of the material, as well as the condition of it.”
Aaron McIntyre, Archive and Heritage Officer at Clifton House, said: “These letters and material are of great importance and we are very excited about their significance. It is rare to see so much detail and well written legible letters which gives us a fantastic insight into the Dixon family and Patrick’s life at the front.
“Within these letters we see Patrick discuss Irish political developments such as the 1918 conscription crisis, the impact of the Spanish flu pandemic in Ireland and the torpedoing of the RMS Leinster (an Irish mail boat) off the Irish coast. He also describes his excitement at the signing of the Armistice, in a letter dated 11th November 1918, and the long wait for demobilisation.
Highlights from the collection include a soldiers’ pantomime programme for January 1919, emergency issue Francs, a German Disabled War Veteran Fund ticket picked up at the front, and never before published photographs of the front, taken by Patrick himself.
Speaking about the origin of the material, Paula added: “We believe Patrick’s sister, Margaret, who became a GP in the Dunmurry area, married a Mr Wynne, who was involved with the Belfast Charitable Society and thus the material deposited in the Society's attic for safekeeping. This is all very timely as Clifton House is hosting an autumn series of historical lectures, including a symposium on 15th November 2018 to mark the ending of the Great War. Philip Orr, the playwright and historian, and Dr Éamon Phoenix, the historian and broadcaster, will deal with the Irish contribution to the war and its impact on this island. This event will now include an exhibition of the Dixon War Letters, unveiled to the public for the first time. We’d also like to find the descendants of Patrick Dixon and we would like help in tracing members of the Dixon or Wynne families who may be able to shed light on this incredible collection of war letters.”