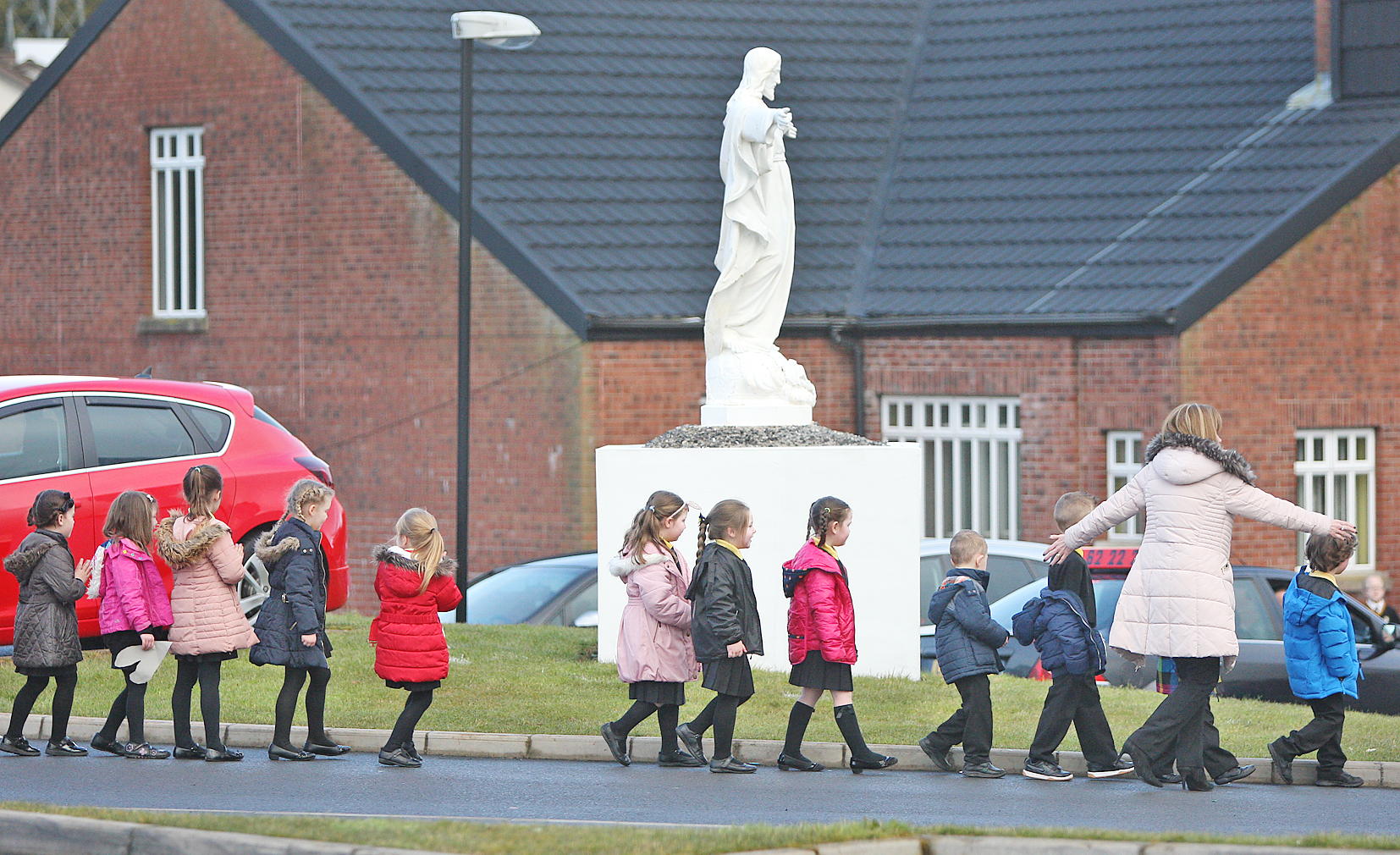 Christ the Redeemer pupils are evacuated during the security alert

THERE were chaotic scenes in the Colin area on Monday morning as children from Christ the Redeemer Primary School had to be evacuated to a nearby church hall due to a hoax security alert.

Pupils along and teaching staff were moved around 9.30am after police were contacted about a suspicious object found close to the Twinbrook school fence.

A section of Lagmore Drive was closed off for around an hour while army bomb experts investigated. Many parents were forced to abandon their cars at the entrance to the Lagmore estate causing further disruption.

One parent told Daily Belfast it was “such a shame to see this nonsense kick off again”.

The alert also disrupted, for a time the funeral of Patrick McDonnell, the local man killed in a fatal road crash in America last month.

Chief Inspector Norman Haslett said: “This alert caused severe disruption to the local community and I would appeal to anyone with any information to contact the police on 101.”