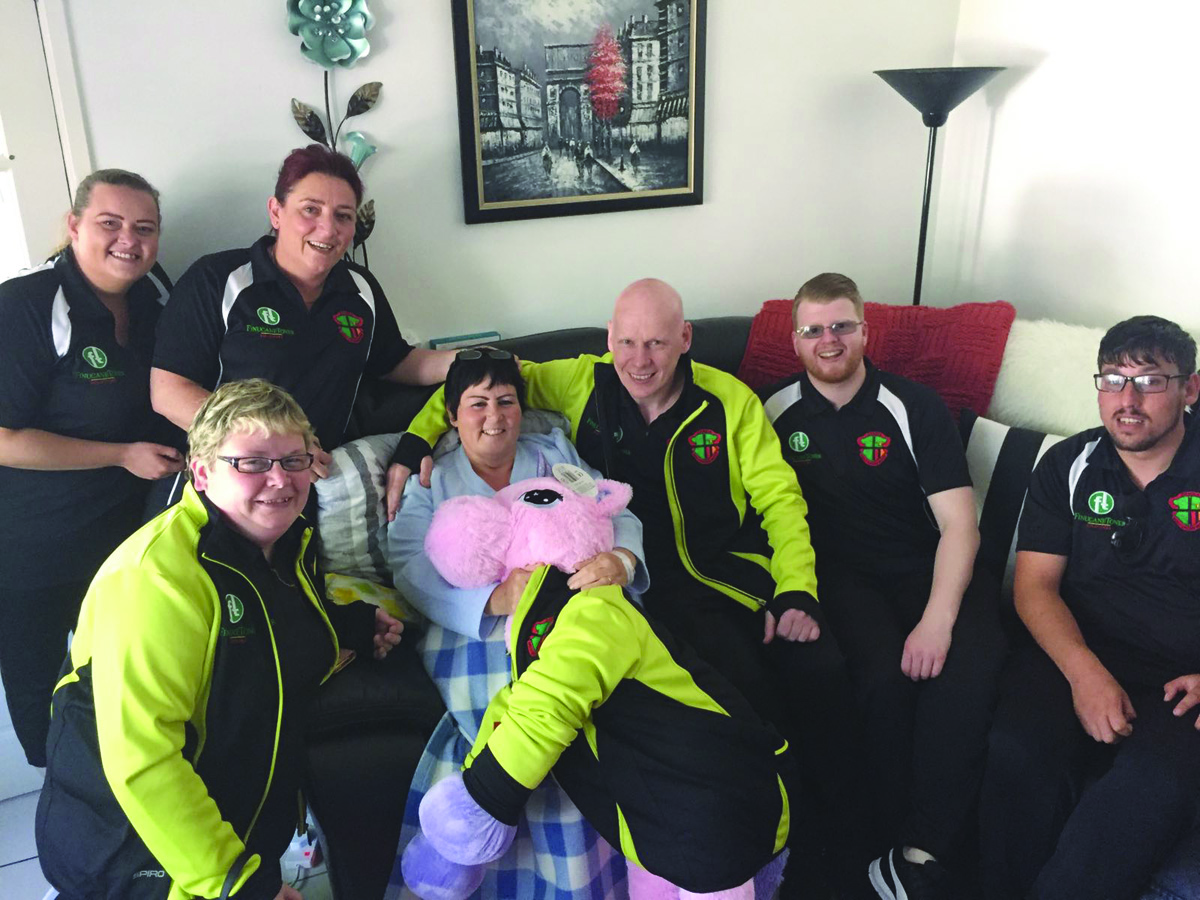 Kevin and Theresa with the team who have left for Zambia

STAFF from Holy Cross Boys’ School set off this week to Zambia to continue work on a rural development programme they pioneered in 2014.

In the Past three years volunteers led by Principal Kevin McArevey have travelled to Chibombo where they are in the process of building a school named United Hearts.

This year they plan to finish the village library and Kevin says they are loaded down with books to bring with them.

“The library is our main objective so that will be finished and stocked with books,” he said. “Businesses in Ardoyne have been incredibly generous yet again and donated lot of items to bring out.

“I want to give a special mention to Charlie McGlinchy from Glencolin shop who also dug deep to help us out. Solicitors Finucane and Toner are also sponsoring us and that has been a huge help.”

Kevin says they have put a lot of work into the project.

“Over the years we have built piggeries and set concrete and even helped teach the young people of the village.

“We have been into hospitals and that really brings home how lucky we are. People complain about the NHS but it is Champions League level when you look at other places.”

This year’s trip will be tinged with sadness after team member Theresa Gibson had to pull out when she was diagnosed with cancer.

“Theresa is our lollipop lady and she always came along on the trip but just a week ago she was diagnosed with cancer and had to have immediate surgery. She is recovering now so the last thing we did before we left was drop off her Zambia team clothing because she may not be going, but she remains very much part of the team.”