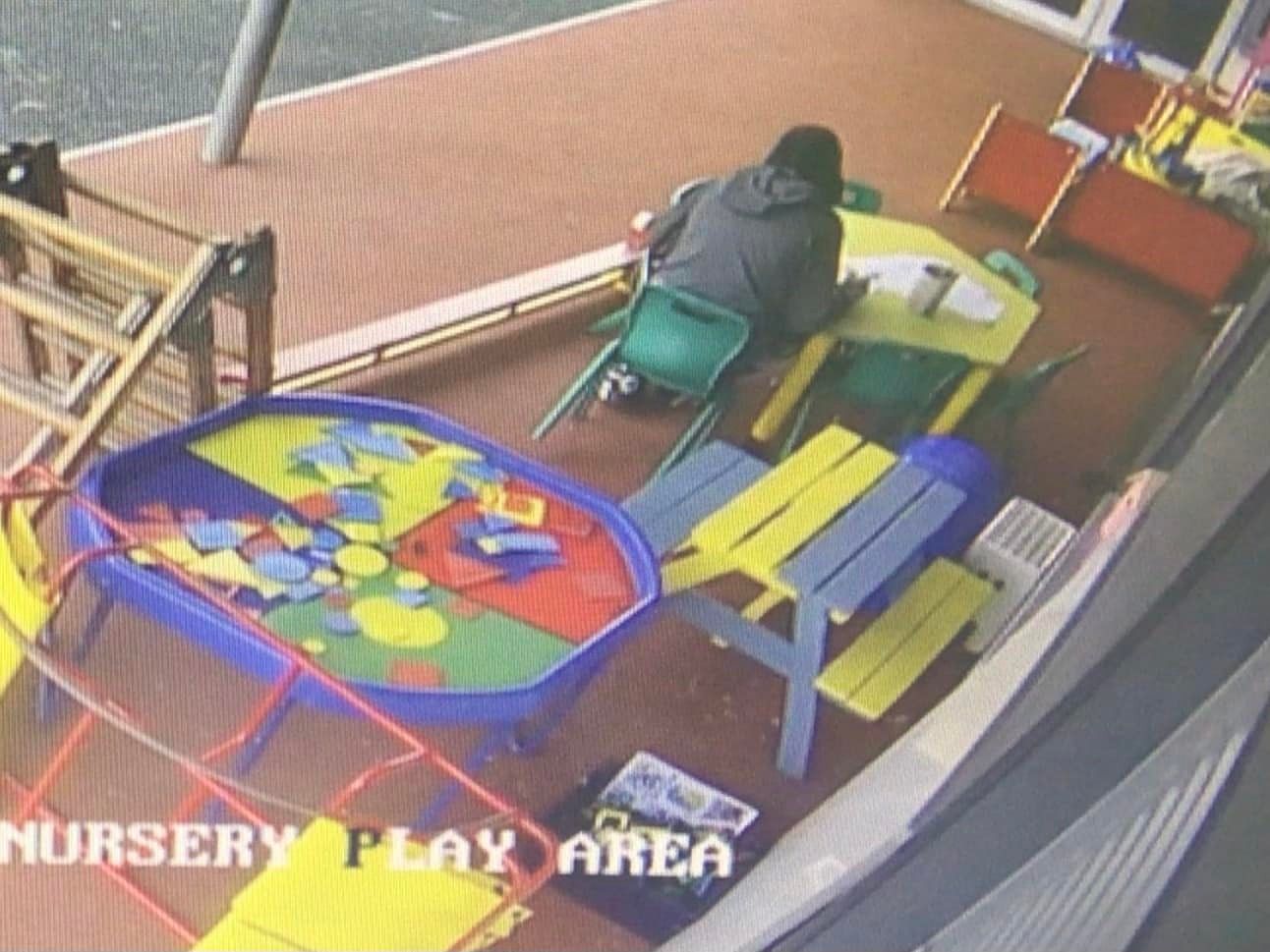 CAUGHT ON CAMERA: A CCTV still released by the school

A TWINBROOK primary school has hit out after two males broke in and vandalised its nursery unit.

Holy Evangelist Primary School released CCTV stills of the individuals who vandalised play equipment at the Glasvey Drive school last Wednesday evening. It comes just over a year after the school moved into a new building.

The spokesperson for the school said it had spent "tens of thousands" on new equipment and issued an appeal to catch the perpetrators.

One of those involved wrote their name and 'UTH' (Up The Hoods) on a piece of equipment at the school.

In a statement the school said they "are totally disgusted".

"If you know these two individuals please ring the PSNI or contact the school," the school stated.

"We cannot risk this continuing over the summer. The money spent on new equipment runs into tens of thousands, this is sickening behaviour and someone knows who these two are".