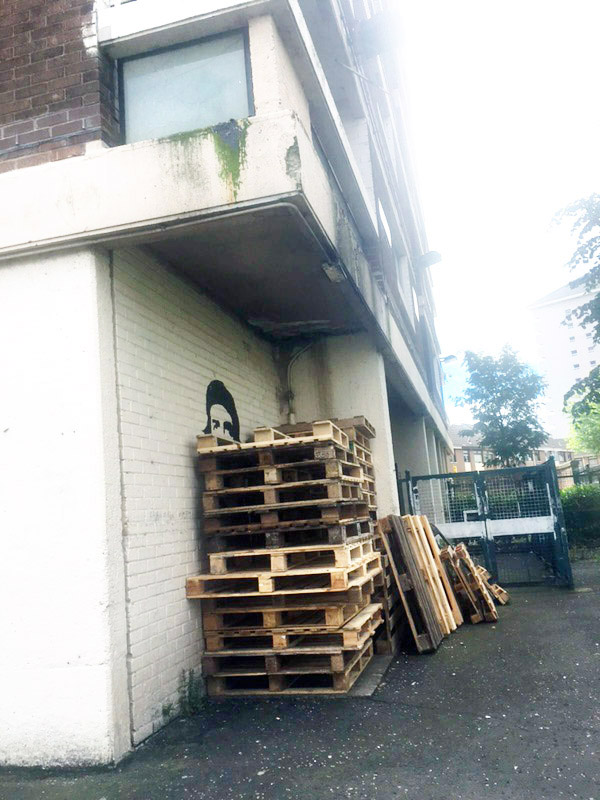 LETHAL: Pallets stacked underneath one of the seven New Lodge tower blocks have pushed residents to breaking point as the danger of flammable materials in residential areas continues

Fears that the New Lodge could see a Grenfell Tower type disaster have been raised after hoods collecting for the August 9 bonfire stored pallets against the outside wall of Oisín House.

Pictures received by the North Belfast News from a worried resident show how the anti-social elements are putting lives at risk by placing the pallets directly under homes at the tower with complete disregard for the safety of people living in the block.

The picture comes to light just a day after the fire and rescue service delivered leaflets in the towers with safety advice should a blaze break out and just a week after a pensioner living close to the blocks spoke of how her windows cracked when pallets, being stored at another location, were set on fire.

Tensions amongst residents in the area are high after the horrific Grenfell Tower blaze in London which is expected to have claimed more than 100 lives.

The latest incident resulted in the pallets being removed by contractors working for the Housing Executive but Kate Clarke from New Lodge Safer Streets says it is an example of how lives are being put at risk.

“It’s the same thing every year with the same small number of people responsible and they are allowed to keep making people’s lives hell.

“This year we know the danger of lighting fires close to tower blocks and what can happen. We’ve been warning about this for years and the statutory agencies have to get a grip. People’s lives are at stake.”

Kate said parents had to pay more attention to what is going on.

“Parents need to stop their kids getting involved in this. It’s the same every year and people have had enough.”

A spokesperson for the Housing Executive said they had removed the material and would continue to do so.

A Housing Executive spokesperson said: “Bonfire material will continue to be removed, where possible, in the New Lodge area this summer, given the level of community support for this action in this area.”