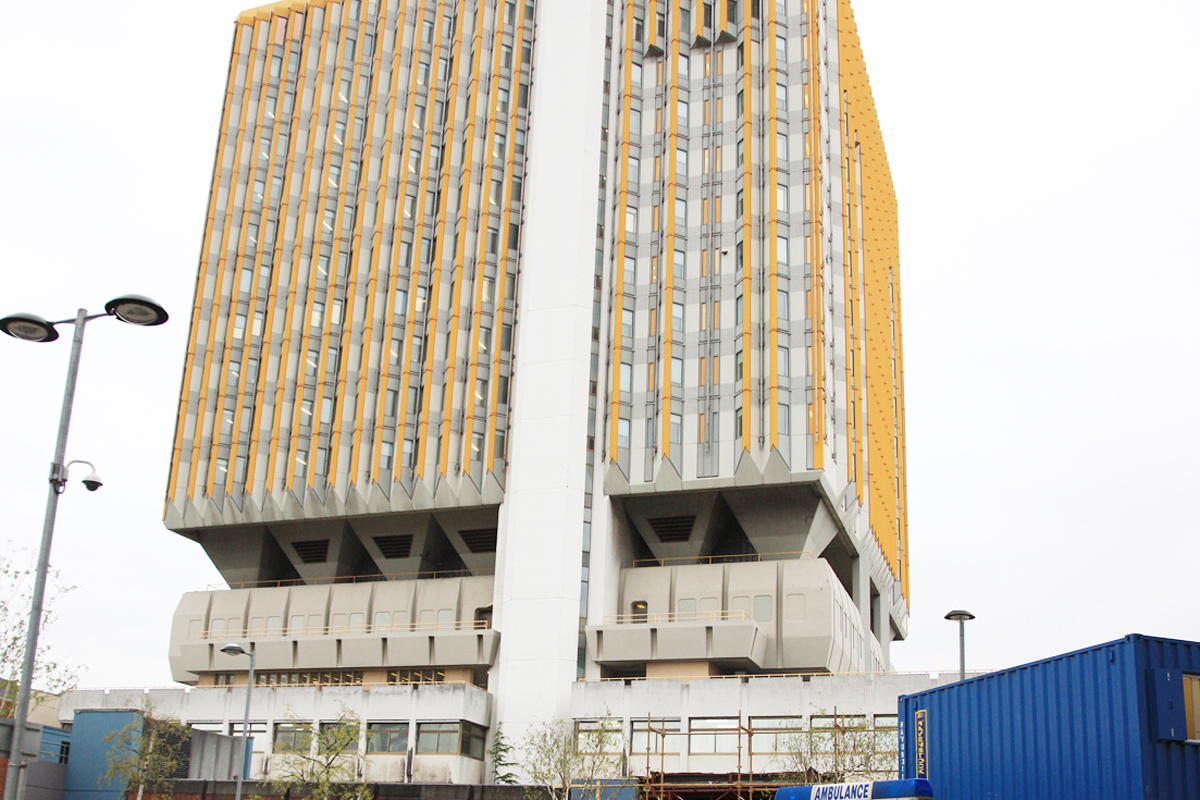 A report into claims of sectarian and racist bullying at the City Hospital has been slammed as a “whitewash” by workers after a year-long investigation at the South Belfast hospital failed to result in any disciplinary action.

The South Belfast News has learned that the probe – which began last December after a series of incidents said to have been aimed at Catholic and ethnic minority security workers – concluded last week with a series of recommendations being made public but the report itself being withheld.

The claims alleged the existence of Rangers Football Club paraphernalia in the workplace and the daubing of graffiti on the lockers of Catholic workers, as well as the appearance of National Front material on a hospital notice board. It was claimed a picture of notorious paedophile  priest Father  Brendan  Smyth was also included in the hospital’s rota book on St Patrick’s Day with comments about paedophile priests.

The recommendations released by the Belfast Trust following the investigation include “ensuring lockers remain clear of material – sporting, religious or political – which may be perceived to compromise the neutrality of the workplace” and mandatory equality training for security staff.

However no disciplinary action has been taken despite the fact that at least five workers are believed to have come forward to speak out on the issue.

A Belfast Trust spokesperson said the allegations of sectarian and racist behaviour were “currently under investigation” and as such they were not permitted to discuss the issue.

“The Trust, in accordance with its equal opportunities policy, takes any allegation of sectarian or racist behaviour by staff very seriously and seeks to investigate such claims in a robust and fair manner,” said a statement.

When further questioned by the SBN as to why recommendations were made if the allegations were still under investigation a spokesperson said they had “nothing to add” to their original statement.

However angry staff members contacted by the South Belfast News slammed the inquiry and the lack of disciplinary action.

“This was all brought to the union, who flagged it up to management. The workers in the security department were told last December an investigation was commencing and last Wednesday (December 7) they were told it was finally completed and a series of recommendations were issued.

“However they were also told the report itself would not be released. The opinion of most staff is it’s a whitewash because at least five people went on the record about highlighting this.

“Management have said because they can’t tell who put these things on lockers or notice boards they don’t have enough evidence to discipline anybody.”

The wearing of football and rugby shirts are also highlighted in the Trust’s recommendations, with a request for staff to “take care when choosing what clothes to wear when reporting for work on Belfast Trust property” and a warning that “future breaches of equality policies will lead to disciplinary action”.