Housing body takes photographs of its tenants in their living rooms 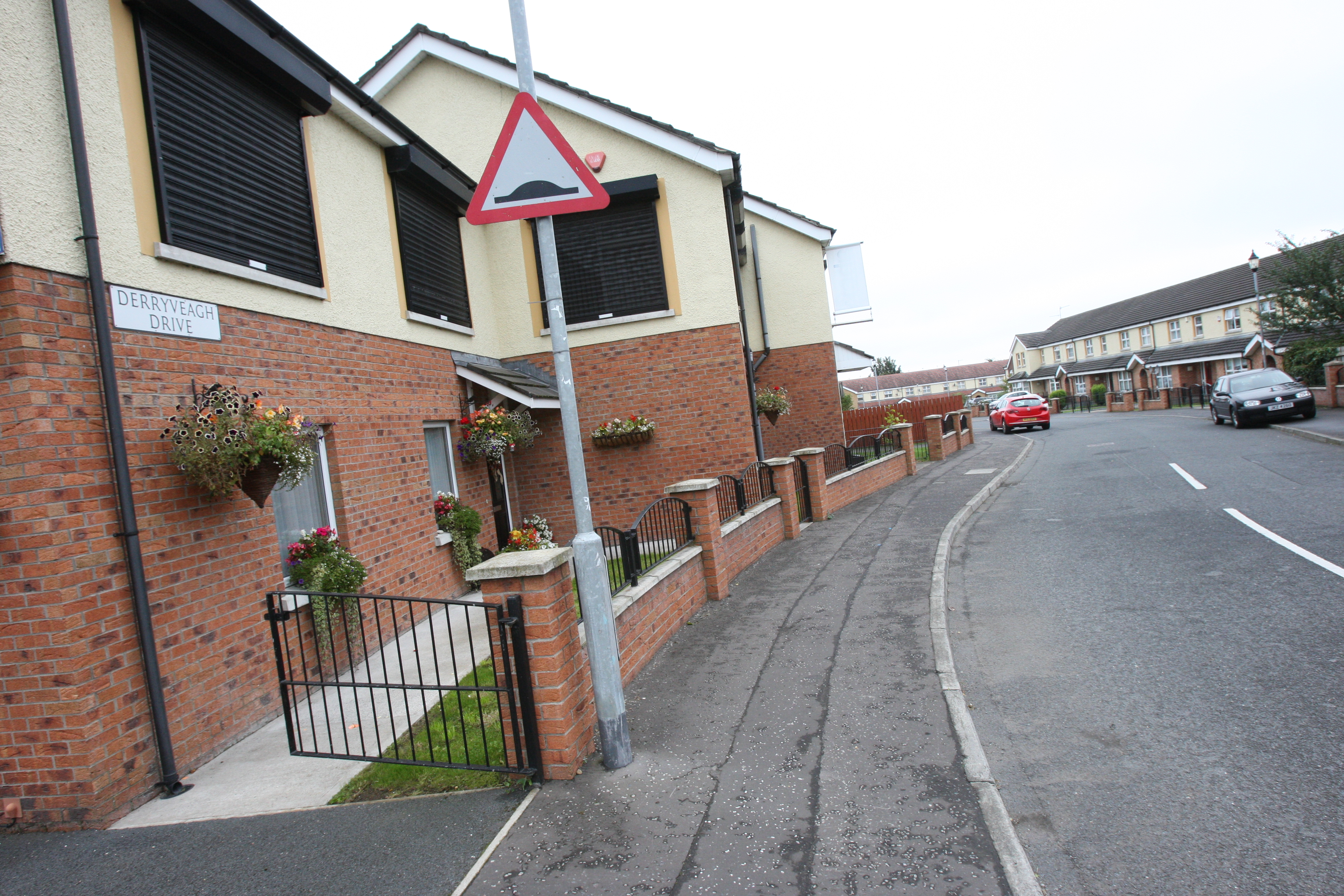 Derryveagh in Lenadoon. Apex staff spent yesterday going from house to house in the district taking headshots and checking ID

A HOUSING assocation has begun taking pictures of its tenants in their living rooms, we can reveal.

The social housing agency sent letters to its tenants in Derryveagh last week informing them that they would be in the area from 10am to 4pm yesterday to take photos of tenants in their homes. As well as posing for a head-and-shoulders mobile phone shot, the occupier was also required to provide proof of identification. Apex say the move is an attempt to cut down on “tenancy fraud”.

Several calls were made to us from concerned residents saying they did not feel comfortable with having their photograph taken. We visited Derryveagh and saw Apex staff going from house to house. None would comment on why they were there and we’re not printing pictures of them or their vehicles. While Apex told us yesterday in a statement that residents had a right to refuse to have their picture taken, no mention was made of this in the letter sent to homes last week.

One Derryveagh resident, who did not want to be named, said he felt humiliated by having his picture taken on a mobile phone by a stranger in his own house. He added that he allowed his picture to be taken because he feared losing his home if he said no.

“The whole thing is crazy,” he said. “I felt like a criminal in my own living room, just humiliated. I’d never have let them take it if I’d known I didn’t have to.”

Another resident said she’d had to put aside an entire day to await the Apex photographers as the letter told tenants to be at home from 10am to 4pm.

“I’d kids to drop off and pick up, things to do and a life to live,” she said. “I had to reschedule my whole day in order to have my picture taken, or maybe I should call it a mugshot. It was insulting and embarrassing.”

West Belfast MP Paul Maskey described the taking of tenants’ photographs in their homes as a “botched idea” and added that it was “silly and uncalled for”.

“This is very disappointing from Apex,” he said. “Tenancy fraud is wrong, there is no doubt about it. But taking a tenant’s photograph in their home is surely a privacy matter. This is the first instance I have ever heard where photographs are taken of a tenant from a housing association provider. It is a bad idea. It is ill thought out and I intend to hold a meeting with Apex so that their representatives can explain to me the rationale behind it.”

A spokesperson for Apex said: “Apex, along with all other housing associations and the Housing Executive, is required by the Department for Social Development to implement measures to prevent and deal with tenancy fraud. As part of Apex’s tenancy fraud prevention measures information has been provided to tenants through a series of articles in our Observer magazine and a tenancy fraud leaflet which has been sent to all households.As part of these measures Apex is now introducing photographic identification for all new and existing tenants across Northern Ireland. Apex is facilitating the taking of photographs through a rolling programme of home visits. As part of the home visits in Derryveagh and elsewhere in Northern Ireland, a letter and leaflet explaining the process and the purpose for which the photograph will be used has been sent to every tenant prior to the visit. During the home visit Apex staff will discuss any concerns and will obtain the tenant’s written permission to take the photograph. If a tenant objects to having their photograph taken they have the right to refuse.”