Hyland wastes no time as he targets British title eliminator 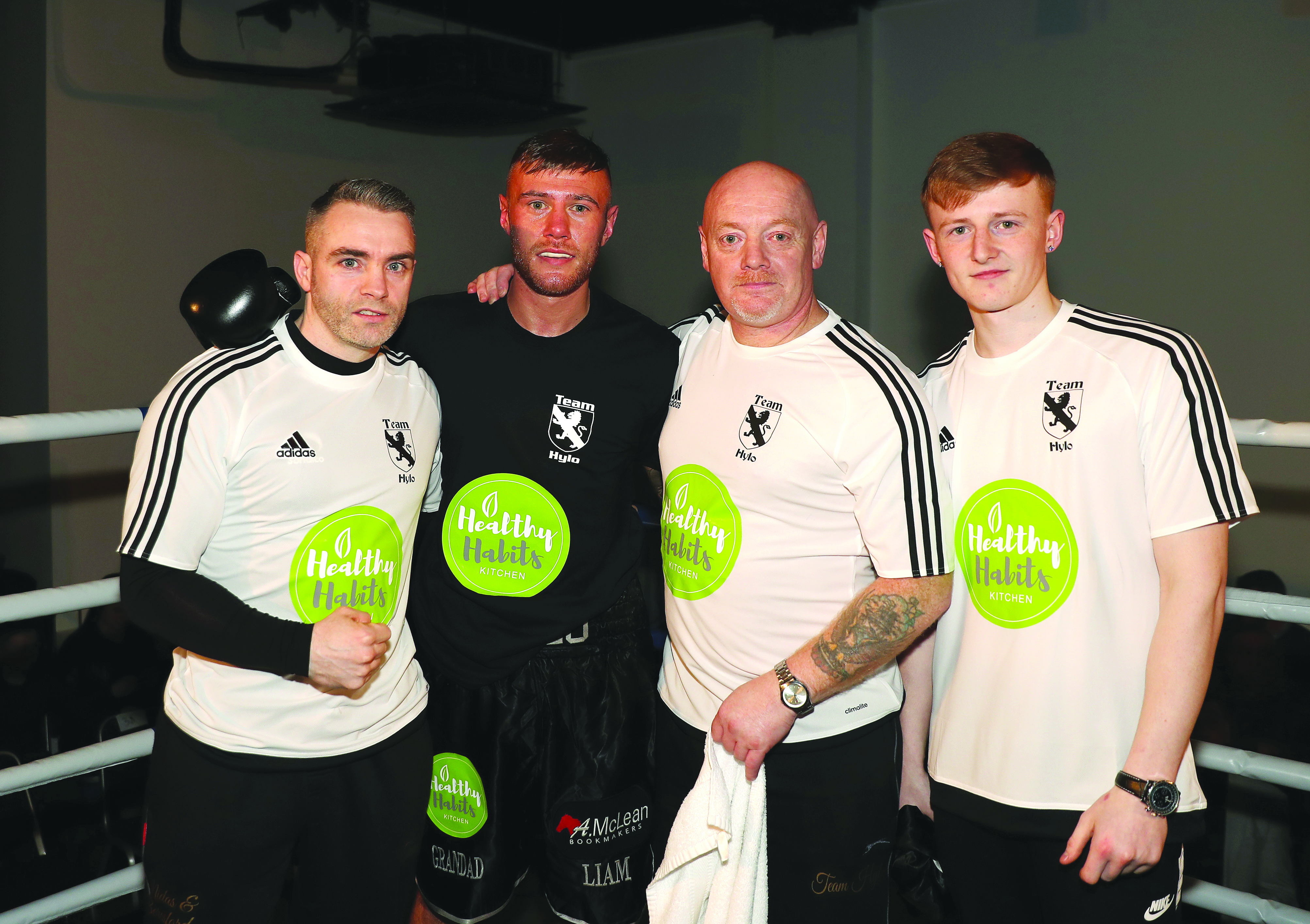 The Hungarian came to Belfast with seven wins from seven, but a right uppercut felled Gallovich before a follow-up assault prompted referee, Hugh Russell Jnr to wave off the bout to the delight of the packed hall and Hyland who is now 14-0.

“I was surprised it didn’t go a bit longer, but he dipped into the shot,” said the 26 year-old. “The gameplan was to work behind my reach, but I threw the uppercut and he dipped in. His eye was all swollen up there and I saw him rock, so I just jumped on him. There was no point in hanging about.

“All that training, I was expecting to do 10 hard rounds, but I caught him early. It still paid off, all the hard training and sparring so that’s just a step-up now for the next one.”

Having just taken on a British licence following his disappointment at not getting a chance to box for the Irish title last year, Hyland is on the trail for the Lonsdale Belt and is expected to be moved into the top 10 following Saturday’s victory.

The British lightweight division is stacked with talent, but the West Belfast man is confident he can beat anyone in his path.

“Mark will hopefully get this British title on track now, but I’m confident that I will beat whoever will fight me. I just want that British title now,” he confirmed.

Saturday was Hyland’s fifth inside the distance and his third first round win in four contests, so will take real confidence from this run and believe s a big year lies ahead. “It’s always good to get a stoppage in the first round,” he agreed.

“We didn’t really know what we were stepping into because he (Gallovich) was undefeated and we didn’t want to take any chances. He was strong enough, but I did the job. “It was a great start to 2017 so I will look forward to a big year ahead.”

Hyland’s manager, Mark Dunlop says he now wants to get his charge back in the ring and soon due to Saturday’s early victory. Dunlop noted how hard ‘Hylo’ had been working ahead of Saturday’s fight and feels he deserves longer in the ring to showcase his talents, but does not see a British title eliminator happening immediately although it is something he would like in the near future.

“I’m going to try and get him out soon,” he confirmed. “It’s up to me to get him into an eliminator, but I wouldn’t mind one more (fight before). You really have to prepare for an eliminator, psychologically and all that.

“He has only now joined the British Boxing Board of Control so they aren’t going to just throw it at him. He is going to have to earn it, but I wouldn’t mind getting him out again, even on the Dublin show in a few weeks (February 25) because he did train hard and it was over so early tonight. We all say you don’t get paid for overtime.

“He is going to be avoided like the plague now, so it’s up to me to put him in a position where they can’t avoid him. “Scotty Cardle (British champion), he has one fight left (before winning the title outright) and then it becomes vacant. There is no holding back now. He’s in the (British) top ten and people are wanting to know who he is so there is no panic.”

Dunlop disputed the notion that Hyland has just discovered knockout power given eight of his first 10 pro bouts went to the scorecards, but contended that it was a deliberate move to ensure his man was not avoided. He said that now is the time for Hyland to cut loose, but did admit that matching him will be a problem given how he has breezed through his recent opponents including the previously undefeated Gallovich.

“He has always had power,” stressed Dunlop. “In the early days I was making him carry opponents because it’s no good what happened to (James) Tennyson and then you can’t get him a fight.

“The fight against Andy Harris at the Devenish when he had him all over the place, I stepped in and told him to back off to get the rounds. “He has also been fighting at a different level to any novice pro.

“That’s nine or ten in a row where we have opponents with a positive record, but his dedication is why I have been willing to push him on."