After seemingly turning the corner with good performances against Lille and Aberdeen, they then turned into a cul de sac with one of the worst European performances, certainly on their home pitch, that we have seen in many a year.

The team’s record at Celtic Park has been abysmal this campaign, having suffered defeat at the hands of Ferencvaros, Sevco, AC Milan and now Sparta Prague.

It used to be a hostile venue for any opposition team, now it look as though they are acting the perfect hosts, handing over the comfy slippers, TV remote and a glass of the good brandy to everyone who rocks up in the East End of Glasgow.

The team from the Czech Republic were decimated by injuries and Covid issues and had no option but to send a weakened squad for their Europa League Group H meeting in Glasgow.

Before a ball was kicked in the group they were meant to be the whipping boys, and having played no domestic football in a month, that should have made the game a formality for Celtic.

Sparta were excellent on the night, however, easily overcoming a period of Celtic possession for the first 20 minutes or so to impose themselves on the match and run out very convincing winners by four goals to one.

At 2-0 down, the Bhoys threatened at one point to make a game of it when Griffiths came off the bench to halve the deficit, but it was just another false dawn as the Czechs added another two goals to their tally.

Celtic’s European exploits over the last few years boosted their co-efficient to such an extent that they were actually in Pot 1 in this Europa League draw and therefore top seeds in their group.

They could consider themselves very unfortunate in the quality of the teams drawn against them but the fact remains they were the top-rated team in the group, but are now as good as out of the competition after just three games.

The Prague defeat also brought a couple of unwanted records as it signalled the first time the team had been beaten three times in-a-row at home in 30 years.

Lukas Julis also became the first opposition player to score a hat-trick at Celtic Park since Eric Black all the way back in 1983.

It was alarming to see how easy the players downed tools, and really only the full-backs Laxalt and Frimpong can say they put in anywhere near the required effort.

I have been loath to level the amount criticism on Neil Lennon that he receives from some quarters but his team has been systematically out-thought and out-played too many times this season.

Basic tactics and team selection are proving beyond him at the minute as he has been unable to pick his best 11 and how he wants them to play on several occasions.

There is no Plan B; in fact you could say that there is at times no Plan A.

The things that were working for him last year, most notably moving to a 3-5-2 formation, are definitely not working now.

The squad of players are more or less the same as those that carried all before them in the second half of last season. Has he “lost the dressing room,” as so many are claiming?

I’m not even sure that  is a thing anymore in today’s money-orientated football.

Lennon has been unlucky with the players who have been missing at times with injuries and Covid issues and some who have come in have not been of the standard we were expecting.

It looks like we have Olivier Tebily playing in a Shane Duffy costume (one for the oul hands there) and as for Odsonne Edouard, the burning question is: when is he going to start turning up for Celtic this season?

The Celtic manager had to answer some searching questions after the Prague game and a lot of people felt that last Thursday was going to be a night of the long knives for Lenny.

That proved to be unfounded, however, and we moved on to what really was a ‘must-win’ for the Lurgan man on Sunday at Fir Park.

Motherwell came into the game on a decent run of domestic form and given their physical, combative style they could easily have delivered the knock-out blow to Lenny’s second tenure at Celtic Park. I really do believe that things are that far down the road.

Lennon showed a lot of bravery in his team selection, however, dropping Duffy and Edouard to the bench in favour of guys who were showing a bit more confidence and hunger than those two.

He was careful not to throw either of them under the bus, explaining their absences as needing a rest after a number of high profile games and Edouard still recuperating from Covid-19.

The truth is, though, that both men were deservedly left out and it is to Lennon’s credit that he had the guts to do it.

There would have been a bit of pressure on him to omit Elyounoussi as well after a few people got their knickers in a twist about the Norwegian front man being on his phone while sitting in the stands during the Europa League defeat. For me, it was something and nothing though, no more than a five second glance at the score in the other match in the group.

If Lennon did feel any compulsion to punish Elyounoussi for that perceived disrespect then he will be glad that he chose to ignore it.

Moi is enjoying his best spell in a Celtic jersey at the minute and his hat-trick at Fir Park was exactly the right answer to those who felt he should have been hung out to dry for his actions last Thursday.

There was still a nervousness about Celtic at the back, however, and opposing teams can sense their unease at dealing with balls into the penalty area.

It is clear that one of the tactics being used against the Bhoys at present is to attempt to win corners and free-kicks around the box and to pile pressure on the backline and ’keeper.

Motherwell had a string of these and eventually used one to get back into the game with a thumping header from Gallagher.

Having seen their lead reduced to just a single goal, the Celts could have crumbled but they simply rolled their sleeves up and restored their two goal advantage with a brilliant Elyounoussi header before Ntcham put the icing on the cake with a fourth near the end.

It was a welcome relief after the trauma of last Thursday’s defeat but all it did was ensure that Celtic didn’t lose any further ground in the title race.

Sevco are still racking up the goals and the points so the Hoops need to keep doing the same.

The international break will give them a chance to decompress and hopefully come back refreshed and ready to kick on again.

The players responded for Neil Lennon on Sunday but it was only one game and they will know that so far this season they haven’t been good enough or consistent enough.

At Fir Park they showed what they are capable of, now they have to show that they can replicate that week in, week out if they are to have any chance of making history this season. 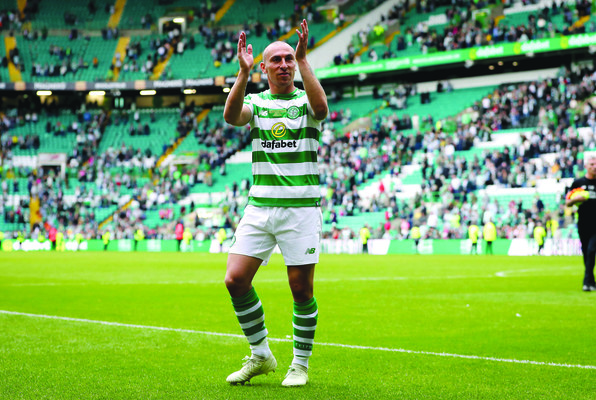 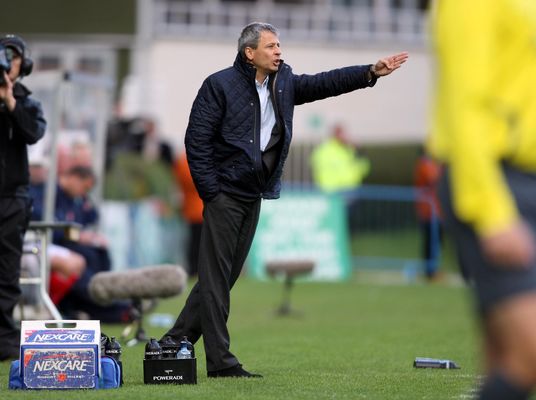 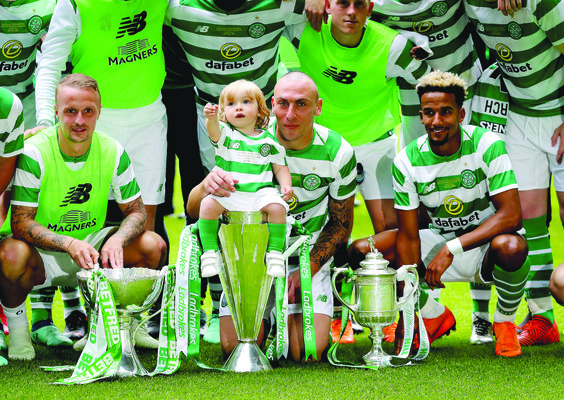