Health worker strike could be due election day 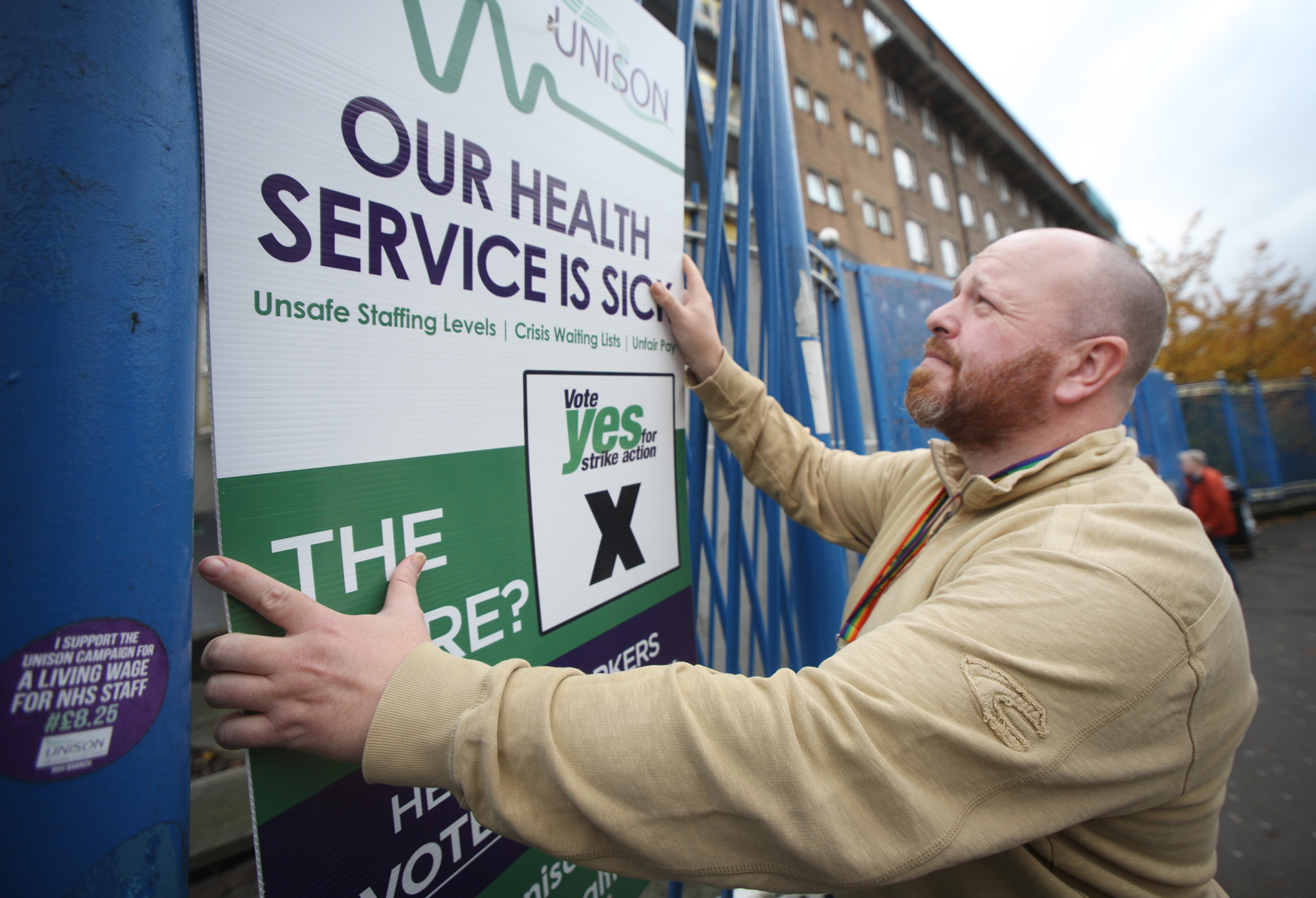 Conor McCarthy of Unison at the RVH

UNISON’s RVH Branch has called on Westminster election candidates to support its members who are being balloted for industrial action amid an ongoing pay dispute.

The union, which represents around 27,000 health workers in the North of Ireland including almost 4,000 members in the RVH, is calling for pay parity with England, Scotland and Wales.

Health workers in the North are paid lower than their counterparts throughout the UK.

On October 21, Unison began balloting its members on strike action and other industrial action.

“The (health) Trusts are finding it very difficult to recruit and retain staff across all disciplines because every single health worker here is going to work every morning with lower pay than their counterparts across the rest of the UK,” he said.

“They feel that the Trust, at executive level, aren’t speaking up for them.

“The Permanent Secretary of the Department of Health, Richard Pengelly, nor any of the other executives across the region, has yet to come out and say that health workers deserve pay parity.”

Mr McCarthy insisted that money for a “pay parity” increase had been allocated through the Westminster Barnett Formula, and called into question what it “being used for”.

He also insisted that pay parity would have overarching “positive implications” for local NHS staffing levels and waiting lists.

“This is not just about pay,” he said.

“Pay is the foundation of this dispute, but pay parity would lead to positive implications on waiting lists.

“If people are paid properly and paid equally it will help with the recruitment and retention of staff. Therefore, more staff will be employed and there will be more staff available to bring down waiting lists.”

Mr McCarthy said that, in the event of a yes vote, Unison members would be asked to take part in “sustained” industrial action including the withdrawal of labour, overtime bans, work to rule measures, and bank shift bans. However, the union hopes to receive a pay offer before then.

“I have yet to see anything from the Trust or the Department expressing any anxiety over it,” he added.

“The ballot is not finished yet, but it would be welcome if department and the Trust were to give out a statement to say that they support health workers in their stance over pay parity.”

With the Unison ballot closing on Monday, Mr McCarthy has warned local political parties that industrial action could coincide with the December 12 Westminster election, and has urged candidates to support the workers in their calls for pay parity.

“We have only had one email from a local MLA (Gerry Carroll) in regards to discussing the issue,” he said.
“We want to give a strong message to the candidates who are running for the December election, which coincides with the time we would be on strike; every single MP has pay parity.

“Our MPs need to support the health workers in their stance on pay parity.”

A spokesperson for the Department of Health said: “The decision to adopt localised NI pay rates for health staff was taken under devolution and it is not for civil servants to overturn previous Ministerial decisions.

“To be very clear there is no separate or untapped source of funding for pay. It all comes out of the one health budget and money spent in one area cannot be spent in another.”

A spokesperson for Belfast Trust said: "We understand the challenges facing our staff, and also recognise the right of staff to take industrial action. We are pleased that unions are prepared to work with us during this time, to ensure that patient safety is not compromised".