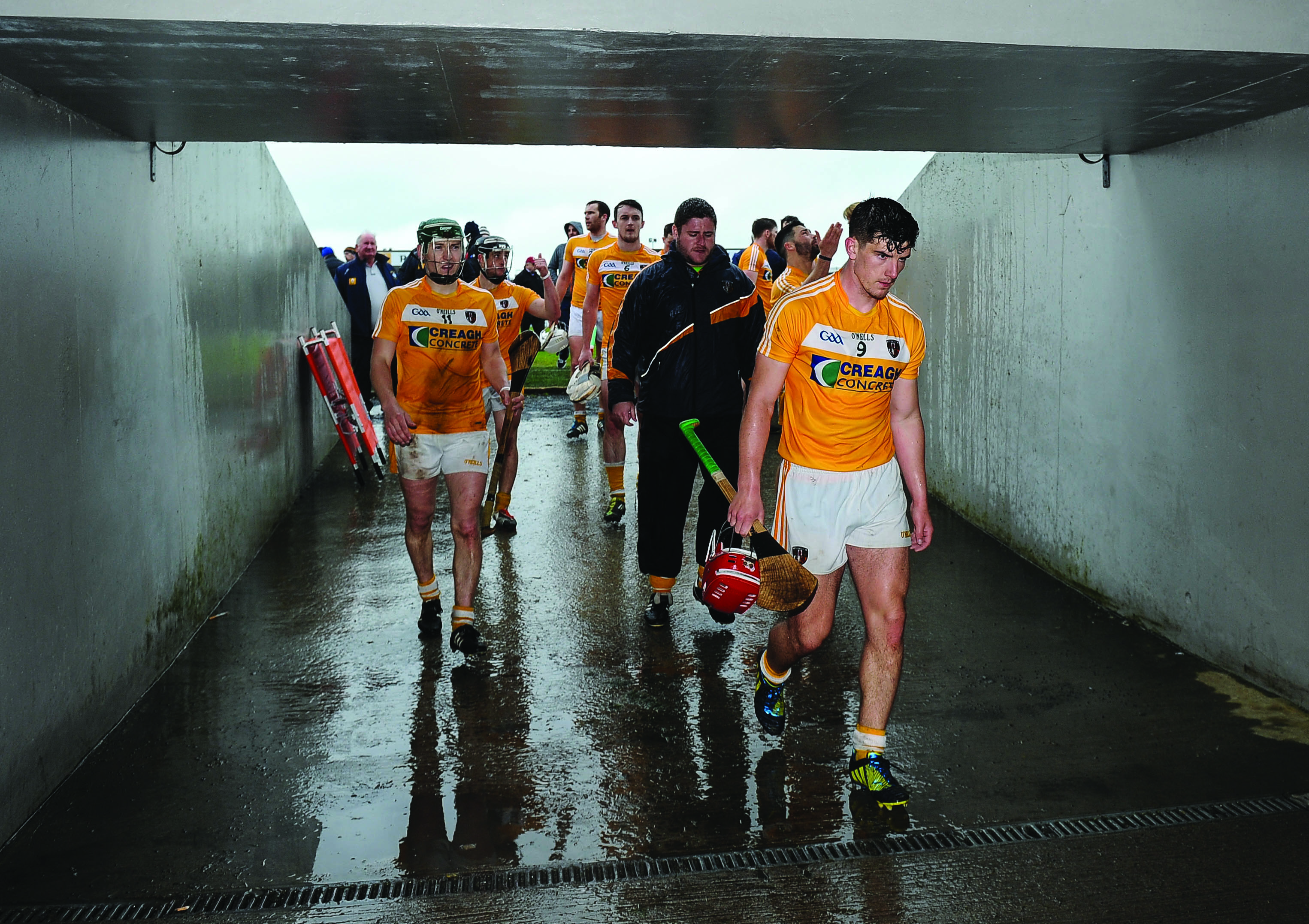 Antrim manager Kevin Ryan was making no excuses as his side capitulated to a humiliating 17-point loss to Westmeath on Sunday.

The match was played in extremely wet conditions at Cusack Park, Mullingar and Antrim corner back Arron Graffin suffered a horror knee injury early on but Waterford native Ryan refused to use either as an excuse for the heavy defeat.

“The pitch was very good, it was a bit skiddy but it certainly wasn’t mucky,” said Ryan.

“[The conditions] certainly didn’t help some of the lighter fellas we have and we had to change our whole gameplan after ten minutes. The conditions didn’t help but it would be silly to use that as an excuse. We just didn’t show up.”

The Graffin injury, after just five minutes, also upset Antrim’s rhythm, who actually started quite well, but again Ryan refused to hide behind that.

“It was obviously very upsetting. I didn’t think at the time that it really would, but it did knock fellas back a wee bit,” said Ryan.

“We had a couple of wides in that first five minutes, and we had them where we wanted, but after those wides it never came again. I wouldn’t like to use that as an excuse, we just didn’t show up. But at this stage we’re just thinking about Arron, that he is some way OK.”

Graffin was brought to hospital in Tullamore during the match with a supected dislocated knee that will rule him out for the foreseeable future, and the disappointing injury news didn’t stop there. Neil McManus also came off with a knee complaint and the outlook isn’t good with a crucial match with Carlow to come on May 24.

“We think Neal twisted his knee and it would be a serious blow if he wasn’t right for two weeks,” said Ryan.

“But it’s too early, it’s just a case of seeing where that is in the morning and assessing what the problem is.”

That Carlow game at Dr Cullen Park now proves extremely pivotal for Antrim. A defeat would relegate Antrim to the Christy Ring Cup competition in 2016 and even a win may not be enough to book a Leinster Championship quarter-final berth.

Should Laois bet Westmeath next week, three teams will be tied on four points with Antrim having an inferior scoring difference.

“If we did end up on three teams with four points - we were just talking about it there - we think there’s a rule that you can’t go out of the Championship on scoring difference,” said Ryan.

“We have to check out and see if there’s something there, and make use of it. But we’ll have to take time and sit down and analyse the tables and have a think about it.

“We’ve had a few lows [this year]. I thought we had turned that corner, and we had to an extent. Everything was good and everyone was very serious, and there was never a word of complacency. It’s just inexplicable, why none of us showed up.”