Irvine confirms he wants to box at the 2020 Tokyo Games 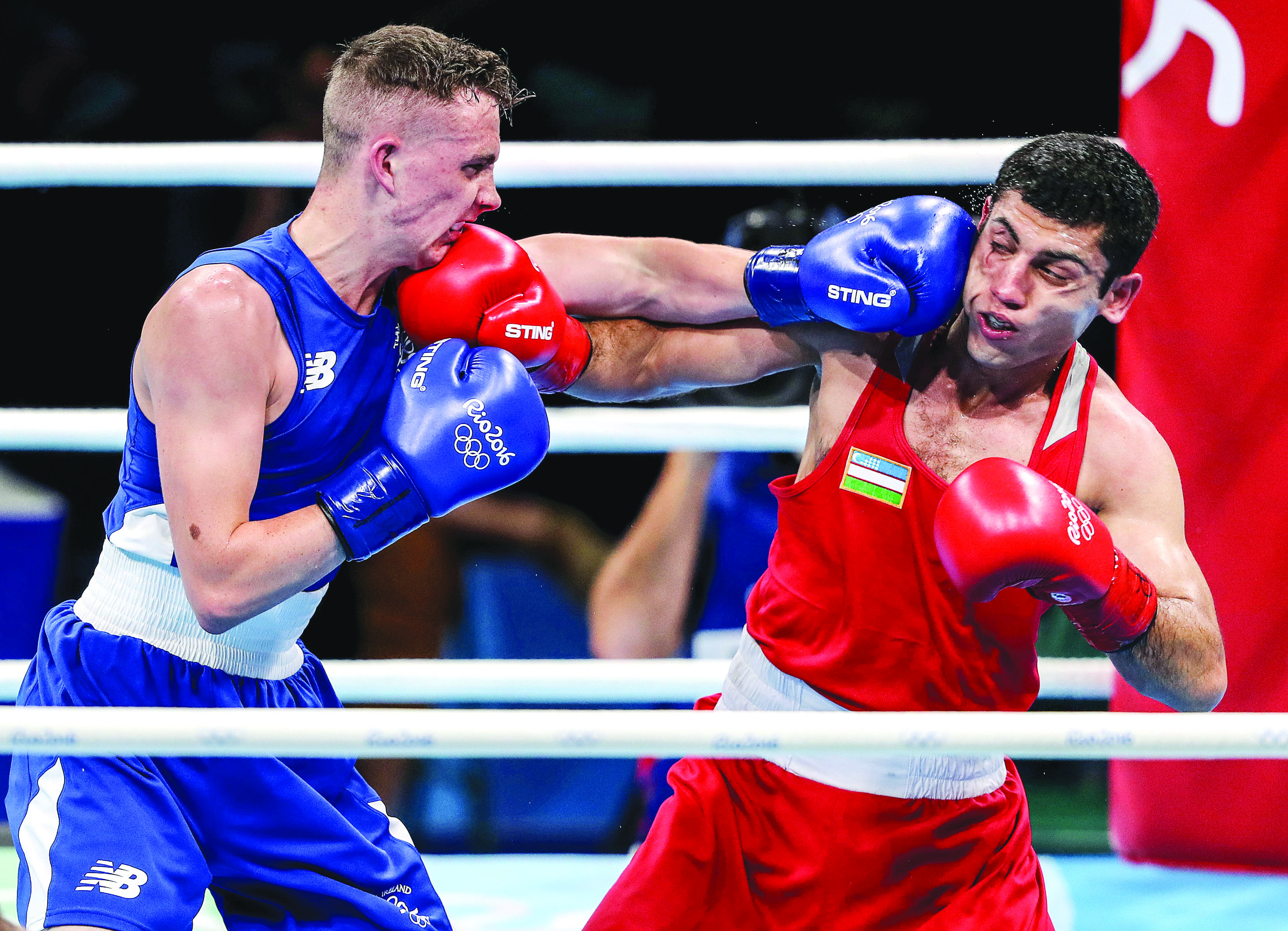 BRENDAN Irvine says the Olympic experience is one he will treasure forever as he confirmed he intends to compete at the Tokyo Games in 2020.

‘Wee Rooster’ lost his opening bout in Rio to eventual flyweight gold medal winner, Shakhobidin Zoirov and admits the Uzbek was simply too powerful on the day.

The St Paul’s man would naturally have liked a better run at the Games, but feels with a bit more luck that could have happened and is rightly proud of his involvement in the Games to begin with.

“It’s been a good experience for me, especially being in the Olympic Village and seeing all of the other sports,” said the Glencolin man.

“I can actually call myself an Olympian now, but obviously when you go away you want to bring back a medal and do yourself and your family proud.

“I suppose it’s just the luck of the draw. If I had have been on the other side of the draw then there is no reason why I couldn’t have come home with a medal.

“The fella I fought (Zoirov) was the better boxer on the day and that’s what it came down to.

“After the fight I knew he was going to win the gold medal and he did.

“He was very tricky. His distance was very good. He knew when I was in range and out range so he made it hard for me. I did everything I could, that’s all anyone can really ask for.”

Changes to the boxing schedule for these Olympics meant Irvine was waiting for a week after the opening ceremony before he got into the ring.

While that scenario certainly didn’t help him against Zoirov, he refuses to use the wait as an excuse for his loss.

“I did have a long wait, but I’m not going to sit here and make excuses,” insists the 20 year-old.

“What’s meant to be will be, I just don’t think I performed good in myself, but I’m not going to take anything away from him. I know myself I could have performed better, it was just on the day I didn’t.”

The decision to stay in the amateur ranks seemed a straightforward one pre-Games for Irvine, but given the shocking decision against Michael Conlan he admits he did give turning over to the pro’s now some consideration before deciding against it.

“At one point it did and I was thinking if I should stay amateur,” he revealed.

“When I think about myself, there is no point in going pro yet because I’m not fully developed, I’m still only 20 years of age. There’s a long road ahead as an amateur yet. There’s four years to go (until the next Olympics) and they will fly by. After that I will turn to the pro game and see what’s on the table.”

Irvine has had an extremely busy year with his qualifying campaign for Rio and then the Games themselves, so he will enjoy a well-deserved rest before getting ready for what will be a big 2017 with National, European and World honours up for grabs.

“I will have a break now with my family, but next year are the Worlds and Europeans,” he confirmed.

“I’ll get back training, hopefully win the Seniors and get back for next year. One door closes and another opens, so I will just move on, get one with life and boxing.

“I’ll take a month off and then in October I’ll put the gloves back on.”

While disappointed not to come away from Rio with a medal, the overall experience was generally positive for the West Belfast man who said he availed of the chance to take in the sights of Rio and thoroughly enjoyed the Brazilian city.

“Once I was beaten, I tried to see as many of the other sports as I could,” he added.

“I actually went to the Christ the Redeemer statue twice because it really is truly magnificent. I can’t tell people how good it is with the views, it’s just unbelievable. I also went to Sugarloaf Mountain, Copacabana Beach, Barra Beach and just became a bit of a tourist. I tried to enjoy it all as much as I could.”