Is Tribeca a fillip for the city or a nail in Belfast’s coffin? 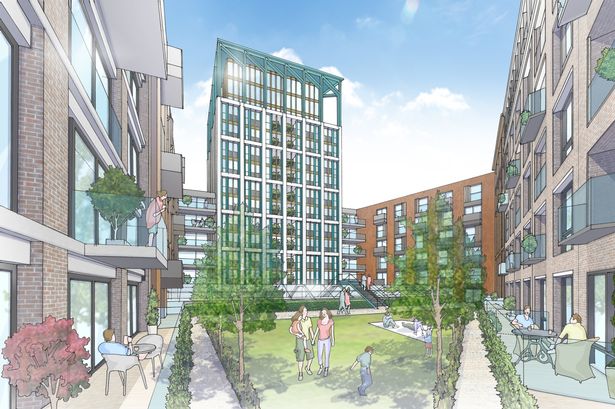 WHILE the planned city centre mega-development Tribeca (Triangle Below Canal abbreviated New York-style) has raised howls of derision from built heritage campaigners, its backers say it has the potential to propel Belfast into a bright new era.

Replacing the desolate wastelands of the northern inner-city — desolation caused in no small part by developers who scooped up over-priced properties and then abandoned them to the banks — is a huge prize for the City Fathers and Mothers in Belfast City Hall who recently approved outline planning permission for Tribeca.

Yet, few elected officials have championed the Tribeca vision — and not just because of the guffaw-inducing name — because there are real fears about the impact of the development, which will stretch from Rosemary Street Church to the Central Library, on the city.

Architect Mark Hackett, who has been setting out an ambitious European-style vision for the city core for the past two decades, says the latest Tribeca iteration, minus the department store, is an improvement on earlier versions which have been mooted since 2005.

“We might be thankful some of the worst aspects are dropped and changed in the last few years,” he said.

“One improvement is the underground car-park is omitted - this had ramps coming up in the Buoy Park beside the new university campus, and they dropped the department store, that was simply never a runner. Wise minds always knew our centre needs a full and true mix of uses to survive - and chickens are coming home to roost with the closure and bankruptcy of many big High Street names.”

However, a question mark still hangs over the provision of affordable or social homes in the Tribeca mix. Belfast City Council’s agenda for the future city talks of 60,000 new residents in the city centre but it’s unclear how many of that number will live in Tribeca if they can’t afford apartments priced at £200,000 and up.

Mark Hackett points to a different way of assessing the worth of Tribeca which moves beyond rental income and Grade A office space provision.

“I would suggest the value in a city centre comes from the density and use by people and that these should decide the civic value. Those who overpaid for property and land and then left it to stagnate shouldn’t be allowed be the sole arbiters of the way forward for the city. If people don’t decide to live in the city, invest in it, and shop and work in it then the centre is not really worth that much. And given the pollution, I would not bring my family to live in central Belfast. There are no parks, no real services and then surrounded on most sides by shatter zones — it is in fact more an island than a true centre. The best cities are always about connectivity of street fabric - this is the lifeblood of a city and its potential. Belfast has huge blockages to its connectivity, and it will take huge amounts of will and effort to overcome.”