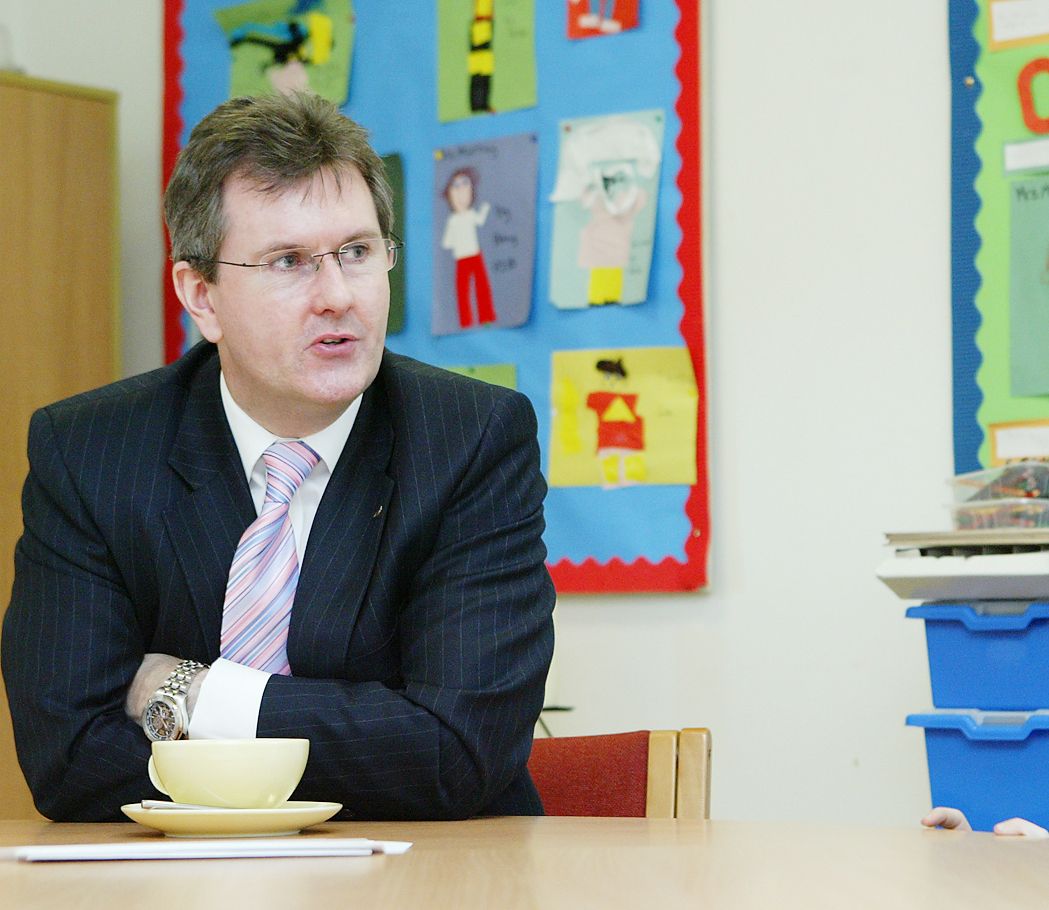 CHANGE: Jeffrey Donaldson is the only contestant for the DUP leadership after Edwin Poots resigned

WHEN the global pandemic first began to rage and we were all shooed indoors, and people stopped going to work, and we were told we could die if we didn’t distance ourselves  and wear our mask and stay two metres from each other.  I found myself wondering if I wasn’t a bit player in some disaster movie, because this couldn’t be real life, could it?

Surveying the political churn in our stateen over recent days, I similarly find myself wondering  “Is this really happening? Can the DUP be decapitating leader after leader, engaging in political feuds in full light of day without thought of the damage it’s doing itself? Aren’t the DUP supposed to be wily and cunning?” As Chris Hazzard said at the weekend, if it wasn’t so serious it’d be funny.

Despite these solid facts, there are true-blue unionists who would like you to think it’s all the Shinners at their fiendish work. As we cautiously emerge from the Brexit and Covid rubble,  they tell us, we should all be focusing on food on the family table, not pushing Westminster to grant a stupid Irish language act.

That the crisis has been cooked up in the DUP’s own kitchen  is accepted by everyone but the DUP. They did the cheerleading for Brexit, putting themselves out of step with the majority of us in NEI. They did the jerking on Theresa May’s choke-lead, forcing her to back off from a UK-wide harmonisation of trade with the EU. They did the decapitation of Arlene Foster, they  did the demotion and ejection of Edwin Poots and Smiler Givan from office.

Despite these solid facts, there are true-blue unionists who would like you to think it’s all the Shinners at their fiendish work. As we cautiously emerge from the Brexit and Covid rubble,  they tell us, we should all be focusing on food on the family table, not pushing Westminster to grant a stupid Irish language act.

Okay, hold it right there. This isn’t some sort of favour we’re being ‘granted’ by Big Brother. This is what the British government committed to at St Andrew’s in 2006, this is what the New Decade New Approach re-committed to a couple of years back.  In civilised political interaction, you deliver on what you’ve signed up to.

Edwin Poots is gone and Smiler Givan is as good as gone. Jeffrey Donaldson is about to become the leader of the DUP. After that, the obstacles start piling up.

Donaldson needs to be on the spot – in Stormont – as party leader and First Minister.

Getting a place as an MLA would be easy: There are DUPers nearing the end of their political careers who’d gladly pass their seat to the new broom. But the new leader is an MP, so he’d have to shed his Westminster job if he’s going to sit at Stormont. That’d mean a Westminster by-election, in which the DUP candidate might well be defeated. Losing Jeffrey’s Westminster seat would be something short of a triumph as the new DUP leader begins his job.

Maybe new leader Jeffrey would install a caretaker First Minister – someone to take the wheel until next May, when there’ll be an Assembly election?

Mmm, yes, possible indeed. It’d give Jeffrey a chance to scurry around and try to plug the leak-holes in the party. But that still leaves you with the problem of a by-election for Jeffrey’s seat in Westminster which could be gobbled up by Alliance. (Sighs and buries face in hands.)

Finally, what are the repercussions of this for the three amigos who engineered the fall of Arlene and the rise and fall of Edwin?

Well, Jeffrey is a Christian soul and he needs  to draw together the party. So he might offer Edwin forgiveness and his old job as Agriculture Minister. But is Poots likely to accept any such offer  from the man who decapitated him? As for Smiler Givan, he too may be offered a post of some kind, but his political mentor is Edwin and the smell of his Happy Christmas mockery still clings to him. To be blunt: Smiler Givan backed the wrong horse in the leadership stakes and in doing so has probably dealt his own political future a death-blow.

And the third amigo, the man Van Morrison likes to call ‘Junior’, Ian Paisley?   The son and heir was never very popular in the party.  After this monumental screw-up, he’ll be lucky to get selling raffle-tickets for the DUP Christmas party.