It’s Balls on the Falls 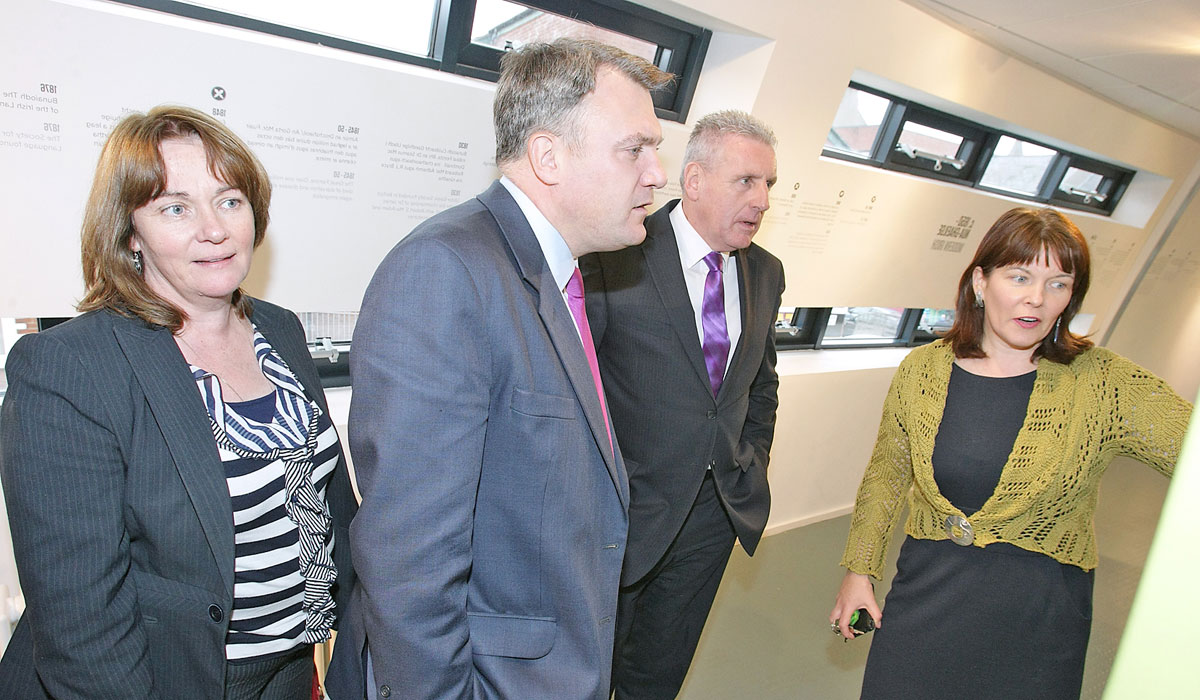 SHADOW Chancellor Ed Balls has become the latest dignitary to visit West Belfast. Mr Balls was in the North yesterday (Wednesday) on a fact-finding mission with Shadow Secretary of State Vernon Coaker MP.

They began their whistlestop tour in the heart of the Gaeltacht Quarter, An Chultúrlann, and following a tour of the building and some engagements, they then went on a famous Taxi Trax tour joined by local Sinn Féin councillor, author and historian Tom Hartley.

Local tourism development agency Fáilte Feirste Thiar organised the trip, which saw the duo meet MLA and Junior Minister at the Executive Jennifer Mc Cann, who took the opportunity to discuss issues affecting the constituency and to outline exciting regeneration and investment plans. Féile an Phobail Director Kevin Gamble  outlined Féile’s upcoming 25th anniversary celebrations in 2013, and Eimear Ní Mhathúna, Director of An Chultúrlannm, led the delegation on a short tour of the building and outlined how the Irish language contributes to the uniqueness of the West Belfast offering.

“Today’s tour is a key part of our ongoing work of making influential people aware of our very rich tourism offering and indeed of our unique community approach,” said Harry Connolly of Fáilte Feirste Thiar.  “We were delighted to host Ed Balls and Vernon Croaker today, we have no doubt they enjoyed their short visit and hope they will be back again soon. But more importantly, we hope they share their positive experience of West Belfast and help to make An Cheathrú Gaeltachta a must stop for anyone visiting the city.”

After meeting Executive leaders at Stormont, Mr Balls was asked what they had to say to him. He replied: “What I'm hearing from leaders here is that they want action, they want help now,” he said.

Like his boss Ed Miliband, Mr Balls was lukewarm on the question of Labour running candidates here.