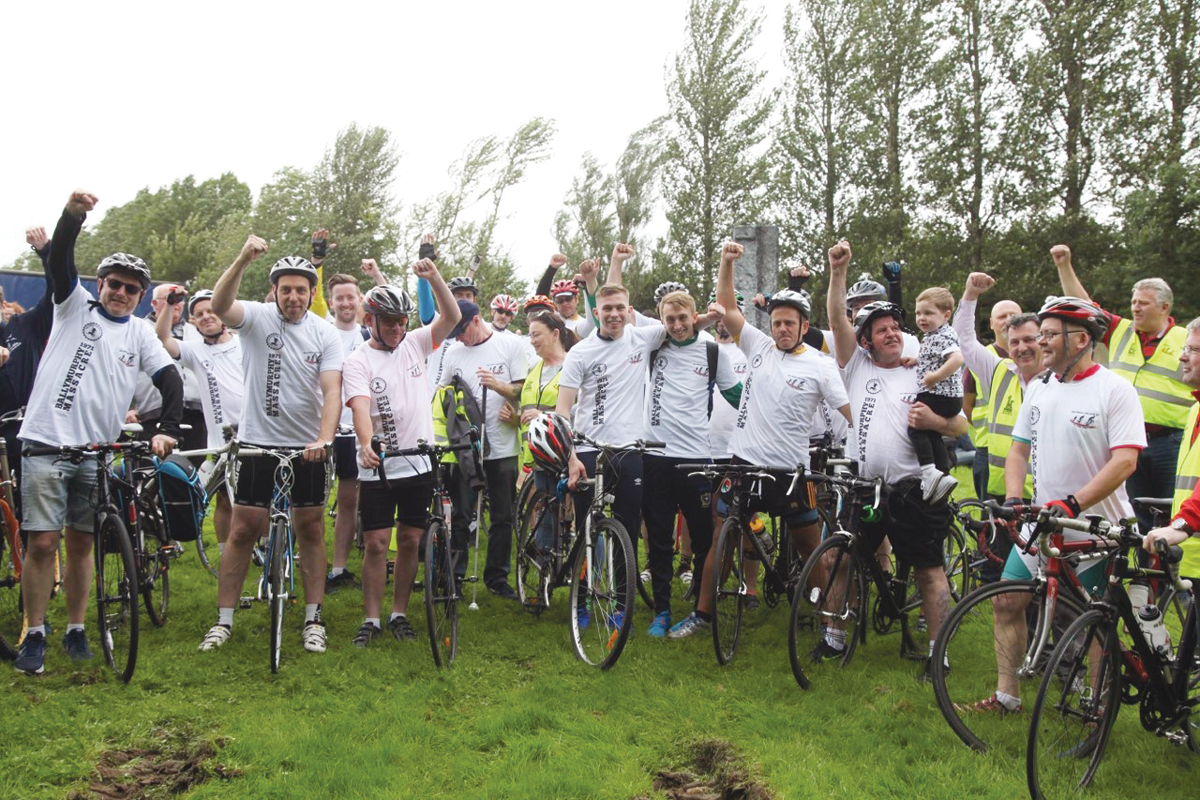 THE BALLYMURPHY Cycle For Truth will return this August with even more participants expected to take part to raise awareness for the Ballymurphy Massacre families and their fight for truth and justice.

The 70-mile round cycle from the massacre site at Springfield Park to the Portaferry graveside of Father Hugh Mullan will take place on Sunday, August 6 at 8am. Fr Mullan was one of the 11 people who were killed by the British Army during the introduction of internment without trial in August 1971.

John Teggart, whose father Danny was one of those murdered, said: “This is a very important event for an even more important cause, in aid of what the families deserve – the truth. After the success of last year’s Cycle For Truth it’s great to see it becoming an annual event for us to raise awareness of the Ballymurphy Massacre.”

Last year almost 30 participants completed the cycle and John spoke of the importance of the destination and remembering Father Hugh Mullan.

“Its always good to cycle to Portaferry to visit the graveside, to pay our respects along with the family and remember everything that Fr Mullan gave to the Ballymurphy community during his time with us,” added John.

As it is a fundraiser those taking part will need £15 for the cycle and £50 sponsorship – a total £65. The route takes participants from Belfast, Carryduff, Downpatrick, Strangford, Portaferry, with the return the same way, finishing with refreshments at the Sliabh Dubh on the Whiterock Road.

Johnteggart@yahoo.com Admin@ballymurphymassacre.com. registration/sponsor forms can be collected at Féile office on the Falls Road and Ó Muirigh Solicitors, 26 Springfield Road from next week.