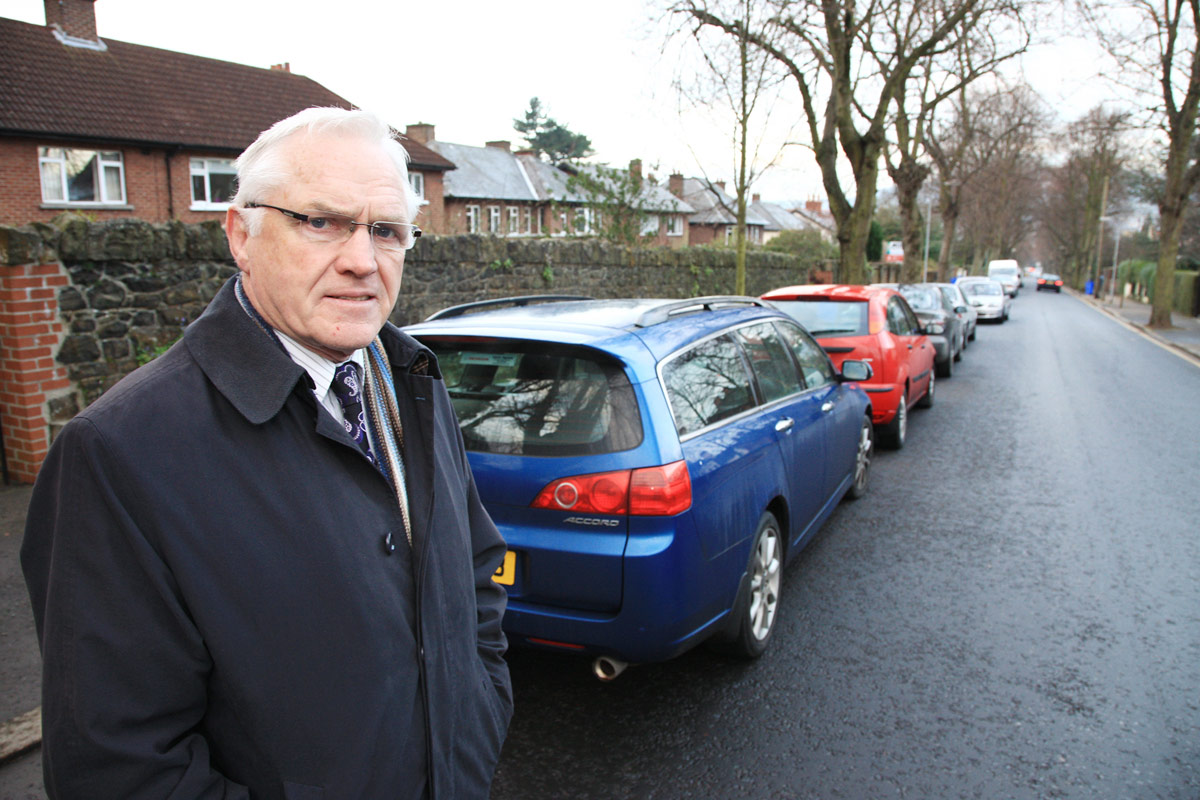 A LOCAL councillor has told Lisburn Road residents “not to be alarmed” at local crime rates after a householder was confronted by a knife-wielding intruder in the early hours of Monday morning.

Police arrested a 20-year-old male after two burglary incidents just off the Lisburn Road, in Rathgar Street and Adelaide Avenue. Two men are believed to have broken into the house in Rathgar Street, stealing a number of items, while a short time later, at around 3.30am, a resident in Adelaide Avenue awoke to find an intruder in his home who threatened him with a knife.

No one was injured during the incidents. The PSNI said they arrested the 20-year-old in connection with the incidents and called for anyone with information to come forward.

The South Belfast News spoke with a neighbour of the Adelaide Street victim, who said: “I wasn’t too concerned with burglaries before, but knowing this happened in my street has made me think again about home security. There are a number of elderly residents in this area too and it’s alarming to think they could be confronted in the middle of the night by a knifeman.”

Balmoral Councillor Tom Ekin told this paper that such crimes were “lower” in recent times but called for anyone with information to contact police.

“Statistically speaking such crime is lower than it’s been for some time,” he said.

“That’s not to take away from how frightening this experience must have been for the householder and such an incident is to be deplored. But locals should not be alarmed as it’s easy to have a knee-jerk reaction.”

A PSNI spokesman said: “A 20-year-old man has been arrested on suspicion of burglary after two incidents sometime overnight between Sunday and Monday. Anyone with information should contact police in South Belfast on 0845 600 8000. Alternatively they can contact Crimestoppers anonymously on 0800 555 111.”