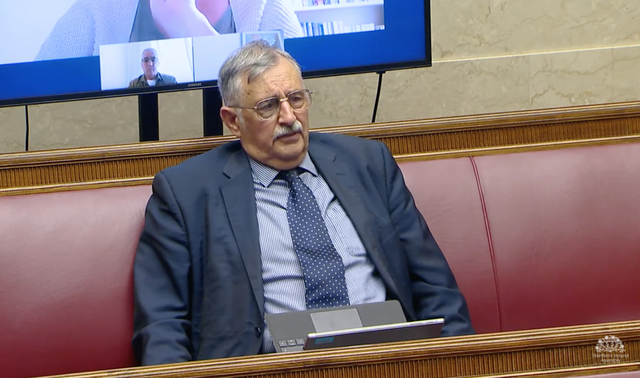 With arguments over the green list of countries to visit and the need to wear face masks the Committee met on Thursday to have a briefing from the Chief Executives of the Health trusts.

Seamus McGoran of the southern trust reported that many staff had worked hard and were being encouraged to rest and take annual leave.

This was added to by Dr Anne Kilgannen of the Western trust who reported that they were now engaged in a strategic framework to rebuild capacity.

Jennifer Welch reported for Northern Trust. The chair asked about co-production, work streams and how effective was engagement. Dr Kilgallen indicated that they had personal public involvement and in addition carers, MLAs and councillors.

Dr. Killgallen stated that they had weekly meetings and risk assessment for staff, psychology support line, management briefing and sign-posting. Seamus McGoran said they had 4 percent of staff shielding.

Alan Chambers (UUP) asked about costs of the pandemic. Seamus McGoran  stated that car parks could not be free after July. Pat Sheehan (SF) wondered that if PPE supplies were now stable and predictable what was the problem in supplying dentists.

Órlaithí Flynn (SF) asked about scans, births and deaths in psych wards. Anne Kilgallen said they had had no physical space for partners but were reopening as was mental health. Gerry Carroll (PBP) asked about lost strike pay, car parks and urgent services such as at the Mater.

It was stated that after risk stratification all services would be back to normal. They were mindful that some did not have the technology for virtual 'contact' and first appointment might be face-to-face.

Colin McGrath (SDLP) asked Seamus McGoran about County Down being left without an A&E. He had been phoned to say there would be no ambulance service.
The Chief Nurse Charlotte McArdle, who trained in Dublin, videoed in to brief and said she was solution-focused, giving care and compassion to save lives, being virtual in settings and sectors. She mentioned the 230 beds in BCH Nightingale Hospital which was set up in a week and had been an emotional burden. Nurses and Midwives and Allied Health Professionals were engaged in transformation and the new ‘norm’. The chair asked about representives of allied health professionals.

Pat Sheehan (SF) asked about fit testing of FFP3 masks of PPE but CNO had no data. Orliathi Flynn (SF) asked who had drafted terms of reference for the management board and was told a deputy chief nurse and would go to the minister on 29 July.

A group were then introduced who were developing a Covid App which would be compatible with the one in the Republic. The App would launch next week using Bluetooth and costing less than £1m. There was much discussion and praise.