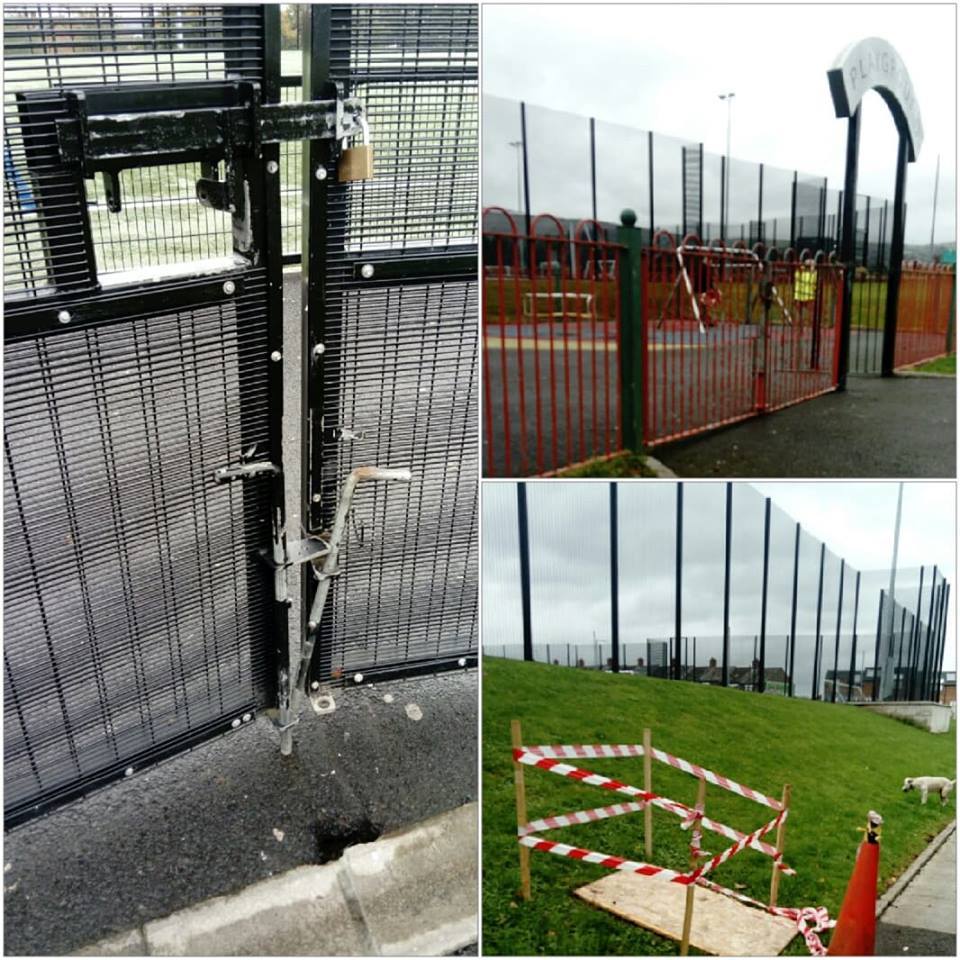 A COACH of a local football club has hit out at ongoing anti-social behaviour and vandalism at Marrowbone Park.
The park and the surrounding Bone Hills have been plagued by anti-social behaviour and vandalism for many years.
Conor Stiobhard, a coach of Shamrock Football Club, who use the pitch in the Bone Park for training and matches says he is “disgusted” after the latest incident.
“As a club we have been involved from the outset in the redevelopment of Marrowbone Park which goes back about eight years,” he told the North Belfast News.
“We have campaigned with a number of other sports groups to get the new pitch up and running.
“The vandalism and anti-social behaviour is having a major impact on the club. We have a girl’s team and two younger teams which we set up to take kids off the street.
“People are scared to come anywhere near the park when there is constant anti-social behaviour and vandalism occurring.
“Kids are trying to force access to the pitch which damages the locks and then they need replaced.
“Stuff is being thrown onto the pitch and fires being lit close to the proximity of the pitch. There is also underage drinking which often results in broken glass all over the place.”
Conor is appealing to young people in the Oldpark, Bone and surrounding areas to look after Marrowbone Park.
“I want to publicly put on record my disgust at the ongoing vandalism and anti-community behaviour at Marrowbone Park.
“We would be fearful that the ongoing vandalism could impact on the upcoming consultation of redevelopment.
“It is our park – let’s take ownership of it and look after it. After all, it is the only green space we have in the area.”