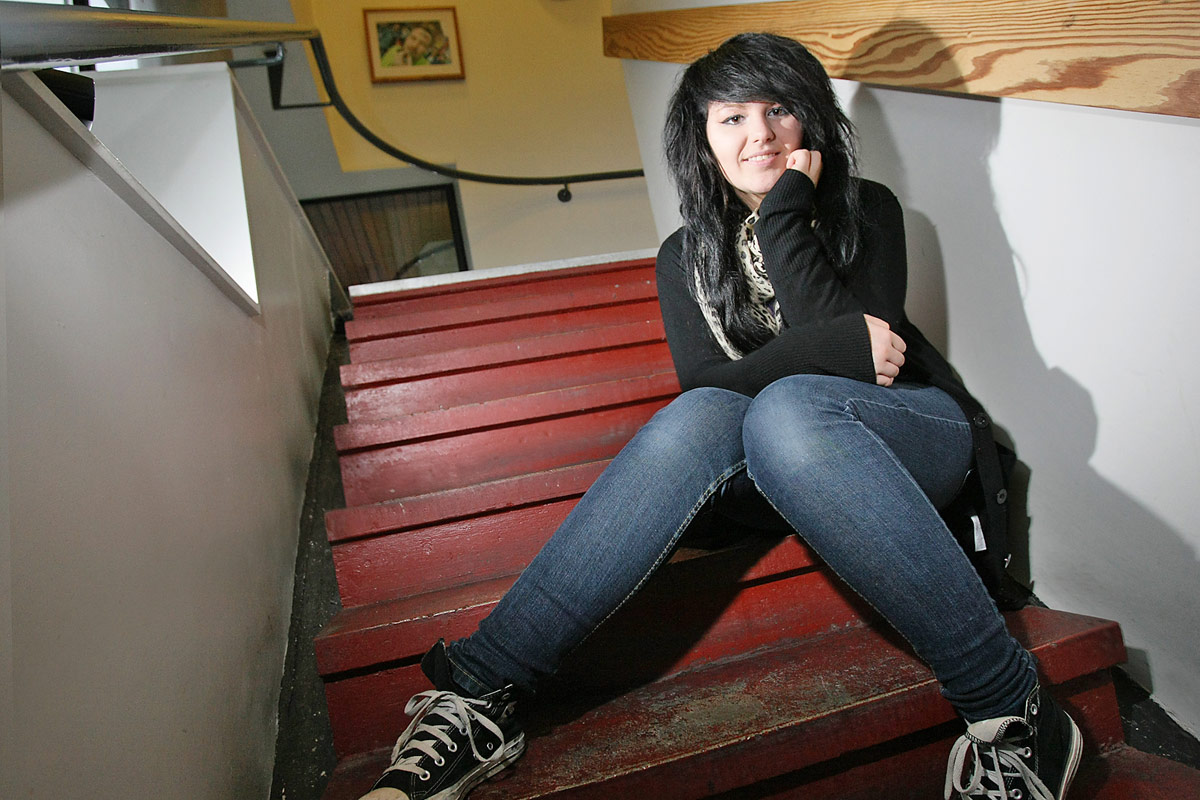 A WEST Belfast schoolgirl and her best friend got the chance of a lifetime this week – to strut their stuff on stage with pop princess Britney Spears.15-year-old St Dominic’s pupil Hayley Gaskin took to the Odyssey arena stage with the singer  after a dance video of her and her pal, CBS pupil Chris Drain, was chosen over thousands of others in a search for Belfast dancers to join Britney on stage.

“I have always been a Britney Spears fanatic,” said Hayley. “When the tickets came out for the concert they sold out so quickly and I couldn’t get any. That’s when Citybeat radio station announced a competition to come up with a dance to one of her songs and the winner would get to meet her and dance on stage alongside her. Chris and I sat and planned it all out together, we knew we wanted this so much and were prepared to put in the hard work. We sat searching the internet for two days straight looking for ideas and then another five days we were flat out learning the routines.

“I went to my Moving Images teacher at school and asked could I borrow the tripod. Then we went to St Michael’s Youth Club and put the whole thing together,” she said. “We felt sick with nerves uploading our video and it really was a waiting game to see if we were going to win.”

Hayley said she was knocked for six when the exciting call came through telling her that she and Chris has been chosen.

“I just freaked out, I started shaking and crying my eyes out. Somebody asked me did I  just win the lottery? I said it was something like that.”

See next week’s paper for a pic of Hayley with her idol.