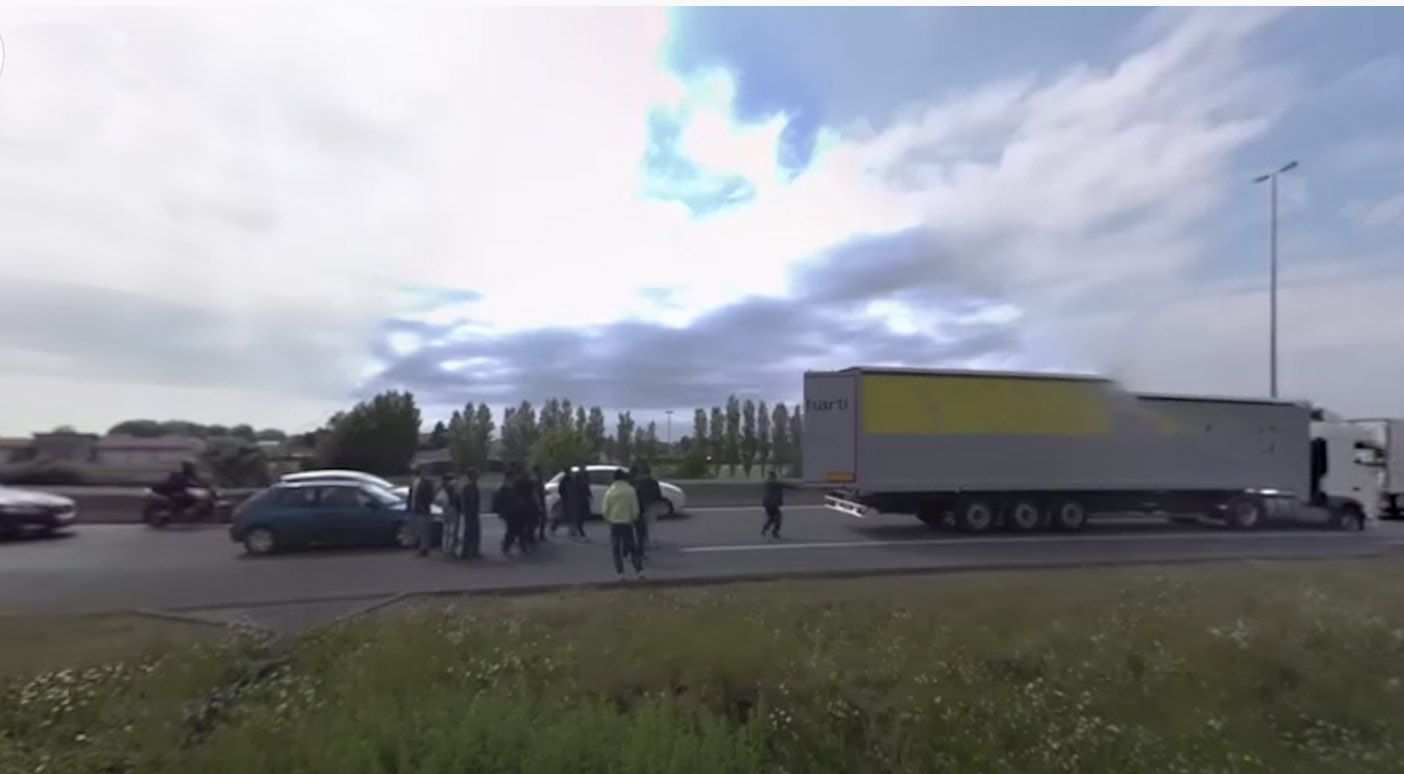 DESPERATION: Migrants attempt to board a truck at the French port of Calais

PRESIDENT Donald Trump is continuing to undermine the confidence of Americans in their electoral democracy. He has refused to accept defeat, he and the millions who voted for Trump believe that Joe Biden did not win fair and square.

Is Donald Trump preparing America and the world for a US civil war? If this was an African country, journalists would be nodding their heads in admission that another bloody conflict is in the offing and thousands of refugees will be streaming to the global south. Conflict is a push factor of migration and right now many parts of Africa are receiving African Americans who are settling in Africa. They have been returning to their original homeland where their ancestors came from in unprecedented scale during the slave trade. But if the current trend of American trauma continues, if the racial conflict goes on, there will be killing fields that have been sparked off by the 2020 election:  the powder keg election.

The Media is just as corrupt as the Election itself!

Trump will have to honour his worldview that being on the warpath – ­with North Korea, for instance – was not an ideal situation. The world was thankful to that positive gesture. He must impress upon the armed militias that are behind him that he is not a tribal warlord, but if he continues to demonstrate unwillingness to leave the White House in January, America will face the most difficult economic times ever, plus many countries are going to issue travel advisories to their citizens.

There is a postmodernist slogan that goes like this: if plan A doesn’t work, the English alphabet has 25 more letters. Tell that to a homeless person on the street stretching their winter-battered hands for alms. This winter will be very grim for homeless people.  First they will wake up in the pavements, outside shops on their cardboard, knowing very well that the effects of Covid have rendered many benefactors jobless, without business and broke. Kind-hearted people always dig into their pockets to give money to homeless women and men. When I do this, I mostly donate food at least to keep them going for the day.

I did think about this the other day. What if the person has serious gluten allergies? You would regret giving them a good loaf of bread. It is because when the human mind is bound to be compassionate, it will not be the first time that they do not pay attention to detail. Those individuals you see out there asking for help are not imposters.

This week I met a very important person. A driver of an articulated lorry. These guys are doing a tough job. So, let’s get down to business. John from Newry told me a story of his personal experience of why he had to stop driving lorries from France to Britain. He said that two things are happening in Calais: there are masters of human tracking there pulling strings all the time’ and there are exhausted people wanting to come to the UK by boarding the lorries and are determined that they must use any means possible, lorries and all, to reach the shores of Britain.

John was not knocking any of their efforts but he feels that the world migration system must be managed better, universally, and in such a way that people should not be left with the most dangerous options to come to their promised land. It is a lucrative demand-and-supply  business.

One evening in Calais while John had cleared everything for his  journey on to the ferry back to England, the thing that he dreaded the most happened to him. Customs officers were inspecting his lorry and within minutes after opening the back of the lorry they found a stowaway. John’s first reaction was, how did this happen? John was issued a £650 fine for violating port rules. The man who was found in the lorry was released back to Calais but it was an experience most commentators are afraid to discuss: the plight of lorry drivers.

Thousands of the lorry drivers have no sympathy for the refugees at Calais because they do not understand their journey. Some, like John, are more compassionate with their thoughts about what is happening at Calais. Sad as it is, he believes that governments are not wanting to address the million-dollar question of what damage will Europe suffer if less restricted migration is allowed. Millions of Europeans have migrated and stayed in the global south for over ten decades.

What is this darkness European governments see in their streets? They settled in Africa, Asia, the Americas, all the dark places, so what is it they are afraid of? The American philosopher of liberal thought Ronald Dworkin insisted in his writings, and rightly so, that law should be beyond a system of rules, that if those rules are fundamental, then the ideals of community and equality are more important. If the refugees at Calais are living unhappily in those camps, it is because of human intent.