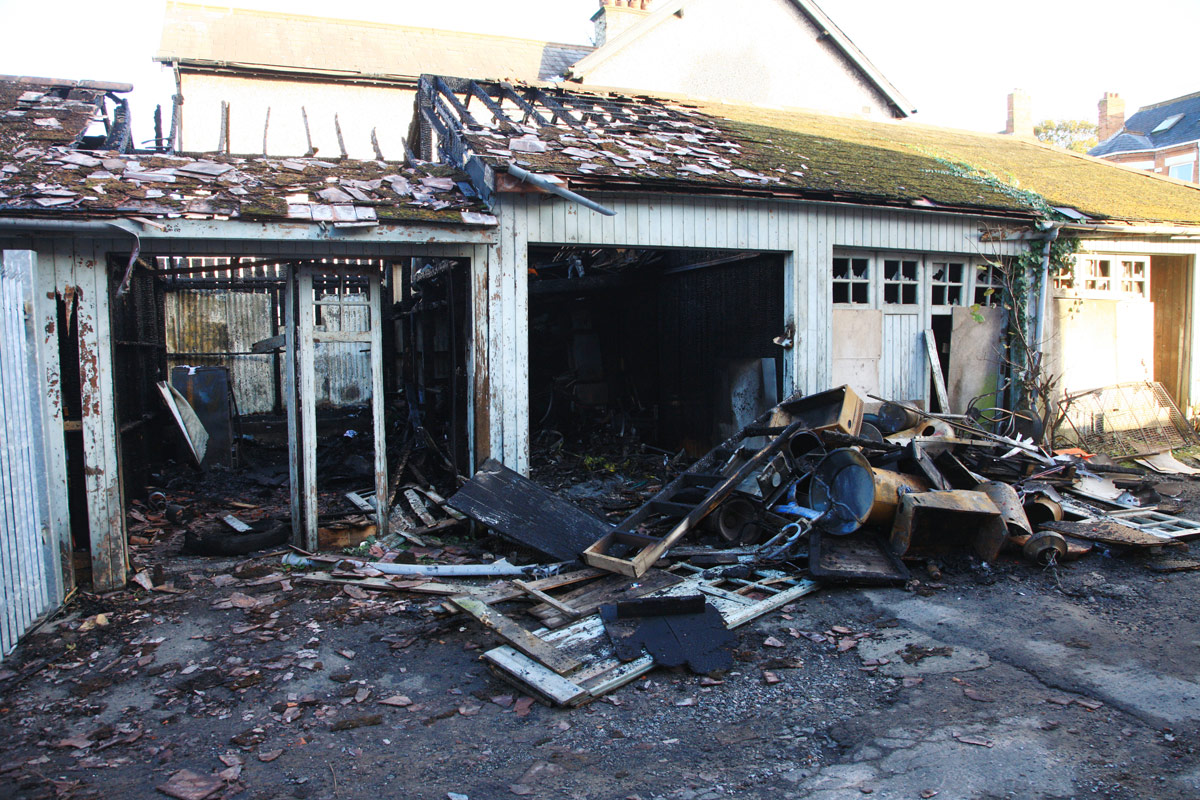 A major disaster was only narrowly avoided during an arson attack close to a shop selling gas cylinders, a local woman has said.

Heather McGill was speaking after the fire in a row of vacant garages off Galwally Park at the top of the Ormeau Road in the early hours of Saturday (November 5).

Police believe the blaze was started deliberately. Two men – aged 21 and 24 – were arrested on suspicion of arson but have been released pending further enquiries.

Heather, who owns the Coffee Stop shop beside where the fire took place and is a resident of Galwally Park, said if the blaze had reached nearby stores, things could have taken a deadly turn.

“There is a shop selling gas cylinders only a few doors down from my own store and if the fire had gone in there, it would have been like a nuclear explosion here.

“It all happened about 6.30am, so people were in their beds and would have been blown to smithereens if that had happened. I live very close to the sheds, so both my business and home would have been gone in that case.

“There is no doubt there would have been injuries and deaths here. Everyone in the street couldn't rest until the fire brigade said they had secured the gas.”

Heather said shop-owners in the row had long been concerned about the potential for something dangerous to happen there.

“The sheds have sat vacant for as long as I can remember and no-one seems to know who owns them. Everyone just seems to use them to dump things in, so it’s no surprise they went up. If a good thing comes from this it could be that we all get together and take responsibility for them.

“There’s not even a gate to stop people wondering in, so it was only a matter of time before something like this happened. This is something we’ve needed to look into for some time and maybe we can improve the security here now.”

Heather said those who carried out the arson were “disgraceful” and should think “long and hard” about their actions.

“Whoever did it could have killed a lot of people here. I originally thought it could have been something as simple as someone throwing a cigarette to the ground and it caught fire but once I heard it was deliberate I was shocked. I’m glad this is now receiving attention because many of us here feel it has been somewhat ignored by the media, considering how bad it could have been.”

A Fire Service spokesperson said three appliances tackled the blaze and managed to bring the four garages under control around an hour later.