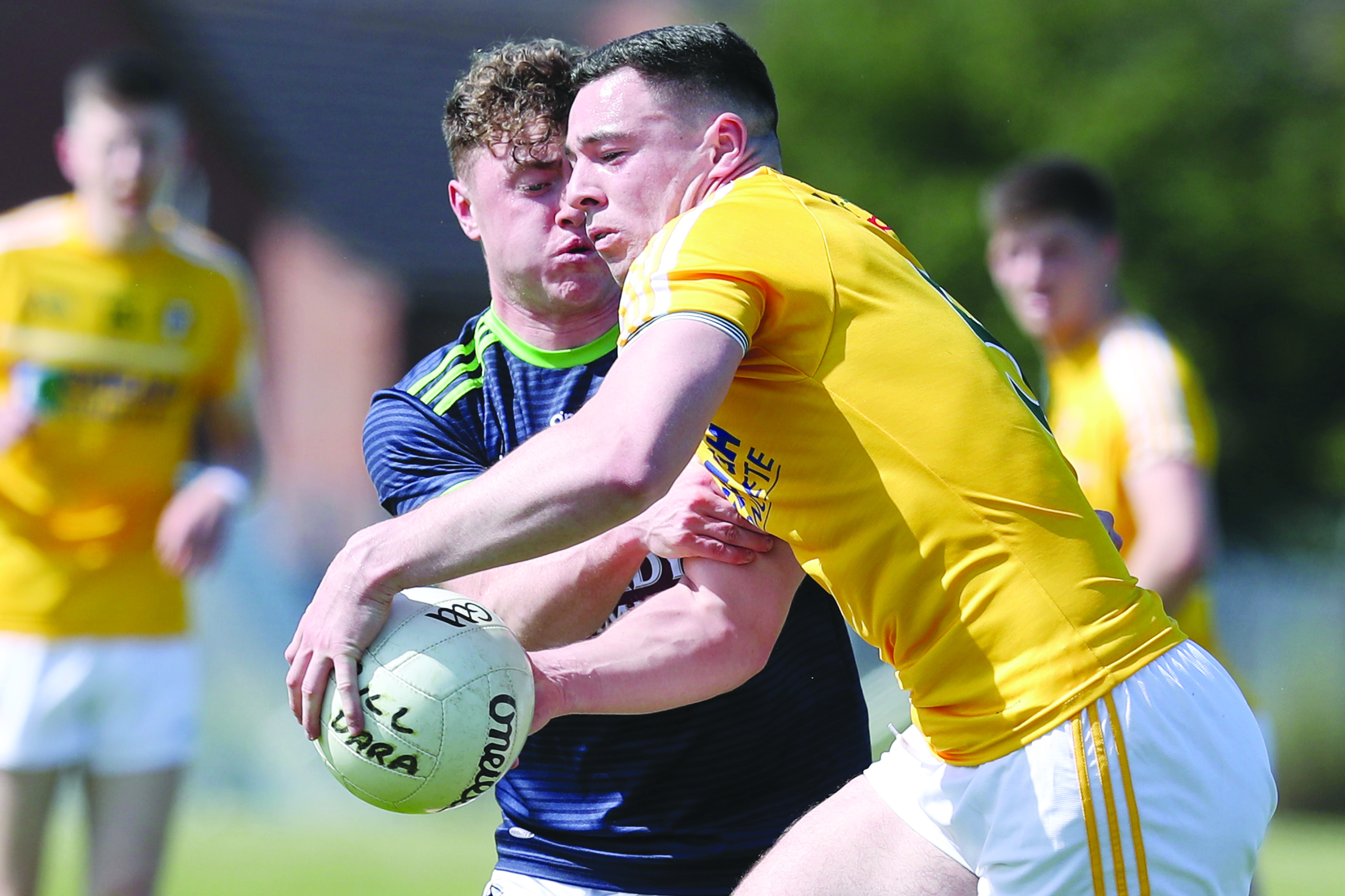 A NEW Casement Park will be capable of hosting world-class sporting events, but the immediate priority is getting the project over the line.

That’s the view of Antrim senior football captain Declan Lynch, who has been a vocal advocate of the redevelopment project for several years.

Last October, planning permission was recommended for redevelopment plans but, over four months later, the GAA still hasn’t been given the green light to proceed.

In the meantime, the GAA has become locked in a stand-off over funding of the project, with association insisting that they won’t contribute more than the £15M they’ve already pledged, despite soaring costs for the new stadium.

Under the original funding model, the NI Executive was to invest £62.5M with the GAA contributing £15M – however the estimate for the project now stands at around £110M, some £32.5M more than the original estimates.

However, new GAA president Larry McCarthy appeared less than enthusiastic for Casement’s redevelopment and other major infrastructure projects when addressing the media after being sworn in as John Horan’s successor.

"Everything emanates from getting back on the field," stated McCarthy.

"You saw the accounts, the cupboard is bare and once we are back in we might have some funding to be distributed. Our commitment was for £15M to the project and we will stand by that and let's see where the costs are going and where the project is going.

"Where is it on the wish list? Well, getting back on the field is top of my wish list. There are other capital projects as well that we have committed to and we will fund those as well. I don't have any priority of one coming before the other, I can assure you."

Posturing over Casement Park is nothing new, but Lynch feels it is high time action is taken to get the redevelopment project going.

“The priority is now getting the final piece of the stadia project (Casement Park) over the line,” said Lynch.

“I’ve harped on about it before – the other two stadiums (Windsor Park and Kingspan Stadium) are done and dusted.

“We are still waiting on Casement Park being delivered. . .but it will be delivered. I’ve do doubt about that it.

“The priority is now getting it over the line and giving Antrim and Ulster Gaels a new home.

“That has to be the goal before looking at other games or competitions being played at Casement. Of course, I believe that’s possible, but we need to keep our eyes on the ball and making sure it is delivered and delivered to the standard that’s been promised.”

While Lynch insists giving Antrim a permanent home is the main aim, like all sports fans, he is excited about the prospect of what other events may be held at a new 34,500-capacity Casement Park.

Back in 2014, Casement Park was one of the 12 stadiums which formed part of Ireland’s failed bid to land the 2023 Rugby World Cup.

The IRFU are now understood to be mulling over a joint bid in 2031 along with England, Scotland and Wales while, earlier this month, the football associations of Ireland and Britain confirmed that they are looking into a bid for the 2030 FIFA World Cup.

Discussing potential for a joint 🇮🇪-🇬🇧bid to host #FIFAWorldCup30 at Communities Committee yesterday.

“I think it will act as a driver for the economic recovery here and especially in West Belfast. Imagine having the likes of the All Blacks playing at Casement Park?

“The potential of a rugby World Cup game being staged at Casement can add to the excitement around the project.

“It would be amazing to see world famous athletes and sports stars in action in the heart of West Belfast.”

While Lynch still retains ambitions of playing for Antrim again in Casement Park, he insists the main aim is to get planning approval granted for the project so that Gaels of all ages can dream about playing at the famous stadium.

“People are jumping the gun a bit in terms of the money. We haven’t even got to the stage when we need to go looking for the money,” added the Lámh Dhearg clubman.

“The planning hasn’t been approved. People are putting focus on the Minster for Communities, Deirdre Hargey, but until Minister (Nichola) Mallon (Minister for Infrastructure) approves the planning permission, which she recommended over four months ago, we aren’t at the stage to look at who needs to provide the increase in funding.

“There is a minority who are still against Casement. Some residents have their concerns, but the numbers who are against it are dwindling.

“There have also been comments that Unionist politicians aren’t on board, but Casement Park was recommitted to in the “New Decade, New Approach” deal and Unionists were around the table for that. I think that argument is out the window.

“I’ve said before, it is a burning desire I have to be part of the Antrim team who runs out on to the pitch for the first time in the new Casement Park. That’s providing I stay injury-free and it will be up to the management of the time to decide if I’m part of their plans.

“There is a generation of young boys and girls who never played in the old Casement and we need to get this stadium built so they can dream about representing their club and county teams at a new Casement Park.”