Make a date with calendar boys 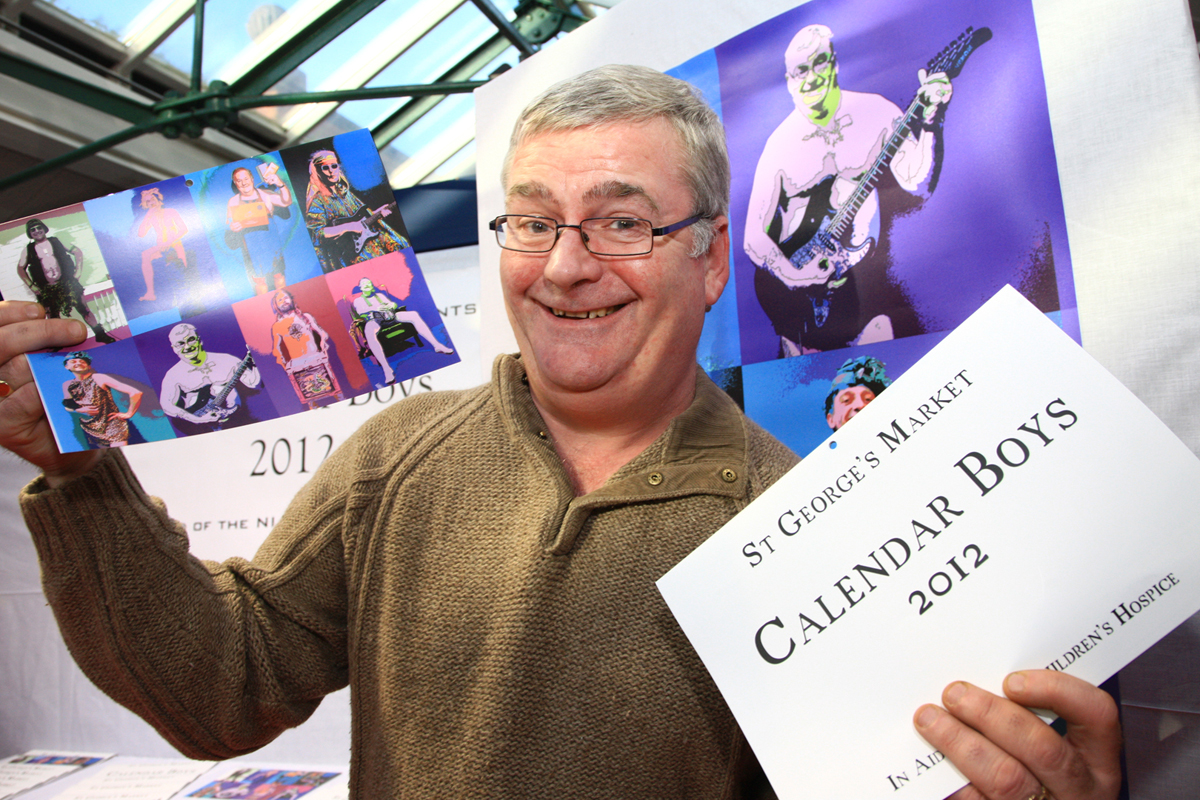 Male stallholders at St George’s Market are to show a bit more than their wares as they launch a charity calendar.

The traders have stripped off for the calendar, showing them in various states of undress, in aid of the Northern Ireland Children’s Hospice. It is available in the market and costs £4, with all proceeds going to the charity.

Pat Dwyer, chair of Belfast branch of National Market Retailers Association, said the original idea had been a bit different from what eventually happened.

“We all wanted to do something for one of the local charities and we settled on the Northern Ireland Children’s Hospice. The discussions were originally about the female market traders doing a calendar.

“But they turned it round on us and asked why we didn’t do it ourselves. I know the men here aren’t Robert Redford or Brad Pitt but we all agreed to go for it.

“It’s a good cause and has been photographed really well by one of the girls down here. I know the people of Belfast are great when it comes to charity and they give more than anywhere else, so we're hoping they will continue that.”

Despite the exposure the calendar gives the stallholders, Pat said he had no reservations about shedding his clothes.

“I’m the month of April and have already been labelled an April fool,” he laughed.

“If I had done it when I was 30 maybe I would have been a bit apprehensive but once you get past 60 you stop caring. We have a few of our Spanish guys and a French stallholder in it as well, so there’s a real international flavour to things.

“The hospice has been super to us. We had to take the photographs to them so they could vet them and they even took out a few that were a bit risqué but most of them got the go ahead and now we’re looking for local people to dig deep.

“The only question left is how do we top this calendar for next year?”