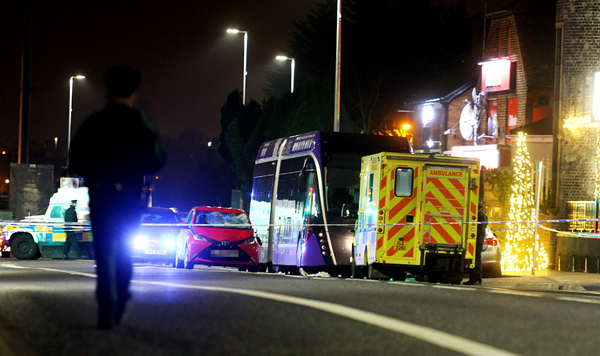 A 48-year-old male pedestrian has died after a one-vehicle road collision in Andersonstown.
The man was involved in a collision with a red Toyota Aygo close to the junction of the Andersonstown Road and Stockmans Lane shortly after 4.40pm on Monday afternoon.
A 19-year-old female, who was arrested at the scene in connection with the collision, has been released on bail pending further enquiries.
The Andersonstown Road was closed to traffic from Slievegallion Drive down to Kennedy Way following the incident but has since re-opened.
Police are appealing for anyone who was travelling on the Andersonstown Road around the time of the collision and who witnessed anything or anyone who may have dashcam footage of the collision to contact local officers in West Belfast or the Collision Investigation Unit on 101 quoting reference number 910 10/12/18.