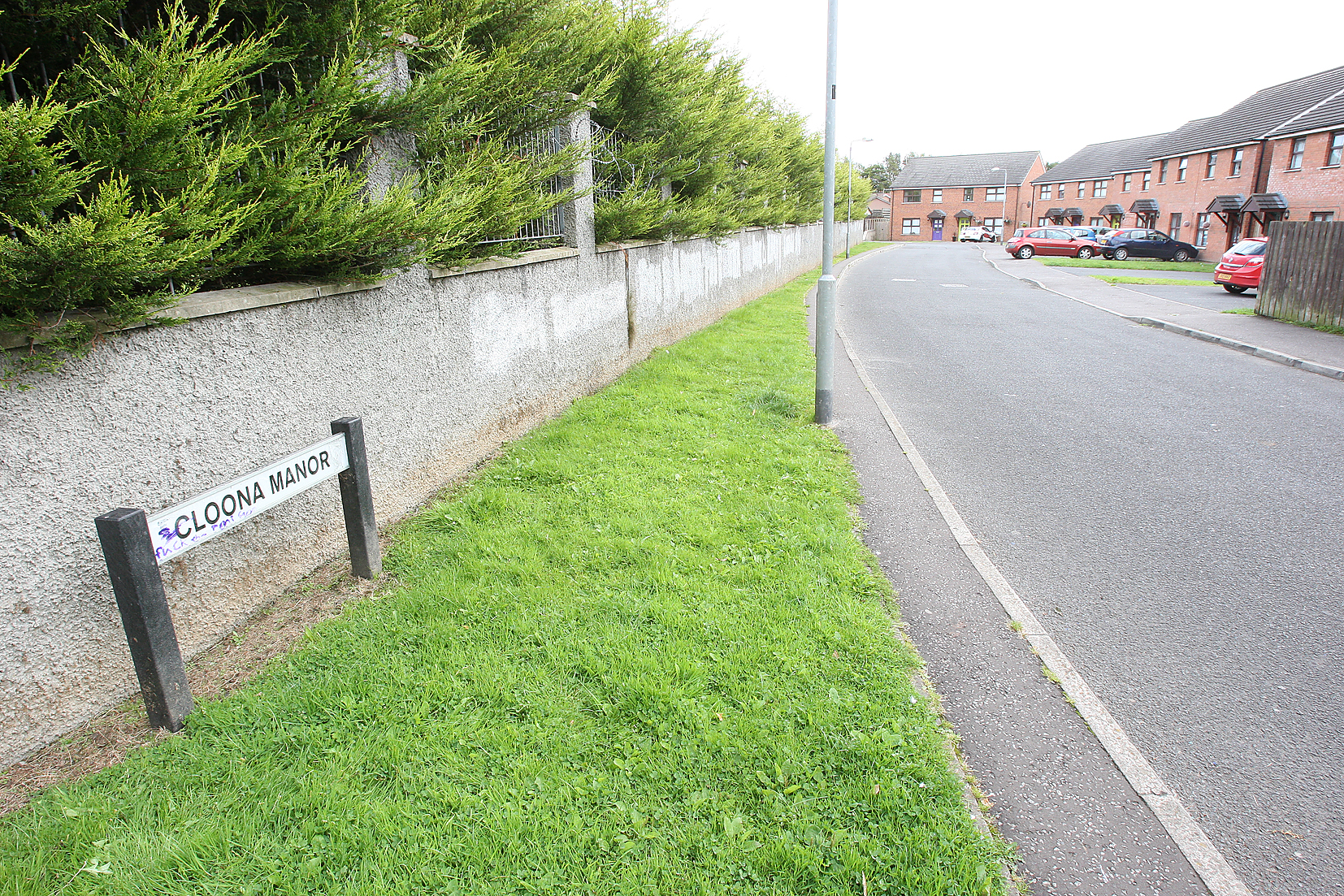 Cloona Manor, off the Stewartstown Road, where two women were stabbed in the early hours of Monday morning

A man will this morning be charged with two counts of attempted murder following a double-stabbing in West Belfast.

The 35-year-old will appear in Craigavon Magistrates Court to face the charges plus a further charge of aggravated burglary.

The charges were brought after two women were assaulted at a house in Cloona Manor in the early hours of Monday morning. The women received stab wounds at around 2am in the housing development off the Stewartstown Road.

The two women who were wounded in the attack are aged in their 30s and 50s. They were treated in hospital for injuries that are not believed to be life-threatening, according to police.

A 28-year-old woman who was being held on suspicion of aggravated burglary remains in police custody and is assisting police with their inquiries.

As is normal procedure, all charges will be reviewed by the Public Prosecution Service.