Martin through the eyes of those who knew him 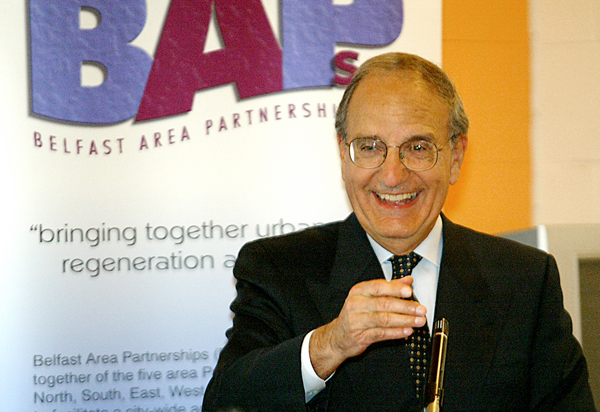 A BOOK capturing the life of the late Martin McGuinness through the eyes of those that knew him was launched in Belfast city centre on Thursday.

In his latest work, Andersonstown News columnist Jude Collins is offering the readers the opportunity to delve into a range of perspectives on a man who helped shape Ireland's recent history.

The launch of the book came on the first anniversary of the former deputy First Minister’s death.

“In fact at my second last book launch Martin was guest of honour – and he was brilliant,” recalled Jude.

“We met through a search I was doing at Ulster University for which I interviewed a number of people about an education issue and he was one of those I spoke to.

“At the time I thought it would be great to write about his life and it was looking like a positive venture but because of his commitments to work we never got a chance to carry out the series of interviews I would have needed, so the idea just faded into the background.

“Unfortunately it wasn’t long after that he passed away and I couldn’t help think what a shame it was that the book hadn’t been written and so I decided to pursue it once more, but this time telling his life story through the people who knew him.

“I have used this form of interview before, it’s the same format as my book around 1916 or in St Colm’s School in Derry in the 1950s.

“It’s a collection of interviews from spanning 27 chapters from people who knew Martin during his life – what he did, what he said and what sort of man he was.

Senator George Mitchell comments on his role in the Good Friday agreement, Eileen Paisley on the influence she believes Martin had on her husband and former Sinn Féin President Gerry Adams who was his closet colleague for many, many years, features in the book too.

Martin McGuinness: The Man I Knew will be have its Belfast launch at 6pm on Thursday in Eason’s in Donegall Place.