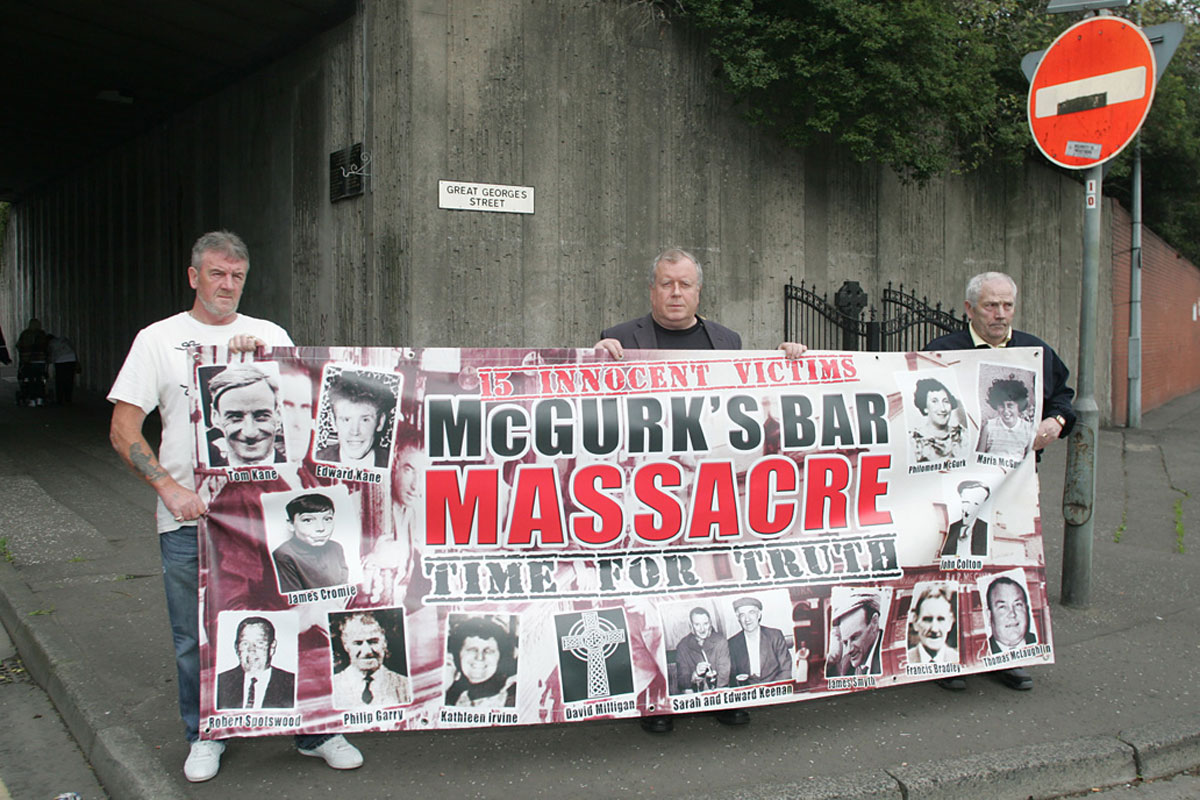 A group set up to mark the fortieth anniversary of the McGurk’s Bar Massacre are seeking the public’s help to fulfill ambitious plans for the December milestone.

The centrepiece of the McGurk’s Memorial Fund’s plans is a mural/sculpture of the bottom floor of the bar at its original site on the corner of North Queen Street and Great George’s Street. The mural will be a sculpted relief recreation of one of the iconic images of the bar before fifteen innocent people were killed by the UVF explosion on December 4, 1971.

As the anniversary approaches the Memorial Fund are aiming to raise £12,000 towards the mural/sculpture, an exhibition and other events.

To kickstart their efforts they are holding a fundraising night in the Dockers Club on October 7 (7pm £6) when family members of the victims will be available to meet the public. There will also be entertainment on the night.

Speaking to the North Belfast News this week, one of the Fund’s members, Gerard Keenan, whose mother and father Sarah and Edward Keenan were both killed in the atrocity, said they are asking the public to help in any way they can.

“We are calling on the community to come and give us a hand in any way they can, whether that be through donations or practical help,” he said.

“We are looking for volunteers who are willing to help us with the sculpture and we are keen to involve young people in the memorials because it is important that what happened at McGurk’s remains in the public consciousness.”

Meanwhile, next Saturday (September 17, 1pm) victims’ support group Survivors of Trauma are hosting a public meeting with the McGurk’s families at their Cliftonville Road base.

The families are asking for people to bring along any items they may have from the time, from photos to newspaper clippings, documents or even items from inside the bar itself.