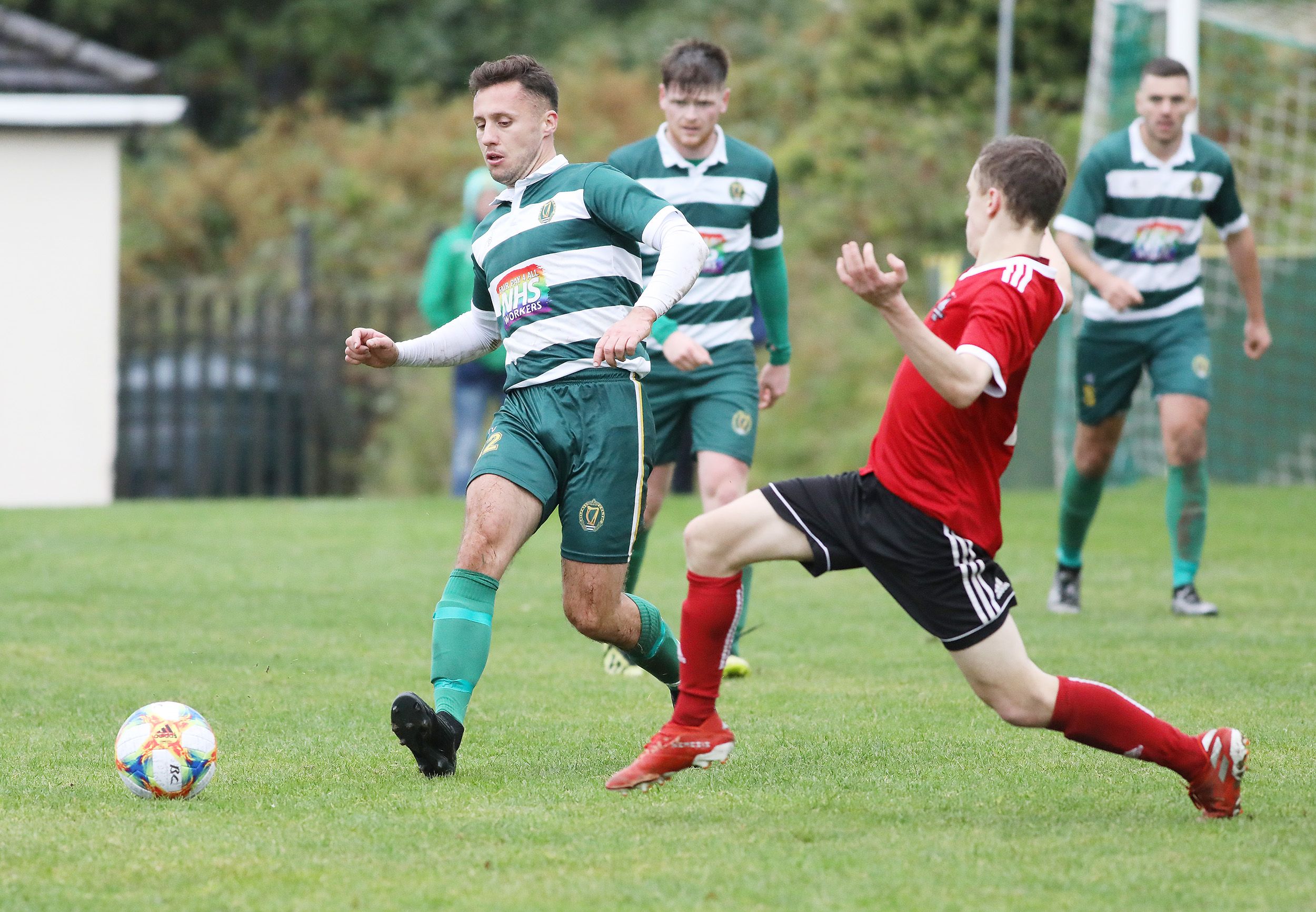 BELFAST Celtic boss Stephen McAlorum fears that the Intermediate football season could be lost unless there is clear leadership shown by the Irish Football Association.

The prospect of a ‘null and void’ season is one that the authorities will be keen to avoid, but teams in the Ballymena and Provincial League have only played a maximum of two games this season while the NIFL Championship and Premier Intermediate Leagues have yet to start.

Last weekend’s first round of the scaled down Irish Cup was postponed with ‘non-elite’ teams not permitted to play in the current wave of Covid-19 related restrictions - although the Irish Premiership is also currently on a two-week circuit-breaker.

On Monday evening, the Co Antrim FA confirmed that this season’s Steel and Sons Cup has been cancelled with immediate effect.

McAlorum says it is the uncertainty surrounding the immediate future of football that is frustrating for all concerned.

“I think what we are missing throughout it all is a bit of leadership, someone to stand up and make a decision,” said McAlorum.

“Everything is up in the air. If they put a marker down and looked at something sensible and said: ‘let’s aim for say April or play summer football or even start afresh next year?’ There has to be decisions made - you can’t keep people holding on and players trying to keep themselves fit with nothing to aim for.

“I feel for the boys not knowing what is happening, not knowing if they are going to get back playing football this season or not.

“The leadership has to come from the top because, at the minute, nobody knows what is happening.

“I think if they did that, they’d get less flak and people would be more understanding - the silence is frustrating for everyone.”

After playing just two games in the Ballymena and Provincial League, Belfast Celtic submitted proposals to their league suggesting that football shouldn’t return until March 6 with games continuing through until the end of June. Those proposals were all but rejected as it is customary that all local football leagues are finished before the Irish Cup final in May.

However, the plans submitted by Belfast Celtic now appear prudent, even a little optimistic and McAlorum feels new ideas around teams playing each other just once are unfair and had urged a rethink.

“We have heard suggestions that the league might be played, but you’ll only play each team once,” said McAlorum.

“Again, I don’t think that’s fair. A lot of teams, the likes of ourselves and St James’ Swifts are putting a lot of effort into trying to get out of this league and get promoted. To put that amount of pressure on players after the year we’ve just had isn’t right.”

January is usually a month when managers take stock and try and recruit fresh blood for the second half of the season.

That is almost impossible for clubs in the current circumstances as so much is still up in the air.

Despite the loss, McAlorum is confident that he has a strong enough squad to challenge for honours whenever the season does resume.

“When Chris (Ramsey) came on board, we said if anything else came up that tickled his fancy, we wouldn’t stand in his way - the same with any of the players,” added the Belfast Celtic manager.

“Our objectives are the same, if they play well for us, they can move up. It gives an opportunity for someone else to come in. It is a blow, but I think we have the players to cover for his loss.

“You can’t recruit at all and you just have to stick by your squad. To be honest, I’m more than happy with the squad we have.

“If we get the go-ahead to return in the coming weeks, I’m happy with the players we have in the squad.”

As it turns out Ramsey’s new club will face his old one in the Irish Cup and McAlorum feels it is a good opportunity for Belfast Celtic to prove themselves following their 8-0 loss to Larne in the fifth round of last season’s competition.

“I think it is a good draw, you always want to test yourself against the bigger teams,” said McAlorum.

“I think last year when we came up against Larne, we were depleted and missing around 10 players.

“We probably let ourselves down a touch and I think the boys know that. This is a good opportunity to go out and show other teams that we can play a bit and mix it with the bigger sides.”