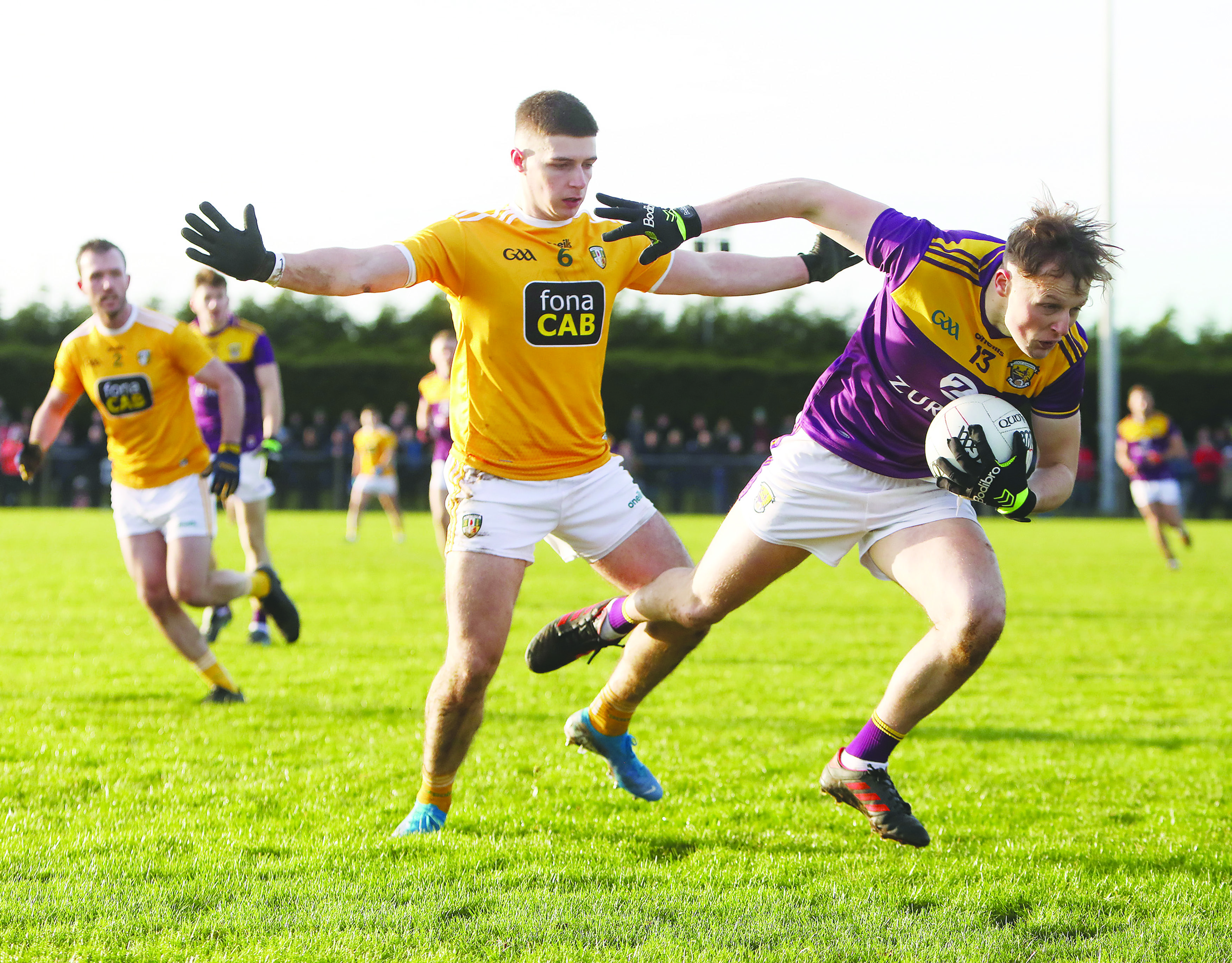 DESPITE the trials and tribulations of 2020, some good did come from the annus horribilis with tweaks to the sporting calendar resulting in changes that many have been calling for.

In the GAA, the idea of a split season between club and county had long been debated and when the action resumed in summer, that particular hypothesis was tested and passed with flying colours as the clubs served up breathtaking games that were broadcast through a range of outlets from TV to online streams, followed by the inter-county Championships that were completed just before Christmas.

With 2021 also looking uncertain in terms of whether the sport schedule will run smoothly, there may be tweaks needed yet but the GAA have opted to continue with the split season concept, meaning the All-Ireland Championships will be wrapped up by mid-July, allowing clubs a free run until the end of the year.

Such a move eases the burden on players according to Antrim and Naomh Éanna footballer James McAuley who has welcomed the move and believes the majority of inter-county players feel the same.

“I think Antrim worked it quite well last year in that you were able to focus on county and go back to the club,” said the 24-year-old defender.

“I think that works well for everyone as you’re not spreading yourself too thin, training five or six nights per week between club and county. You are only asking to get hurt there so I think it’s better to be able to just focus on one at a time. I think if you asked the majority of club players, I’d say they enjoyed it (split season) more as well.”

McAuley and his Antrim team-mates were due to resume collective training this week but with the Irish Government moving to Level Five restrictions, the date for a resumption of team training is pushed back to the beginning of February at the earliest.

Antrim are due to begin their Allianz Football League Division Four campaign on the weekend of February 27/28, but that would allow minimal time to prepare.

With Enda McGinley appointed as Antrim manager in late November and restrictions put in place in December, there has been little time to work with his players and McAuley feels it would be fair to give squads more time to prepare for the new-look League by pushing the start back rather than stick with the proposed late-February start.

“We had a few trial games in December, but everything has been pulled back now,” said McAuley, who works as a software engineer.

“It’s bound to be difficult for Enda and the management team to get a proper hold of things, to get boys in and working with them, but it’s just the way things are at the minute.

“You would like to think they would push the League back to give teams and new managers who have come in a fair crack at things.

“If you are only starting training at the end of January and they want the League up and running four weeks later, that’s not great preparation.”

Despite McGinley and his management team that also includes Stephen O’Neill, Sean Kelly and Stephen Quinn just getting to know the players and finalising his squad for the League, McAuley says he has been impressed so far.

The Tyrone man is a three-time All-Ireland winner with Tyrone and his accomplishments as a player command respect, so there is a buzz amongst the Antrim players who are champing at the bit to begin working properly under the new regime.

“From the small amount of contact with them and the brief conversations, they have come across very well,” McAuley added.

“They know their stuff as they have been there and done it, so they will leave no stone unturned and are covering every base. We just can’t wait to get started when we actually can do properly.”

With the four divisions in football being split into two on a regional basis and the top two in each section reaching the playoffs, there will be little margin for error in each game.

Antrim have been grouped with familiar rivals in Sligo and Leitrim alongside the Mickey Harte-managed Louth that should bring added intrigue to that particular fixture as it will be a meeting of teacher and students along the sideline.

However, McAuley dismisses the idea that the four-team group concept brings a different dynamic this year, instead insisting that Antrim would face the same teams regardless of how the division was structured and would still require them to hit the ground running.

“You would have to play those teams anyway if you were playing the eight-team division,” he stressed.

“With Division Four being as competitive as it is, you can really only afford to lose one game at most. There have been teams in recent years that have maybe lost one and drawn one, but still didn’t go up, so it doesn’t really matter that you now just play those three teams instead of Wexford, Carlow, Waterford and London (who are in the other section) as well.”

Antrim’s last outing was the defeat to Cavan in the Ulster Senior Football Championship quarter-final, a game they looked well-placed to win at the break before the Breffni Blues hit their stride in the second period despite playing the majority with 14 players due to black cards.

Cavan would go onto claim the Ulster title and for Antrim, their performance against the eventual champions perhaps showed they weren’t too far away and they can take heart from that as they prepare for a new season.

“It’s sort of been the thing with Antrim for a long time that the talent is there, but it’s just about putting everything together in the right manner,” said McAuley.

“We believe that on our day we can beat the majority of teams in Ulster, so we won’t make any excuses for ourselves.

“In the Cavan game, we stuck with them for 40 minutes or so, but then they had that exposure to Division One and Division Two in recent years with us playing in Division Four came to the fore, so you can’t have any complaints.”