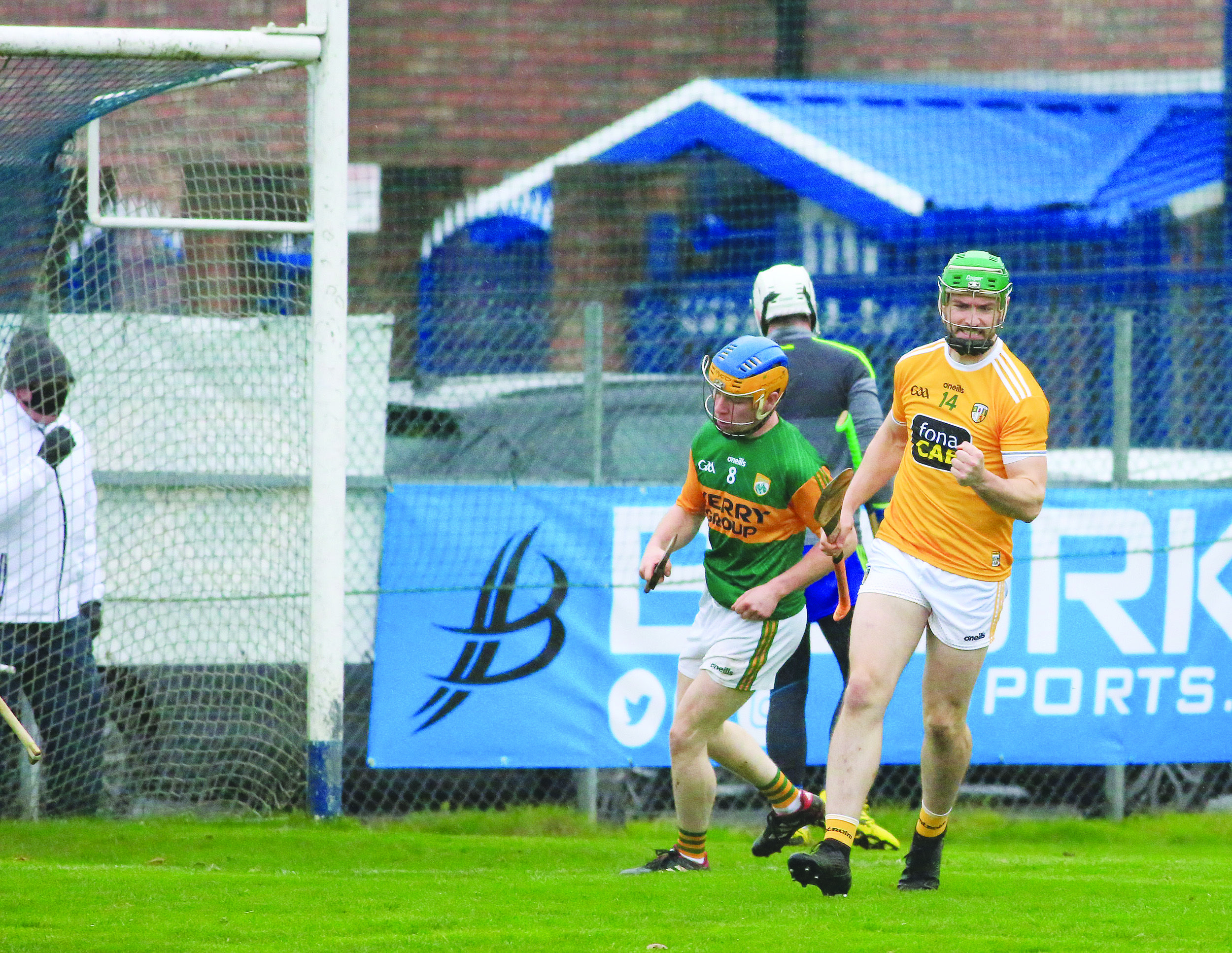 CONOR McCann believes the retention of the split GAA season can help teams flourish, but says more can be done by county boards to lessen the demands on dual players.

Due to the Covid-19 pandemic, the GAA were rescheduled many of the 2020 competitions with the clubs Championships taking centre stage in the summer before the inter-county season resumed in the autumn.

As Antrim hurling captain, McCann had the honour of leading his team to glory in the Joe McDonagh Cup - beating Kerry by two points in the decider in Croke Park on All-Ireland final day last month.

The Saffrons also secured the Division 2A title at the expense of the Kingdom and will ply their trade in the top tier of the Allianz Hurling League for the forthcoming season.

The planned return to collective training for inter-county teams was pushed back until at least the start of February and it seems increasingly likely that the Leagues will be moved to a later start date as well.

While the pandemic may have forced the GAA’s hand in term of fixtures, McCann is glad the split season has been retained.

“Any player I’ve talked to, be it ladies footballers, camogs, footballers - they are all the same. This is the only way it can work, club and county being separate,” said McCann.

“That’s possibly the only good thing that came from the pandemic - the split season being forced on us.
“For a dual player like me, it is the only way forward. Everyone has heard stories of managers forcing players to pick one code or the other and this is a way that facilitate everyone. Everyone gets a chance to play for their club and county and nobody is getting pulled left and right and then maybe have a bigger risk of injury.

“There was a quick enough turnaround last season from the club Championship ending to the county starting. I think I’d two days off after the club season then I was back training and that was tight enough going.”

Both West Belfast teams made it through to the semi-finals of the Senior Hurling Championship only to be pipped by Dunloy and Loughgiel respectively while they also compete in the Senior Football Championship.

The dual players at both clubs were playing two Championship games a week for the best part of two months.

McCann, himself a dual player for Creggan Kickhams, believes the county boards must try and find a better way forward for this year’s club schedule.

“Definitely there is a bit of room for better planning of fixtures at club level with the different codes,” added McCann.

“I think Rossa and St John’s in particular found it difficult this season and rightly so. They played maybe 10 or 12 games in a month or something like that. They were going well and they picked up a few wee niggling injuries.

“I think the county board, if they worked a bit more with the planning of the hurling and football fixtures, it would work a bit smoother.

“The Antrim Championships this year were probably the best that there has been in a long time and that can continue if fixtures are worked out a bit better.”

McCann also paid tribute to the Antrim faithful in the aftermath of their unbeaten 2020 campaign.

On another occasion, thousands of Antrim fans would have been packed into Croke Park to watch McCann lift the Joe McDonagh Cup, but the pandemic meant the Antrim and Kerry players weren’t even permitted to stay on in Croke Park and watch the All-Ireland SHC final between Limerick and Waterford.

Yet, the outpouring of support from the Saffron faithful more than compensated for the surreal atmosphere at Croke Park.

McCann, who recently married his partner Shauna McGrogan, said the Antrim players were overwhelmed by the volume of well-wishes and the enormity of what it meant to the people of Antrim, in what had been an incredibly difficult year for many, wasn’t lost on the squad either.

“That was very evident online - just the amount of people watching the matches and sending us well-wishes,” said the Antrim skipper.

“It was as much as I’ve seen in any year. I know we don’t make finals every year, but there was more coverage and more build-up to the games we were playing in. A lot of the games were televised or streamed online.

“Antrim are renowned for having really good support and they usually travel in big numbers.

“Obviously, we couldn’t have a big celebration afterwards, but we could see what it meant to people by the messages online and the players enjoyed that.

“It means everything to us and it is nice to do it for the fans, the coaches and the Gaels right throughout Antrim.”