McCarthy to fight for European crown on Halloween blockbuster 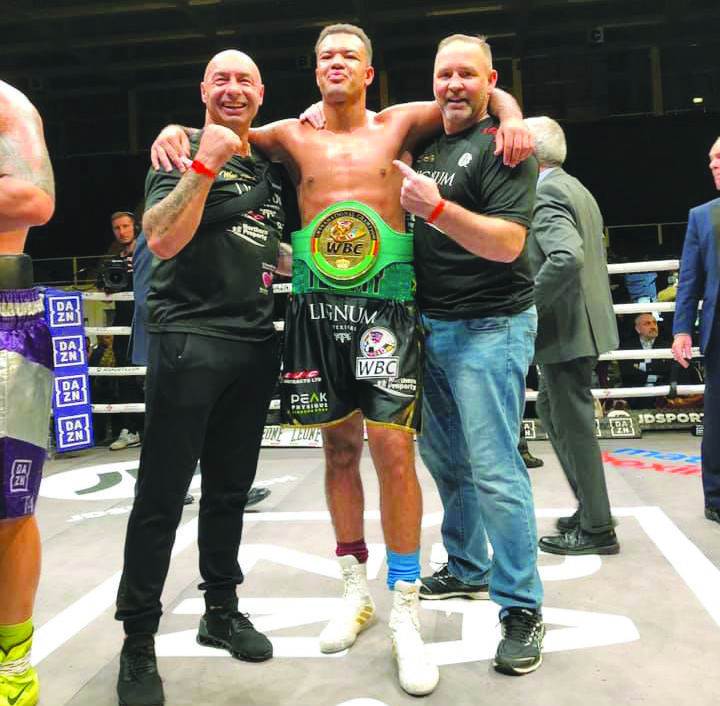 TOMMY McCarthy will get his long-awaited crack at the European cruiserweight strap when he faces Bilal Laggoune at Wembley Arena on Halloween night.

The Belgian had been nominated by the EBU as the man who ‘Mac Attack’ would face for the belt vacated by Lawrence Okolie earlier this year, but the date and venue has now also been confirmed by Matchroom promoter Edie Hearn who revealed it will be a part of the blockbuster PPV card topped by the heavyweight clash between Oleksandr Usyk and Dereck Chisora.

McCarthy has been left waiting in the wings for his crack at European honours following his career-best victory over Fabio Turchi last October for the WBC International title due to the offset of Covid-19 and Okolie’s delay in making the decision to vacate. However, he now has a date set in stone and manager Mark Dunlop says it is a fight his charge can use to take a huge step towards a world title opportunity that could be around the corner.

“It’s an opportunity of a lifetime for Tommy,” he said.

“Tommy waited patiently whilst Okolie made his move and we didn’t put any pressure on him to do that.

“This is a huge opportunity for Tommy, to be in the home corner for a title fight on a show like this is unbelievable.

“He has to win the fight and that’s the bottom line. It will be a tough one, but he has the home advantage and won’t get an opportunity like this again.

“A win here on such a big show with this exposure means his name will be on everybody’s lips and it will get him a good ranking across the board.”

It’s now up to McCarthy to keep his end of the bargain as a victory over Laggoune - who previously held the European title - will open the door for some big opportunities.

There had been a suggestion that Commonwealth champion Chris Billam-Smith may have been his opposition for the European title fight, but the EBU instead nominated the Belgian, although a showdown with ‘CBS’ could still happen in the near future should both negotiate their next outings.

Then again, McCarthy could find himself further down the road with a victory on Halloween and Dunlop acknowledges his man may have some huge nights to look forward to should he prevail.

“There was talk of Tommy fighting Chris Billam-Smith in this one but it now seems that Richard Riakporhe is vacating the British title, so Billam-Smith and Deion Jumah will fight for the British and Commonwealth titles,” he explained.

“It would be great if Tommy could get the winner of that, but a win here puts him right in the frame for a world title fight as he will be European champion and will have a good ranking with all the governing bodies.”