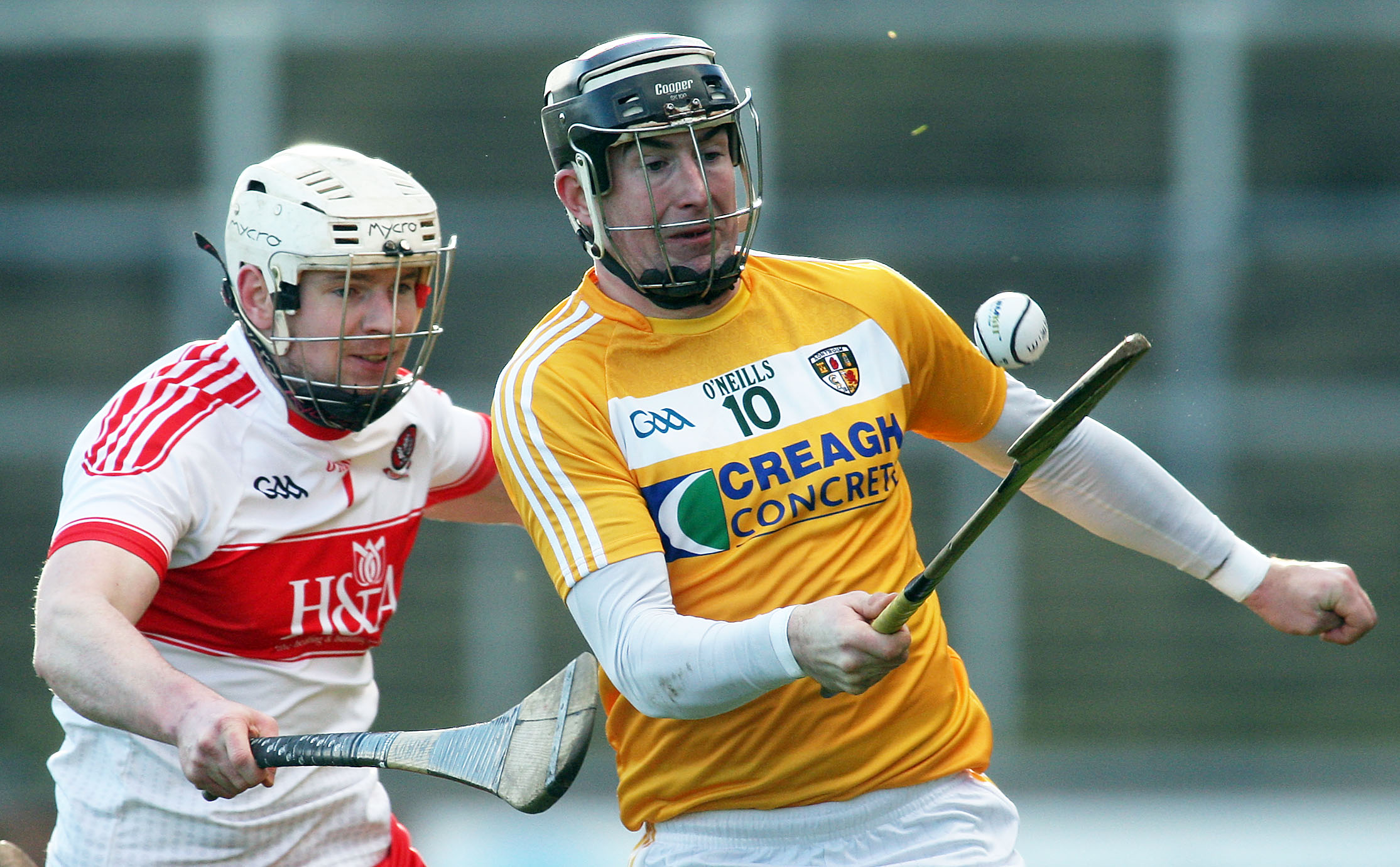 ANTRIM and Meath do battle once more in Croke Park this Saturday (5pm) – 21 days after their now infamous Christy Ring Cup final.
A score-keeping error led to the Royals lifting the trophy despite the game actually ending in a draw.

The problem arose when Niall McKenna’s 63rd minute point was wrongly attributed to Meath’s tally. When this was spotted, the point was added to Antrim’s tally but not detracted from Meath’s.

When Sean Quigley slotted over a point in injury-time, he thought he had won the tie and sealed a breakthrough victory for his county.

Match referee John O’Brien admitted the error and the GAA ordered a replay last weekend before yielding to Meath’s request to delay the game by a week and return the fixture to headquarters.

Many column inches have been devoted to the fall out from the game with Antrim being cast in the role of the pantomime villain.
However, Eddie McCloskey has offered an impassioned case to the contrary. He argues that Antrim have done nothing wrong and deserve a second chance at Christy Ring Cup glory.

“All the talk over the past couple of weeks was about how sad it was for Meath. We were playing too,” said McCloskey.

“We could have won it in extra-time. Everybody feels sorry for Meath but what about us?
“I suppose that’s the chip on our shoulder going into this weekend – nobody is really worried ab
out Antrim.
“It has been a farce and we just hope to get it over and done with this weekend.

“We have been training since last December for that Christy Ring Cup final.
“For the whole thing to end up like that and the way it has been talked about is demoralising for us.

The Loughgiel ace also added that the players themselves were unaware of the scoring error until after the trophy presentation.
Many of the Antrim players fell to the ground in despair at the full-time whistle as the Meath players celebrated in the hallowed turf.

“We didn’t know that we didn’t lose the game until we were in the changing rooms after Meath had lifted the cup,” revealed McCloskey.
“I had a feeling something was wrong.

“We heard people saying the score was wrong out on the pitch but you just don’t think too much about it because you are playing the game.
“When we were in the player’s lounge in Croke Park after the game, we got word from our men. We didn’t know whether they were serious or not. It was a bit surreal.
“By the time we got on the bus, there was talk of a replay.

“The whole thing was very disappointing. It is poor from the GAA. How did they let this happen?

McCloskey now hopes the advantage is with Antrim for the replay.
Prior to the first game, Meath were very much an unknown quantity for Antrim. Now they have played their hand, the element of surprise is gone.

The Saffrons fine-tuned their preparations for the replay with a comprehensive 3-28 to 0-14 defeat of Derry in Sunday’s Ulster SHC semi-final at the Athletic Grounds.
PJ O’Connell bagged a first half goal on his return to the fold while Ciaran Clarke and substitute Sean McAfee added further majors after the break.

While pleased with how Antrim performed, McCloskey is aware that Meath will pose a greater threat on Saturday.

“Irrespective of the other teams, you have to focus on your own performance. I think we went about our business well,” said McCloskey.

“From the set-up and the tactics to all the things we want to get right for next week.
“I suppose we are more focused on next week. We went out and we just wanted to see the game out. Obviously we wanted to win but our priorities lie next week in Croke Park.
“That was one of the main points before the game – we wanted to play for the full 70 minutes.

“Again, we can’t take too much away from today, it is going to be a different kettle of fish next week.
“We know what Meath are going to bring to the table. The day against Meath, we only played for 20 or 25 minutes in the first half and then we stopped.
“We are going to have to correct that the next day and play for the full 70 minutes.

He added: “We were moving the ball well and getting into good positions and the boys were shooting well.
“It isn’t going to be like that in Croke Park.

“Probably the biggest disadvantage we had the last day is that we didn’t know much about Meath.
“Now, we have an insight into what they are capable of.

“We have a chance now to set things right.”

With a place in the Liam MacCarthy Cup at stake for the winners, Saturday’s replay promises to be another tough battle for the Saffrons and McCloskey insists Antrim must deliver a better performance if they are to prevail.

“I won’t say we underestimated them the last day,” said the Loughgiel attacker.
“Going into a Christy Ring Cup final, we want to play well and stamp your authority on the game.
“I think the main problem was we stopped.

“We were coasting and we let Meath get back in the game before half-time and we couldn’t get going again in the second half.
“Every game is different. We have to stay positive regardless of whether they keep up or go ahead.

While O’Connell and Loughgiel’s Benny McCarry were added to the Antrim squad for Sunday’s provincial semi-final win, Antrim are set to be without a host of first-team regulars for Saturday’s rematch with Meath.

Conor Carson, Chrissy O’Connell, Ryan McCambridge and Ciaran Johnston all missed the win over Derry and will also be unavailable for this weekend while Conor Johnston, who hit 0-4 against the Oak Leafers, will also miss out.