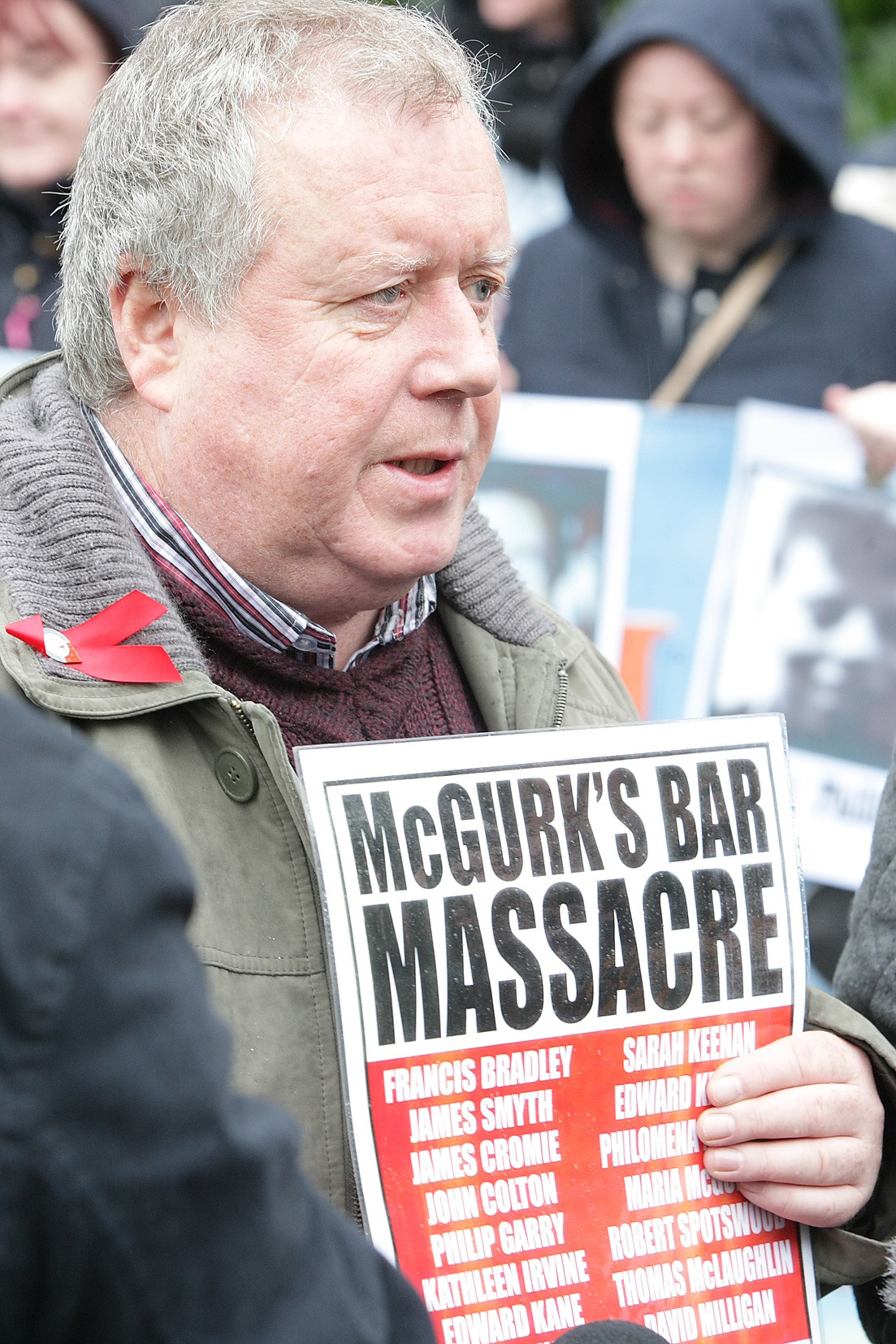 Robert McClenaghan’s grandfather, Philip Garry (73), was the oldest person to die in the 1971 bombing

FAMILIES of those murdered in the McGurk’s Bar atrocity will see the latest stage of their long battle for justice move to the High Court on Friday.

Speaking to Daily Belfast ahead of the hearing, Robert McClenaghan – whose 73-year-old grandfather Philip Garry was the oldest person to die in the December 1971 blast – said: “This case arose from the failure of former PSNI Chief Constable Matt Baggott to accept the findings of the Police Ombudsman that there was an investigative bias on the part of the RUC during the original murder inquiry in December 1971.

“Instead, the former Chief Constable asked his Historical Enquiries Team (HET) to publish a report rubbishing all 13 recommendations made by the Ombudsman. Since February 2011 our families have pursued a legal action to have that HET report overturned.”

Robert said that the Friday hearing could be the last chance for some older relatives to see justice done for their loved ones.

“It is vitally important that the impunity given to the RUC tin the HET finding hat they did nothing wrong in our case is overturned,” said Robert.

"This court case is extremely important for us. Is George Hamilton still maintaining the lie that the RUC did nothing wrong during the original investigation in December 1971? His words that he does not want to ‘defend the indefensible’ will sound hollow if he does.

“Many of our family members are old and infirm. This is their last chance to have the names of our murdered loved ones vindicated in open court. After waiting 44 years, the truth about the McGurk’s Bar atrocity must be told and the lies and cover-up by the RUC exposed.”