McKinley: ‘We won’t be taking Down for granted’ 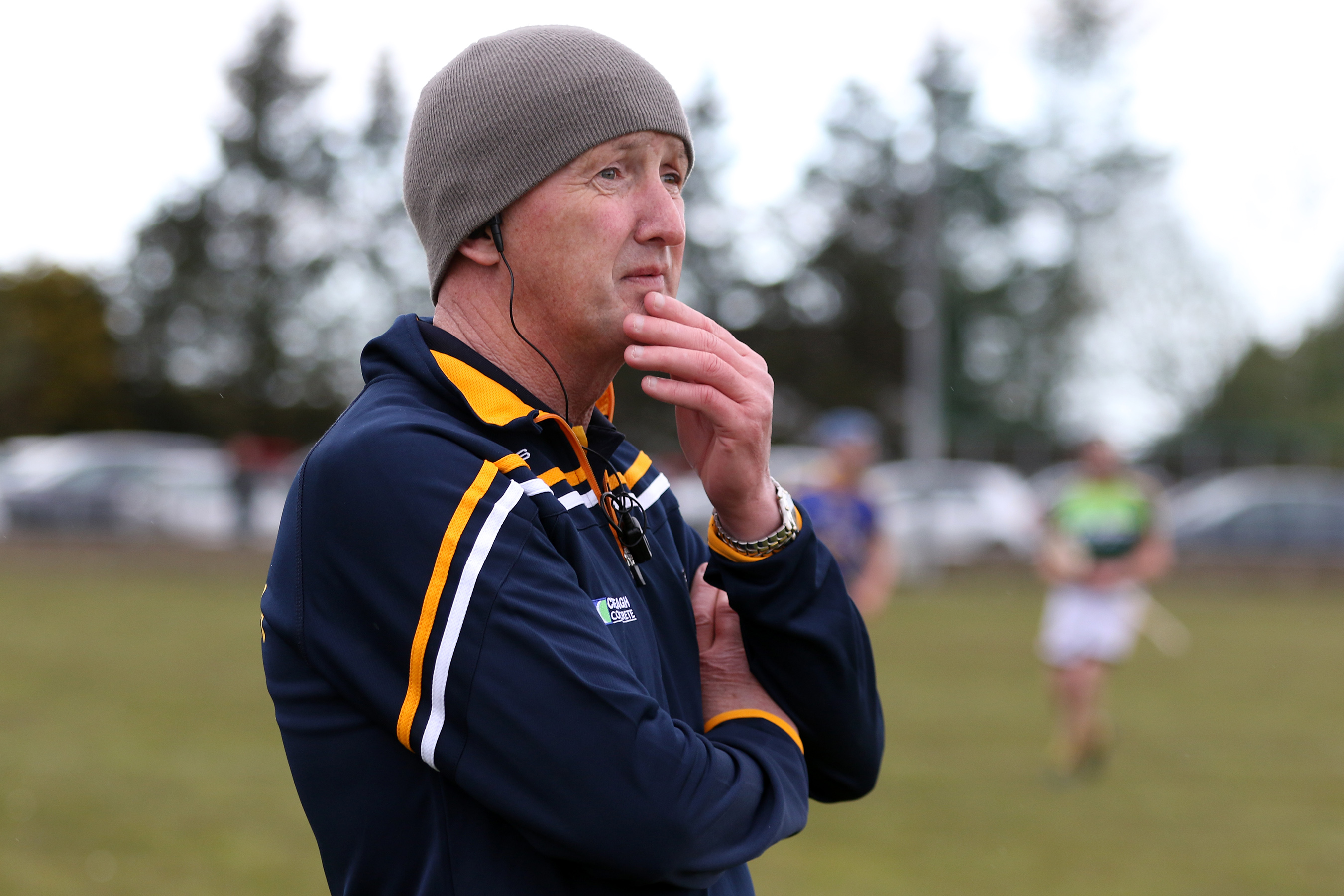 ANTRIM boss Dominic McKinley insists he won’t be taking the challenge of Down lightly ahead of Saturday’s Christy Ring Cup semi-final clash between the counties.
With an outing at Croke Park for next month’s decider at stake, ‘Woody’ is expecting a typically tight tussle in Loughgiel.

When the sides met earlier in the year in the pre-season McGurk Cup, Antrim laboured to a five-point win at the Dub.

Down could have claimed provincial honours in last year’s Ulster final only for some wayward shooting but, instead, Antrim retained their crown with a 1-15 to 1-14 win at Owenbeg.

“Everybody outside of Down will be thinking we should be beating them. That is a sticky wicket in itself,” said McKinley.
“Down are never easy to beat. I was up at the McGurk Cup final in Belfast earlier in the year and, if Down had of had their shooting boots on that night, they could have won the match.

“The Ulster final last year was a very close call as well.
“You can go back to any match we have played over the last six or seven years and there hasn’t been a great deal in it.

“I will be expecting another tight tussle on Saturday.”

The respective form of the counties in this year’s Christy Ring Cup also points to another close battle.
In the last round, Down claimed a 1-14 to 1-7 win over a Roscommon side which lost out to Antrim by five points in Dunloy in Round Two.
That win was far from convincing from an Antrim perspective.

Indeed, the Rossies took a four-point lead early in the second half and it took goals from Conor Carson and Nigel Elliott to see the Saffrons through to the semi-finals.
McKinley admits that the form of his side is a cause for concern going into Saturday’s Ulster derby.

“In the first 10 or 25 minutes against Roscommon we had a lot of scoring chances and we dropped a few into the goalkeeper’s hands and missed a lot of shots which we weren’t happy with,” said McKinley.

“They never seemed to get the fluency in their game. We got a wee break and hit a purple patch and got a couple of goals and moved on from there.
“We would be concerned about the slow start and how long it took us to get into the game.

“All these teams nowadays are way better than people think. I think it comes down to attitude and respect.
“If your attitude isn’t right, it is very important that those two aspects are there.

“It is something that we have been working hard on.
“You cannot take anything for granted.”

He added: “The players will feel that they should be winning these matches but they need to go out and do the business.
“It is at the stage now when our backs are against the walls and, if we don’t perform, there is very possibility that one of these teams could knock us out.

“The good thing was that, when they (Roscommon) got the goal, the guys lifted themselves and they moved on. That’s a plus.”

It will be an interesting week in the Johnston household as Down manager Mickey plots the downfall of an Antrim team which features his sons Ciaran and Conor.

“The two boys are two very good players and they are very much part of our panel.
“I am sure there won’t be much chat over dinner.

“We have the utmost respect for Mickey (Johnston) and the Down players.

“We are looking forward to the game.
“We all want to get into the Christy Ring final.”