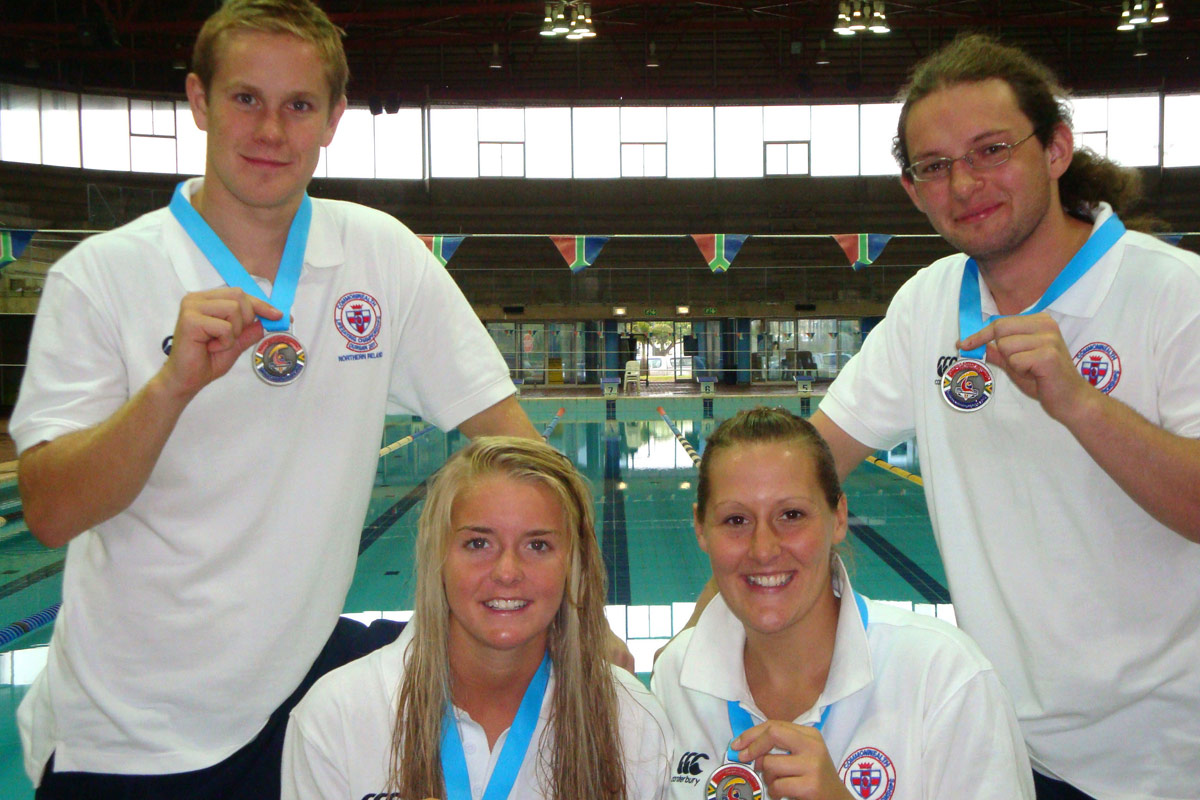 The Northern Ireland life-saving team, captained by Antrim Road woman Nicky Beirne, has returned from the RLSS Commonwealth Lifesaving Championships in South Africa with a silver medal haul after narrowly losing out to Australia in the simulated rescue team event.

The Northern Ireland squad finished fifth overall in the four-day competition held by the Royal Life Saving Society in Durban.

A four-strong team took silver in the SERC discipline (Simulated Emergency Response Competition) which involves the rescue of a variety of wet and dry casualties in a simulated situation.

“Casualties will have various injuries, some will be drowning, some unconscious, some submerged under the water, others on the bank may have conditions such as asthma,” explained Nicky.

The Northern Ireland team of Beirne, Sarah Henderson, Craig Knight and Aaron Moison looked set to take home the gold but were just pipped by Australia by five points after the final scores were allocated.

Sarah Henderson was NI’s top scoring female and finished second-placed in the overall rankings. Craig Knight was top scoring male who made the finals in his individual events.