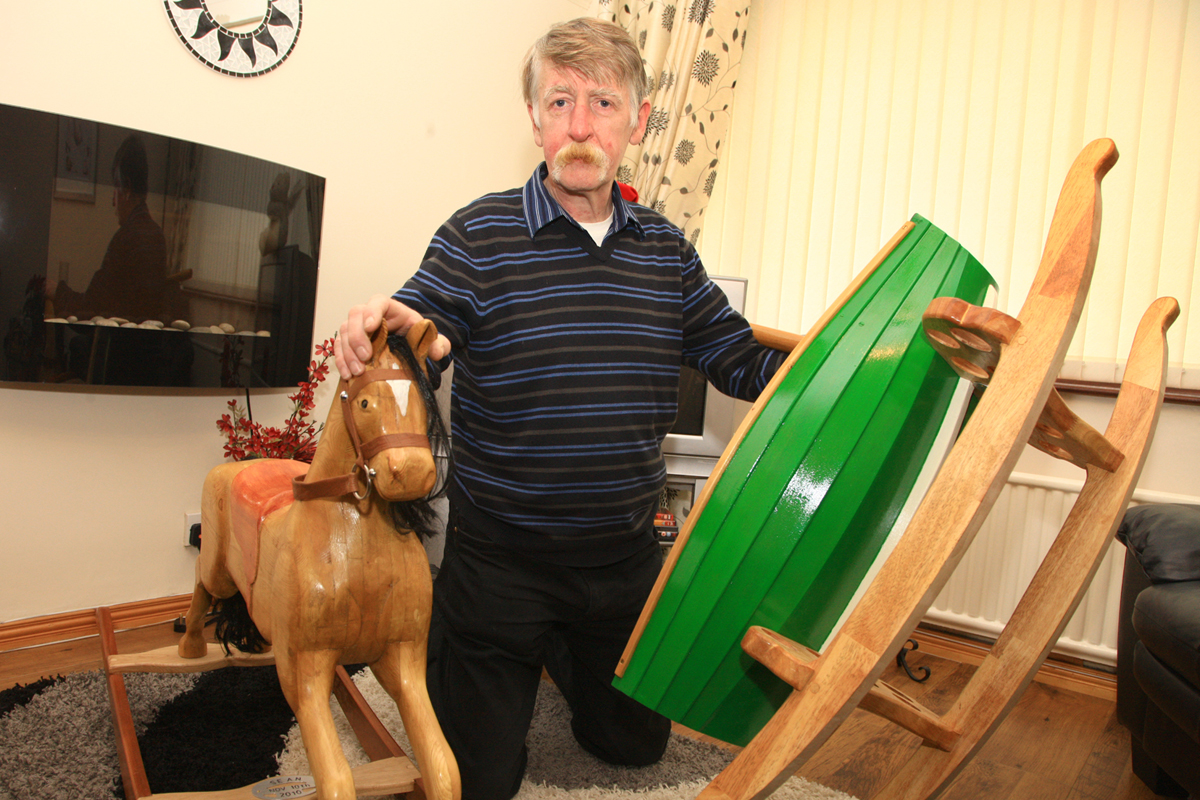 This is West Belfast’s very own Daddy Christmas.

Tony Devlin has been making toys for children in his garage and giving them away for free for the past seven years.

The Stewartstown man, who remains modest about his hobby, showed the Andersonstown News some of his beautiful  handicrafts this week.

Skilfully-carved rocking horses, boats and trains are just some of the items Tony has produced from old scrap wood this year and the Children’s Hospice and the PIPS suicide awareness charity are just two of the many beneficiaries of his exceptional talent.

“I’ve been doing this for seven or eight years,” says Tony, who spent 30 years teaching science and technology in a Downpatrick secondary school.

“This is what kept me sane when I came home from school after a bad day,” he laughed.  “It keeps me happy and I really enjoy making them and then giving them away.

“I have given some to my grandchildren but also to others. I gave a train to a local mother and toddler group this week. They are going to raffle it off and I hope it makes them a few bob.”

Once he’s got the idea and the design worked out, Tony works surprisingly quickly.

“I would say it would take around 20 hours to produce one of these. People know what I do and they are always offering me scrap wood like bunk beds and tables. I would say to people nearby, never leave timber in a skip or I will take it!”

When asked if he is the Santa of West Belfast, multi-talented Tony modestly declined the title.

“I wouldn’t go that far,” he laughed.