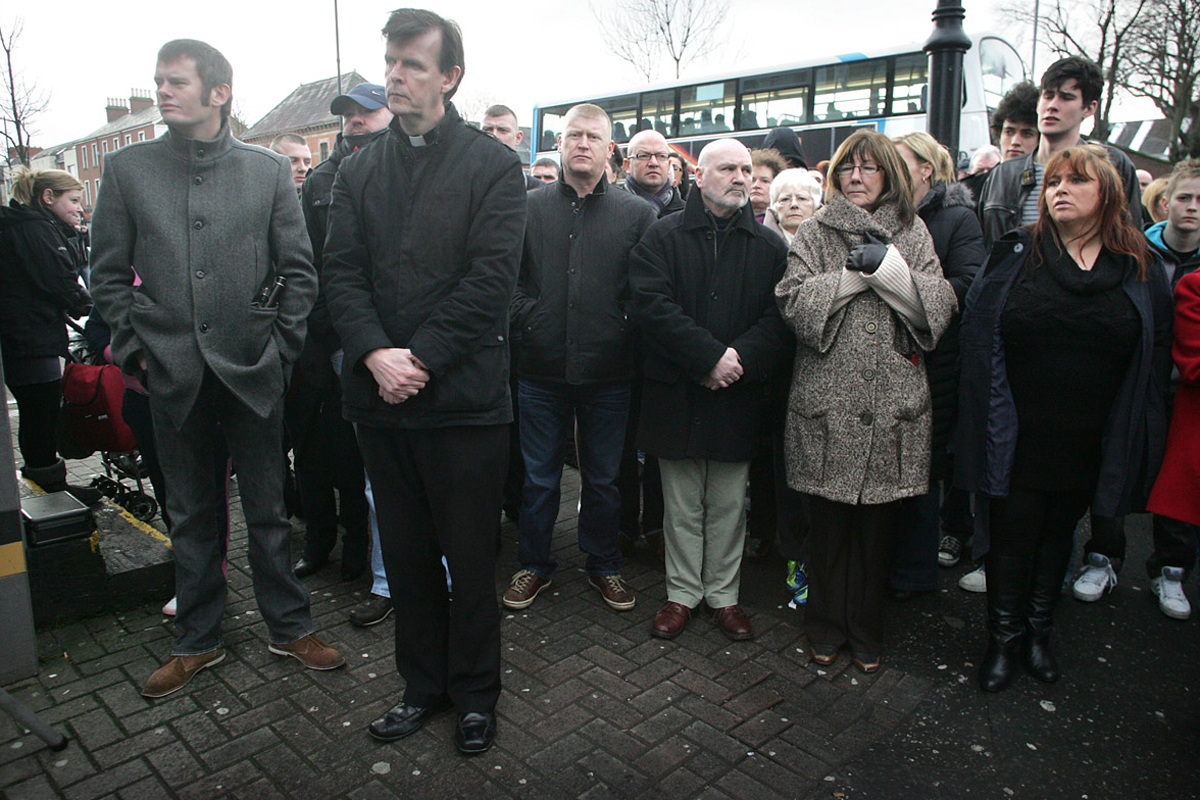 THE new memorial to the five people murdered in the Lower Ormeau bookmakers massacre has touched those who were not even born at the time of the atrocity, a community spokesman has said.

Hundreds of people attended the unveiling of the new sculpture outside the Sean Graham’s betting shop on Sunday to mark the 20th anniversary of one of the most horrific mass murders of the Troubles.

The unveiling of the striking memorial, which features images of the five victims: Jack Duffin; Willie McManus; Christy Doherty; Peter Magee and James Kennedy, was followed by a minute’s silence to mark the exact time two UFF gunmen burst into the premises and opened fire on the three men and two teenagers with a rifle and pistol.

A ceremony and mass at St Malachy’s Church which was also held came after the release of a Relatives For Justice report demanding an inquiry into the sectarian slaughter and the security force collusion behind it.

“The turnout for Sunday’s event was amazing, as we had around 400 people at the unveiling – locals and those from further afield. Even the younger ones who weren’t born at the time were touched by the ceremony. We could actually hear the gasps of amazement when we unveiled the sculpture.”

Speaking of the RFJ report, Mr Rice added: “The questions raised in the report cannot be ignored. The gun used in this atrocity had been in the possession of the RUC before being handed back to the UDA who used it to kill in the attack on the Devenish Arms. What had Special Branch done to try and recover the gun? The victims’ families deserve answers.”