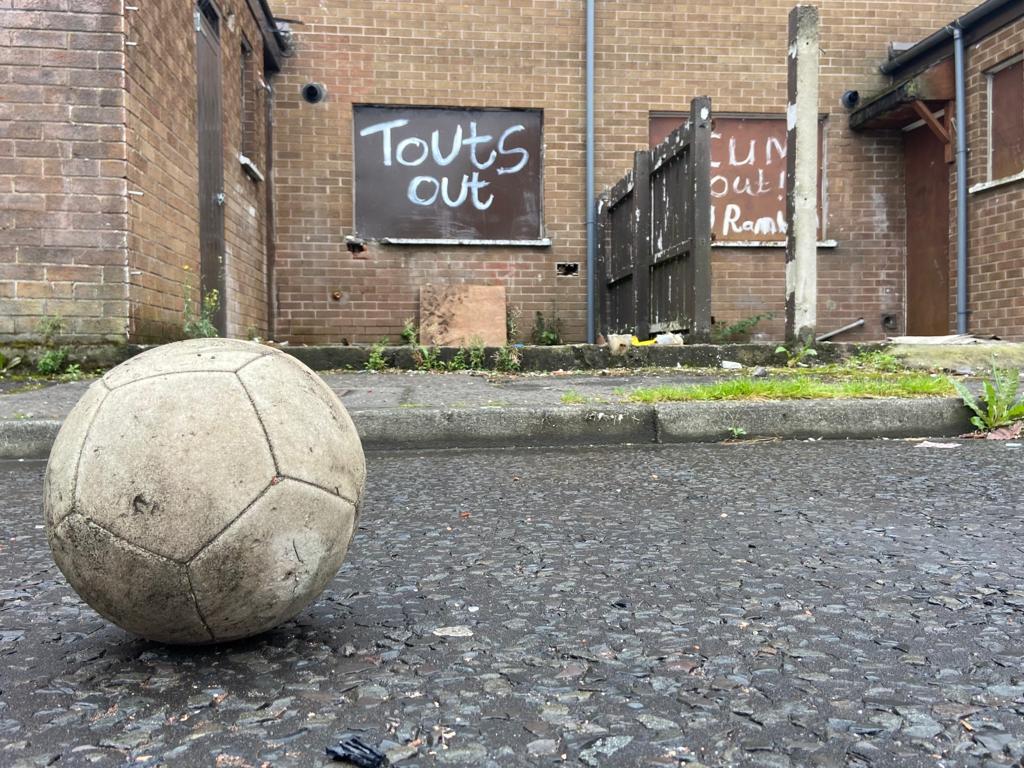 In a matter of days, 134,000 Universal Credit (UC) claimants in the North will have their payments cut by £20 per week across the board. This is a cut of £86.67 on the monthly payment. In twelve months, this cut will remove over £139m from people’s purses, all of which would be spent on food, clothing and other essentials in the local economy.

But hey, why worry — helicopter money is on the way. The Department for the Economy has launched the High Street Scheme which is designed to “boost businesses across the retail, hospitality and services sectors following the impact of the Covid-19 pandemic”. Assuming every adult applies for the £100 'spend local' credit card, and every pound is spent, this will put £140m into the economy, with another £5m going to the company making the cards and on administration, including a research report by the Retail Economics consultancy which advised on how such a scheme operated in Jersey this time last year. Less than half of the Jersey spending went on food and clothing.

The trouble for UC claimants is that the £100 credit card makes up for just five weeks of the cut in UC payments. So Her Majesty’s Treasury has removed £139 million per year from the most hard-pressed individuals in the North while the Department for the Economy is distributing £140 million across all adults rich and poor.

There has been heavy lobbying of the Chancellor of the Exchequer to prevent the UC cut. He has ignored representations from the devolved administrations, from the churches and anti-poverty lobby groups, from trade unions and even from a few Tory MPs including six former work and pensions secretaries — note the high turnover rate. According to a Whitehall leak, “the internal modelling of ending the UC uplift is catastrophic. Homelessness and poverty are likely to rise, and foodbank usage will soar”. Maybe there will be some sort of tweak to the scheme in the forthcoming budget.

I mean, why would you want to make that Universal Credit uplift permanent? Another arresting @FT chart (taken from another great report from @sarahoconnor_) https://t.co/kGutvKjDx6 pic.twitter.com/4y1zdjw1zC

Having spent at least £372bn on pandemic-related interventions and propping up the economy during the Covid pandemic, Rishi Sunak is calling time on the furlough scheme (£68.5bn to date) and the UC uplift (£6.6bn per year). The reasoning behind the latter is particularly galling and ignorantly argued. The panicky £20 increase was first introduced because ministers feared the political backlash from hundreds of thousands of newly unemployed workers discovering for the first time just how dire and inadequate the British benefits system has become after ten years of active undermining and claimant shaming.

As a fixed amount, the £20 was hopelessly targeted: it was the same no matter your circumstances or needs. Or put another way, the standard amount of UC for a single person under the age 25 (£11.31 per day) is to be cut by 25 per cent (to £8.46 per day), for over 25s by 21 per cent, and for a childless couple by 14.5 per cent. These differences were never explained or justified. Also, nothing was done to raise the benefit levels of those surviving on so-called legacy benefits (such as Income Support and Employment and Support Allowance) and not yet transferred to UC.

Cuts to Universal Credit will be sharply felt this winter – accounting for an average income reduction of 5% but an up to 25% fall in the value of the standard allowance for a young single claimant, & a 15% drop for a couple where either partner is 25+. https://t.co/Bli16Q1eBV pic.twitter.com/RTV9Ta3raB

Prime minister Johnson has argued that higher paid jobs are the alternative to UC and work and pensions secretary Thérèsa Coffey spent a round of interviews cluelessly stating that UC claimants would only have to work a couple of extra hours a week to make up the 'reset'. This is nonsense: because of the way UC is withdrawn for every additional pound earned, the extra hours of work needed are more like nine hours.

Missed our quick-fire analysis yesterday? Here's why Universal Credit claimants take home as little as £2.24 for every extra hour worked – highlighting how hard it is to work their way out of a huge living standards loss this Autumn: https://t.co/382BoqZVpZ pic.twitter.com/gQ46GQV7gH

To be clear, as a mash-up of former means-tested benefits and in-work tax credits, UC provides below-poverty line support for a) those who can’t work, b) those who are unemployed, and c) those who work but whose wages are too low to make ends meet. Providing, of course, your savings are below £16,000.

So what is the situation with UC in the North? The implementation of UC started four years ago in September 2017 on “a phased geographical basis”. It was paused when the pandemic arrived so from the published statistics we can see the direct impact of Covid on the UC scheme.

What do we know about those on UC? Of the 103,550 households receiving UC (May 2021), over half (54 per cent) are single people without children. Another third (32 per cent) are lone parent households. So these are the people taking the brunt of Rishi Sunak’s decision. The single households will have their UC cut on average by 16 per cent while lone parents face an average cut of eight per cent. This is without taking any account of the rising costs of eating and heating.

How is he getting away with it? https://t.co/66WRUlgmUY

How does this compare to pandemic-related social protection in the Republic? Aside from the employment wage subsidy scheme, those losing their jobs because of the pandemic were eligible for PUP – the pandemic unemployment payment of €350 per week. This is now being phased out: the scheme was closed to new applicants from 8 July. The payment was reduced by €50 on 7 September and will go down a further €50 on 16 November. In February 2022, the payment will be aligned with the lowest means-tested benefit available in the Republic, currently €203 per week for an individual.

Anyone in the North who still thinks the British welfare system is a reason for believing in the “precious union” needs to look at the facts. A 26-year-old on UC will receive the equivalent in purchasing power of 107 dollars per week from 6 October under the British system. The minimum that individual can expect in the Republic is 259 dollars per week. No wonder the United Nations rapporteur on extreme poverty, Professor Olivier De Schutter, wrote to the British government stating that the £20 UC cut was deliberately regressive and incompatible with Britain’s obligation to protect the human right to an adequate standard of living. But then, he’s talking to a government that includes a deputy prime minister and justice secretary (Dominic Rabb) who is on record (2009) as saying: “I don’t support the Human Rights Act and I don’t believe in economic and social rights”.

Perhaps the Department for the Economy could facilitate a scheme whereby those who don’t really need £100 could donate it to one of the 60 foodbanks operating in the North. Alternatively, buy food and drop it off at a suitable collection point yourself.