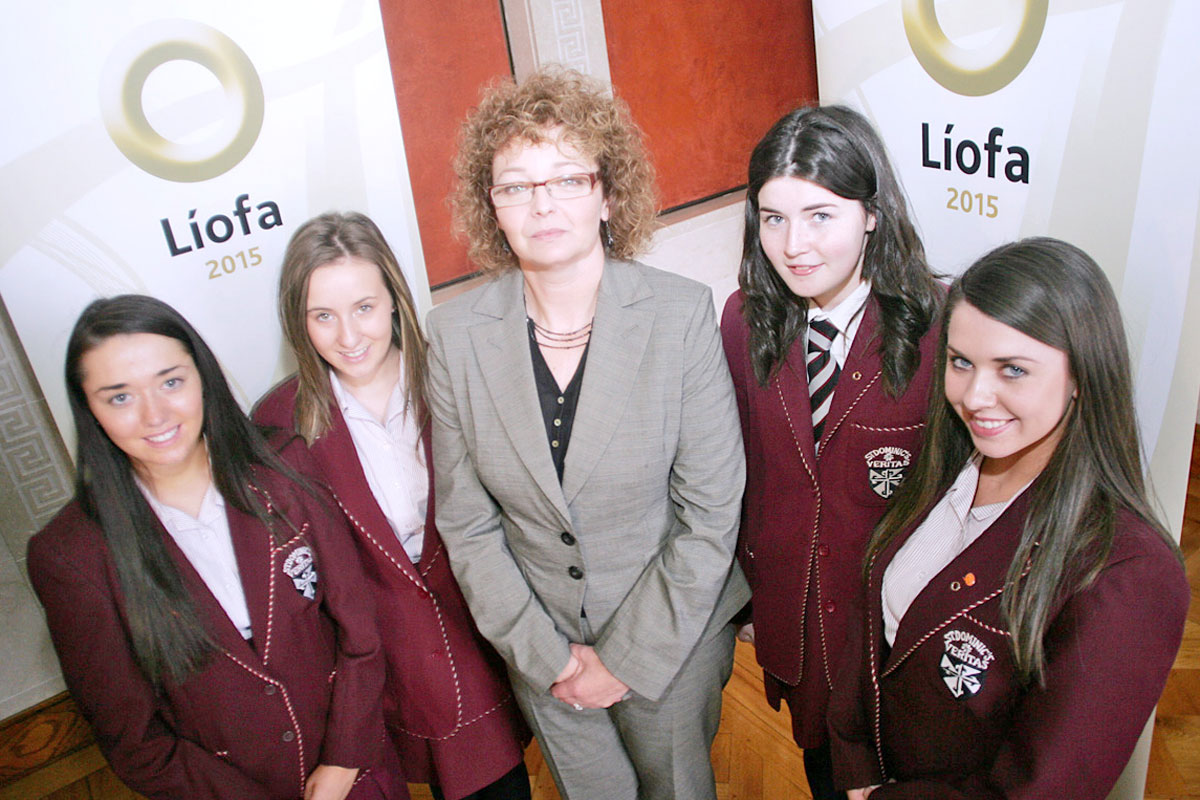 PEOPLE from across the city and beyond have been asked to become ‘líofa’ – fluent – in Irish by 2015. Launched this week at Stormont by Culture Minister Carál Ní Chuilín, the initiative hopes to create 1,000 new Irish speakers by 2015. The minister said she hoped that people from across the political divide will take up the language, which should be seen as belonging to all communities.

“It’s great to see a minister in the culture seat who sees the importance of promoting the Irish language. We in Belfast City Council will play our part in making up the numbers of people who are prepared to sign up to Líofa.

“Already we have commitments from a number of councillors who are prepared to attend classes in the coming months with the hope of achieving silver Fáinne standard,” he said.

“My hope is that this will give them a sufficient base and hopefully they too will become hooked and challenge themselves by signing up to Líofa 2015. To focus on picking up Irish is a big challenge, but if you apply yourself, this is a real possibility, especially if you studied it even at basic level in the past.

“The party in Belfast as a whole will embark on a strategy to inspire party members and other organisations to encourage participation in this wonderful initiative.”