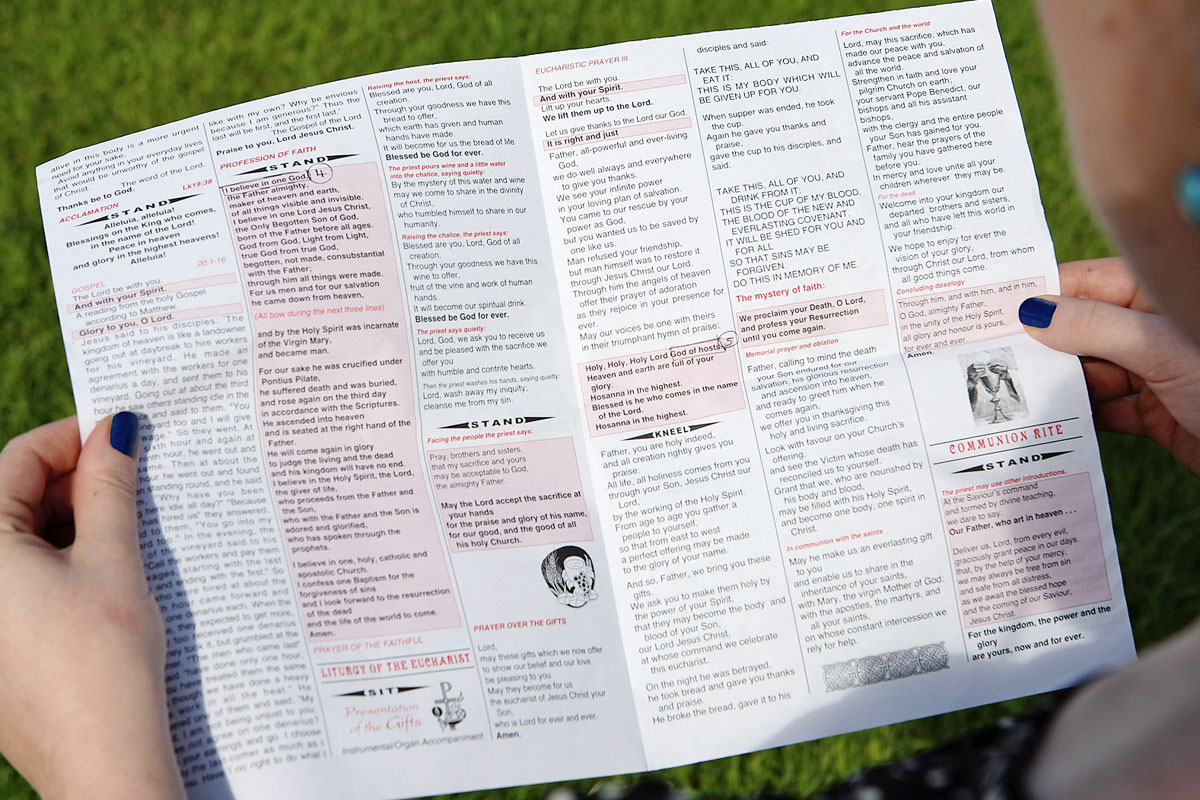 IF you thought your ears were deceiving you at Mass on Sunday – you weren’t the only one.

A new Roman Missal incorporating changes to the responses in Catholic Mass began on Sunday and is being phased in with full implementation of the text completed by the first Sunday of Advent on November 27.

Fr Michael Murtagh from Clonard church explained that there are at least eight major changes in Mass responses which will be explained to parishioners by an information leaflet over the next eight weeks.

“Basically, the reason behind the change in responses is because when the Roman Missal was translated into English it did not capture the exact translation of the original Latin words,” he revealed. “This was when we were moving from a Latin Mass to Mass in English. This was during the 1960s and over the decades since, some have argued for these words to be changed back nearer their original meaning and this is what is now happening with the new translation,” he said.

“There is never a good time for change. Some are wondering why now, when the Church has so many other issues to be concerned about. Yes, there are many challenges facing the Church, both in Ireland and worldwide, but we are seeking to address a long-running debate within the Church as to the original translation of the original Latin Mass texts.”

Fr Murtagh told the Andersonstown News that opinions on the new responses were “mixed”.

“The people in Clonard Church responded well as they each had a laminated leaflet that had all the new responses of the Mass on it. They answered the prayers very well. Some people did say they preferred the old responses and questioned the reasons for the change. One benefit that I think many people noticed is how the new changes let people know when is the proper time to kneel or stand or sit during the Mass. Over the years this had become a bit varied in different places and many were confused as to when to sit or stand or kneel – I think the new changes make it more standardised. We all need to give it some time and be patient to see how these new responses will affect the way we pray and worship when we get to Mass.”

Up in Lenadoon, Fr Martin Magill from St Oliver Plunkett Parish said his parishioners had asked him if the changes were his idea.

“I had to tell them no, “ he laughed. “The new responses will take a bit of getting used to but they are very good responses. The reason behind them is to try to have a more spiritual sense of what is going on at Mass, try to factor for a deeper spirituality.

“Sometimes at Mass it can be easy to go on auto-pilot, but these responses can only be a good thing, you have to slow down and think about exactly what it is that you are saying.

“I’m all for change when it’s needed. The new responses have got us thinking about what we are saying at Mass which isn’t a bad thing at all. After a while I’m sure that people will be wondering what all the fuss was about,” added Fr Magill.