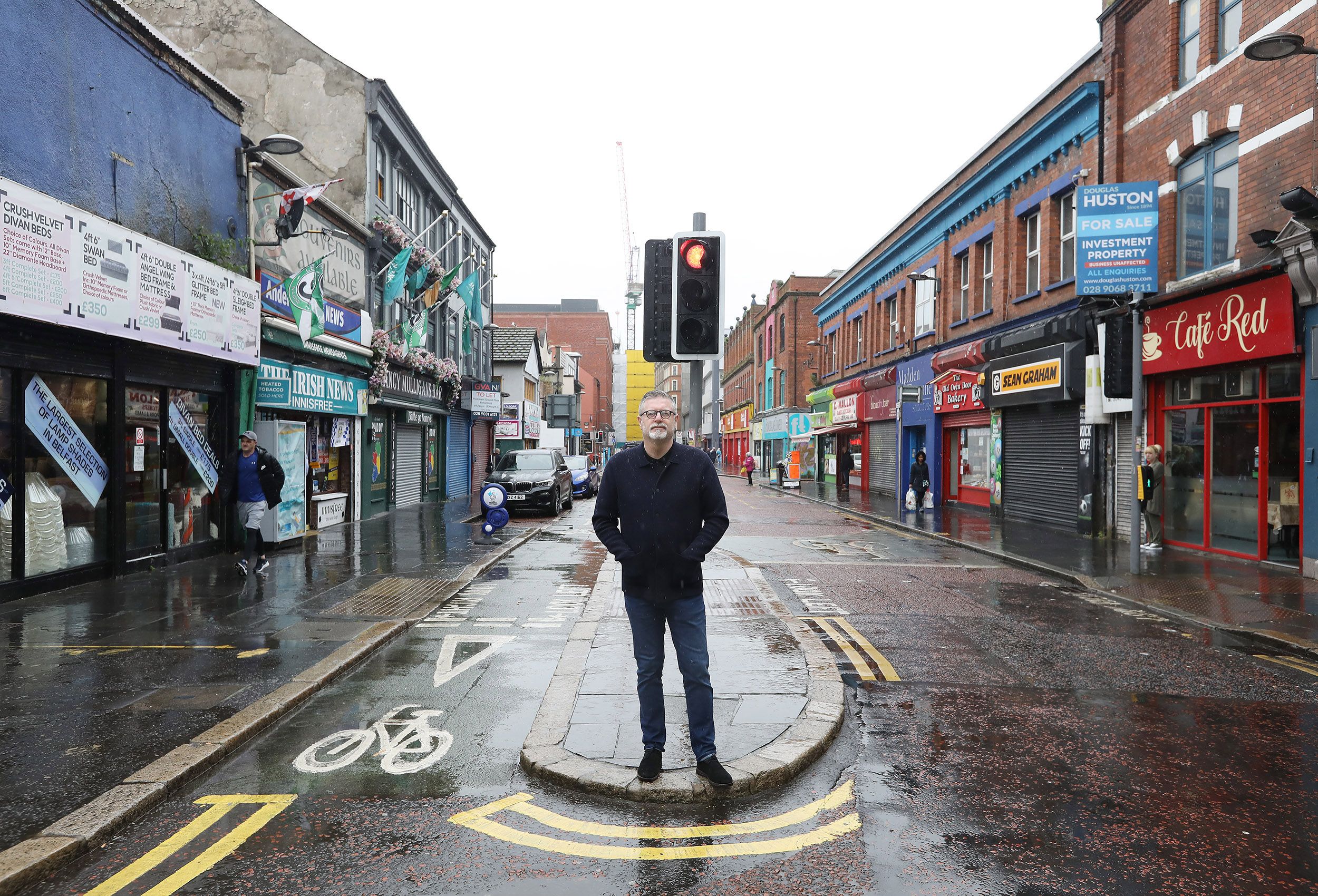 WHAT’S IN A NAME?: Jim McVeigh in Castle Street which he hopes will soon be renamed Connolly Street

Mr McVeigh said that several businesses along the busy thoroughfare have supported the bi-lingual proposal, which was handed into the acting Chief Executive’s office at the council on Monday.

“This has never been done before,” said Jim, “I don’t know if there is a set of rules as to how the council will handle this, this isn’t a residential area, this is the city centre.

Leading trade unionist James Connolly lived on the Falls Road in the years before the Easter Rising. He was executed by the British for his part in the 1916 Rising. Mr McVeigh, himself a trade unionist with SIPTU, said it was time for change in the city centre.

“When you look at the city centre, and I have, there are no women, there are no ethic minorities represented in the street names or public art. There are no working classes effectively and certainly no Irish of any description.

Dropped our petition to change the name of Castle Street in Belfast to James Connolly Street - Sraid Seamus Ui Chonghaile into the Chief Execs Office in BCC. Time for Change! pic.twitter.com/Sg4bZJiVYV

“This is probably the start of an equality review of the city centre and we should have street names and public art, which reflects the very rich and very diverse history of the city. It’s not a case of trying to push out or drive out anything British, it’s simply about having a balance in some respects.”

When asked, why Connolly?  Jim replied: “Connolly was a hugely international and national figure. A lot of people don’t know who Connolly really was, particularly on the unionist side. They hear the name Connolly and think of the Rising, of an Irish rebel but more than anything Connolly was a trade union organizer.

“He came to Belfast in 1911, made his home on the Falls Road and campaigned for decent jobs across the divide. It’s fitting that one of the main thoroughfares, particularly from the West of the city be named Sraid Séamus Uí Chonghaile, James Connolly Street.”

Jim said that proposals are being made to see another two streets named after Frederick Douglass and Mary Ann McCracken, both leaders in the abolitionist movement and prominent campaigners in 19th Century Belfast.

“It’s time for change in the city centre and the street names and public art should reflect that.”