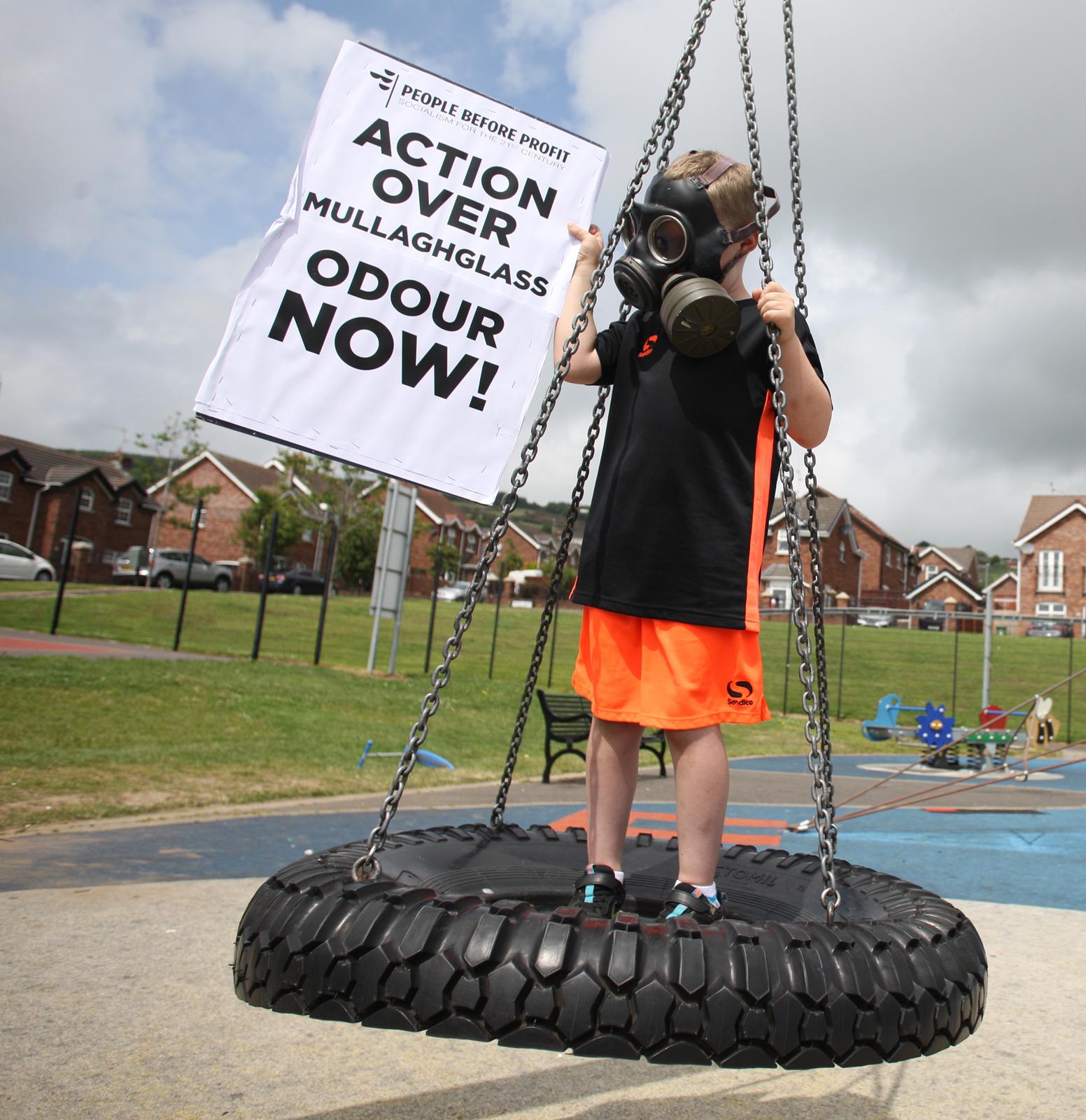 REPORT: Consultant respiratory paediatrician, Dr Ian Sinha, will look at the long-term health implications of the odour on children

FAMILIES living under a blanket of stench emanating from the Mullaghglass landfill site have commissioned a report into the potential long-term health implications of the smell on children.

The investigation will be undertaken by consultant respiratory paediatrician, Dr Ian Sinha, who is based at Alder Hey Children’s Hospital in Liverpool. Dr Sinha previously conducted an investigation into the Walley’s Quarry landfill site in Newcastle-under-Lyme, where residents reported similar symptoms to those living close to Mullaghglass such as nose bleeds, itchy eyes, sore throats and instances of asthma in previously healthy people.

The report into the Walley’s Quarry landfill in Silverdale, Staffordshire, has formed the basis of a current legal case against the Environment Agency after it concluded that exposure to hydrogen sulphide fumes from the site will have a lifelong detrimental effect on the future respiratory health of a child and will reduce their life expectancy.

Mairead Connolly from the Shut Down Mullaghglass Landfill campaign said that they contacted Dr Sinha after reading his report on Walley’s Quarry.

“Dr Sinha then contacted me as he wanted a first-hand account of what we were experiencing” she said. “We arranged a meeting with residents, political groups and our legal team so that he could hear from those affected by the odour.”

Speaking to the Andersonstown News, Dr Sinha explained the work that he conducted in Newcastle-under-Lyme and how that compares to the situation at Mullaghglass.

“Newcastle got in touch with me through Twitter on the day that we launched our clean air clinic in Liverpool," he said. "I had a look at their story and it was really sad, especially from my perspective as a respiratory paediatrician.

“I had never really thought about landfills before. When we think about clean air we think broadly about traffic pollution and industrial pollution. However, there seemed to be something quite specific about this and when I read more into it, I realised that it is probably more of a problem than most of us in the medical profession recognise.

“It was then through Twitter again that I realised the residents of Mullaghglass were going through a very similar process. I have met the community and there are some similarities in the symptoms and the problems that people are reporting in terms of children who should otherwise be well having signs and symptoms of asthma, adults who have previously been well being diagnosed with asthma in adulthood and lots of problems with nose bleeds, headaches and mental health issues” he continued.

“The differences lie in the response to this. In Newcastle I understand that the community feel supported by the Council, but less so in Mullaghglass which is a shame. In Newcastle, they have had some degree of support in monitoring the levels of hydrogen sulphide. In Mullaghglass I get the impression that there has been next to nothing which makes life very difficult for a community which is trying to show that their exposure to something is causing them problems.”

Addressing concerns about the approach taken by the Public Health Agency and the Northern Ireland Environment Agency, Dr Sinha added: “My academic background lies in research-based medicine. Because of that, you get used to making decisions when the evidence is often quite sparse. By the time you are smelling the gas it is clearly there in the air to some degree. It is very difficult to say to what degree but it is clearly there at a level this is detectable by the human nose.

“For me, I think the Public Health Agency and the Environment Agency are the experts in this, but they are very much looking at acute levels of the gas going high. That doesn’t happen to the types of levels where you will see massive acute problems.

“When they say that the smell is not hazardous, they mean you are not going to drop dead from smelling this and they are right. For me, the far more worrying thing is the chronic exposure, so when we look at children’s breathing they breathe more air than adults, they breathe faster than adults and they have immature immune systems that are less equipped to deal with things in your lungs that shouldn’t be there.

Here is the view from one side of Mullaghglass landfill - overlooking thousands of homes along the Belfast Hills, down into Lagan Valley & down towards Belfast Lough. The worst planning decision ever & they can't manage the gases/odours. @Mullaghglass123 @daera_ni @StinkStopthe pic.twitter.com/wj7jXrzeGC

“I think that the main problem that these kids will see, when I talk about a risk to life, I don’t mean that they are suddenly going to start dying, what I mean is that in their thirties, forties and fifties children may have lungs that are less well developed than they could otherwise be, which I think is far more of a worry and far more of a concern.

“I have met with some of the residents and I would like to speak again to some of the children and their families.

"I would quite like to work with the team in Belfast as well, as in my mind, the respiratory paediatricians at the Royal Children’s Hospital are some of the best in the country with real expertise.

"I also understand that there are some GPs in the area who are spotting patterns, so I hope to work with them when writing the report."

Harry Robinson from Phoenix Law, who are acting on behalf of the residents, added: “The safety of children is of paramount concern. It is really important that we fully examine the health effects that any emissions may be having on our young people.

“Children and young people are disproportionately affected by air pollution and we have a duty to ensure that our air is clean and our climate is protected to safeguard the health of our young people.”

We contacted the Public Health Agency and the Northern Ireland Environment Agency for comment but none had been received by the time of going to press. 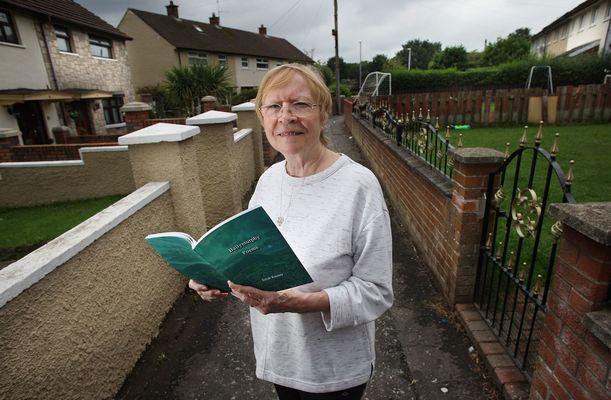 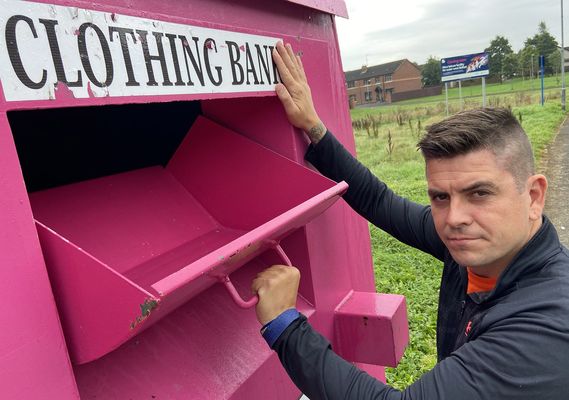 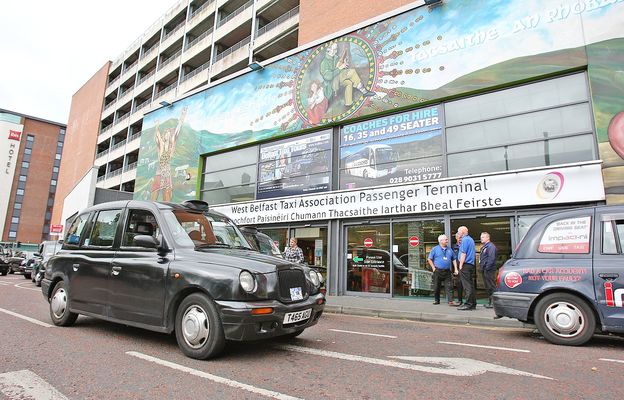